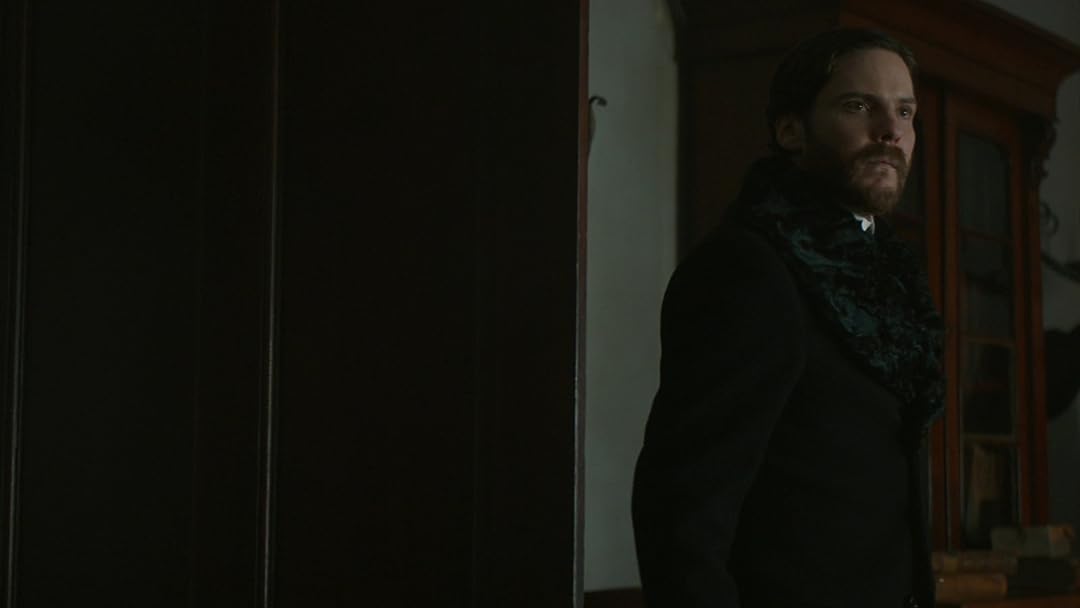 (4,095)
7.72018X-RayNR
The Alienist is a psychological thriller set in 1896 about the hunt for a serial killer responsible for the gruesome murders of boy prostitutes that have gripped New York City. Based on the novel by Caleb Carr.

ChristineReviewed in the United States on February 27, 2018
5.0 out of 5 stars
A Must-Watch TV Show
Verified purchase
I encourage everyone to read the novel upon which this wonderful series is based. I read it years ago, and it has stayed with me; this TV series is doing the same. They have captured the period the same way the novel did. The incredible sets, the corruption, the squalor vs. the obscene wealth,
the underbelly of the time . . . it is all here. The acting is also top-notch, as all of the principle characters seem so much of that era, rather than actors playing costume. And to see "old" pros like Grace Zabriske, Ted Levine, and Sean Young pop up in secondary roles is a real treat. The crimes themselves offer the series (as it did in the novel) the opportunity to delve into various themes: psychology, policing, class, sexual orientation, forensics, etc., and the series also provides a peek at the changing world of the time: telephones, fingerprinting, Socialism, women's roles, typewriters, and more. I think this series is a must-watch for fans of both criminal procedurals, historical dramas, and psychological suspense.
56 people found this helpful

Bruce HalpinReviewed in the United States on March 19, 2018
5.0 out of 5 stars
Very Good Adaptation of a Great Book
Verified purchase
Having read the book several times, I was thinking that the series would be disappointing but it is not. The characters are not as I had imagined them but that doesn't matter; the show is true to the feel of the book. It's excruciating to wait for each week's installment as this is a perfect vehicle for binge watching, but there will be opportunity for that the second time through. I read a review somewhere suggesting that this show was a couple of years too late, which I think is nonsense. We don't watch tv, only shows on Netflix or Amazon, so I may not be au current regarding the bulk of television viewing, but personally I've been waiting a long , long time for someone to make this and compared to the plethora of dystopian zombie bs that's out there this is a welcome relief.
22 people found this helpful

Sheila EnglishReviewed in the United States on July 18, 2020
5.0 out of 5 stars
Absurdly Good!
Verified purchase
I binged this show. It took me two days. That's how good it is!
It's set in late 1900's New York where what we now call a psychologist was once called an alienist. So you have the alienist, then an illustrator who works for the NY Times and last but not least a brilliant woman who is the first to work for the NY PD, though she is a secretary.
These three are interesting characters, but together they are off the charts amazing.
We follow a serial killer who kills young boys and our three heroes and their team are trying to capture him.
This is an amazing cast, amazing story. I can't wait for season two!

Quantum KevReviewed in the United States on June 29, 2018
5.0 out of 5 stars
Fantastic, gripping series - highly recommended!
Verified purchase
Fantastic series! Awesome acting, exhilarating, intelligent plot, excellent cinematography and attention to period. I was SO sad when it ended! I seriously hope they make a second season. The guy who plays the lead character - Dr. Kryzler I think it is? - is spectacular. There is some gore in it, and the subject matter can definitely be disturbing. But it's never gratuitous, and done as tastefully as stuff like that can be. If you like crime dramas with a strong psychological bend to them, this is your show.
11 people found this helpful

H. N. DoheReviewed in the United States on July 11, 2020
3.0 out of 5 stars
Looks like I'm... the ALIENATED...
Verified purchase
I love period pieces, and with today's CGI you can re-create Victorian-era cities in all their squalor. Some spoilers ahead, naturally. I did not like this... If you LOVED Daniel Bruhl's dull, lifeless portrayal as ZEMO in the Marvel Universe, you'll love him here. Once again he just shambles his way through the script, creating a colorless personality that I think we're supposed to look upon as a leader, as he and his comrades try to solve a series of gruesome child murders. Two things I don't care for in movies are child murderers and dog killers... Anyway, the script is slow on the uptake, takes you totally down a red herring suspect trail, before they finally bumble upon the real killer in a series of implausible deductive reason-ings.. I know this has a lot of folks who loved it... I for one was disappointed. It didn't live up to my expectations. So I will be the ALIENATED amongst the ALIENIST FANS...
4 people found this helpful

Chris B.Reviewed in the United States on August 7, 2020
3.0 out of 5 stars
GREAT ACTORS AND SETTING
Verified purchase
Although, this series has great actors, Dakota Fanning for one, and great settings, this series about a serial killer is somewhat dull, played like people living in 1890. The dialogue is true to the era, the police are brutal and unaccountable, the politicians corrupt, and the killers can get away with it because it keeps the population in fear and the police in full power. The costumes are first rate, horse drawn buggies in the dirty streets, it is a realistic view of London. The detectives work together as the team, putting together clues that will explain the killer's motivation and lead them to his lair... pretty well done but not as entertaining as True Detectives, also about a serial killer.

Code SlingerReviewed in the United States on August 25, 2020
5.0 out of 5 stars
Great Police Procedural
Verified purchase
I love this series. I have watched both seasons. It is well written and watching a police procedural set in late 19th century NYC is fascinating. The main characters are multi-dimensional, well acted, and the dialogue is believable. If you watch closely there is an occasional anachronism, but otherwise the sets and period details appears to be pretty authentic. My only complaint is that the villains are more like composite figures or caricatures than people. Lazlo and his team are chasing a concept or collection of characteristics rather than a living, breathing person. I am nevertheless looking forward to Season 3.
See all reviews
Back to top
Get to Know Us
Make Money with Us
Amazon Payment Products
Let Us Help You
EnglishChoose a language for shopping. United StatesChoose a country/region for shopping.
© 1996-2021, Amazon.com, Inc. or its affiliates