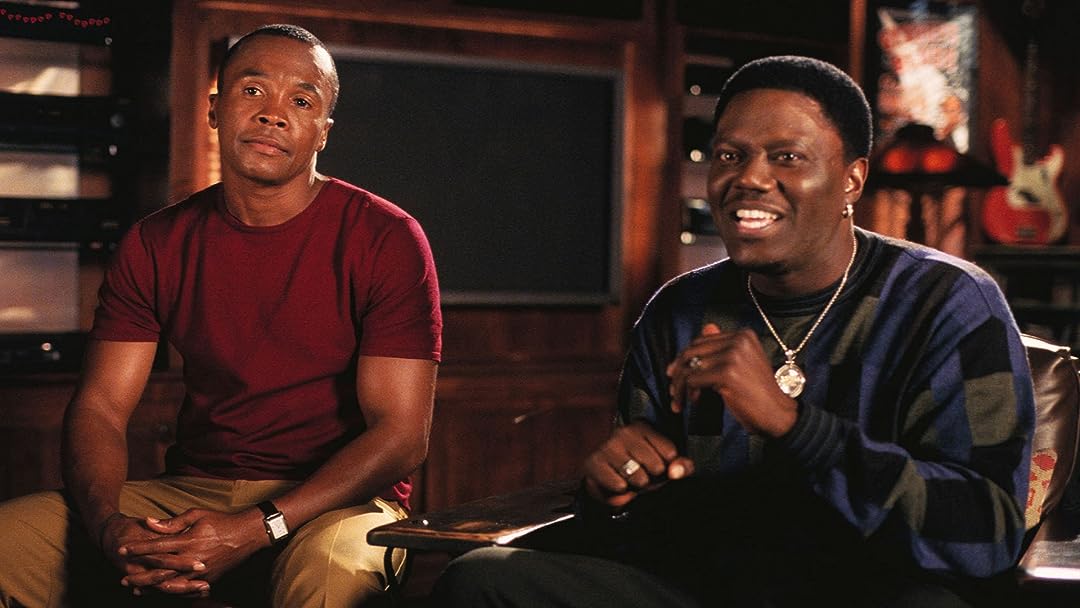 (340)
2002X-RayTV-PG
A stand up comedian suddenly becomes a father when he takes custody of his sister's three children.

Helen E. T. SmithReviewed in the United States on June 10, 2020
5.0 out of 5 stars
Nice, clean family show.
Verified purchase
Received one of my favorite shows. This is the funniest parental guidance show I have ever seen. I only wish that all the seasons were released. So far only season one has been released in all these years. Love this show.
15 people found this helpful

Laura K.Reviewed in the United States on April 7, 2021
5.0 out of 5 stars
Best family comedy ever
Verified purchase
Unbelievably funny but with many poignant moments and messages for parents and guardians. I loved this show before I became a parent but now with kids I love it 10x more. There is nothing easy or uncomplicated about raising kids and he captures that and makes us laugh at ourselves. Grateful for his legacy.
8 people found this helpful

ina shumakerReviewed in the United States on May 16, 2019
5.0 out of 5 stars
Love Bernie Mac
Verified purchase
Love and miss Bernie MAC. A great collection of comedy gems
14 people found this helpful

D. S.Reviewed in the United States on May 30, 2021
5.0 out of 5 stars
Love This Show
Verified purchase
Just one question: WHEN, OH WHEN, is the studio going to put the other seasons out on dvd/blue ray?
4 people found this helpful

D. O'NeillReviewed in the United States on August 23, 2005
5.0 out of 5 stars
Watch this show
Verified purchase
Perhaps one of FOX's most underrated shows (next to Arrested Development), The Bernie Mac Show is a gem of a comedy series that panders to no one. Using parenting as a background (which comes off more sucessful here than on ABC's My Wife and Kids, but is still a well written comedy), the show goes off in wonderful tangents that make you laugh. The pilot episode started it off with the line "I'm going to beat them in the heads until the white stuff shows." Not a line Ward Cleaver or Bill Cosby would've said, but is none the less a brilliant, and uncomfortable truth for many parents. The kids are three dimensional and don't spout sitcom cliches. Camille Winbush's Vanessa is every teenage girl who suddenly finds her world rocked, and hates every minute she spends with her Uncle, while the talented Jeremy Suarez is a perfect foil for Bernie. Even Dee Dee Davis, playing the youngest sibling, Bryana has more dimensions than most of the cast of Three and Half Men. The show is cleverly written and its great to see a "parent" on a TV show not know all the answers (which is, of course, the reason why Kellita Smith as Bernie's wife Wanda is there. She knows those kids, and knows their problems and knows, eventually, that Bernie will learn his lessons).

Like AD, Bernie Mac is shows what happens when creative freedom is given to a show. FOX may think in demographics, but Bernie Mac is one of those rare shows that crosses over to everyone. And that, I think, confuses them.

FlowerReviewed in the United States on April 29, 2012
5.0 out of 5 stars
Great show! Great for the whole family!
Verified purchase
This is an awesome show! We need more shows like this on T.V.! This is our second set that we have purchased. We love this show and so do our children. This is real T.V. To much junk on T.V. now days. In fact we cut the cord on our cable bill and we no longer have cable. We watch this show through Netflix on our Roku and our season one collection. We can't wait to see season two!

This show is so awesome, you will laugh, roll on the floor laughing, cry laughing.. Whew this is a funny entertaining show! So we like to take our DVD collection in our car so that our children can have something funny to watch, that is clean entertainment!.

You will love season one, and will be ready for season two to come out. Not sure what is taking so long, must be music rights etc... but we will be glad when it is released. As there is really nothing on T.V to watch, which is the reason we decided to stop wasting our money on cable. The Bernie Mac show is a show that we already had before we cut cable and we watch the show on a regular along with other great shows like soul food t.v. series, the wire, the boondocks, planet of the apes, etc.. This way we have T.V. the way we want it, and the shows that we like and we can watch the shows over and over, stop where we want to and pick up where we want to..

So if still have not decided on this T.V. series, you will be very disappointed if you pass this up. The quality of our first set was great. The art work and disc covers were in almost new condition. We purchased our first set used have just purchased our second set used(will come back and update this review to let you know how the second set looks). First set cost us $8.00 used and the second set cost us about $7 dollars and some change. So this will be a great addition to your movie collection.

Good luck with your decision... each episode is full of great entertainment!
9 people found this helpful

Lester L. CarterReviewed in the United States on April 24, 2006
5.0 out of 5 stars
A FOSTER CARE PRIMER
Verified purchase
From the moment I saw the first episode of the Bernie Mac Show I was hooked. Working with foster children, I feel this show addresses many of the problems foster parents and the children go through. Bernie Mac adds some humor to the situation but he does't leave out the feelings and adjustments everybody has to deal with. At first I was looking at the show for the entertainment, but, when the episode of Jordan and the telescope was over, I had chills up and down my spine. Then I had to watch all the episodes over again. My children, who are now adopted by me, love to watch these shows from time to time.

We are waiting for Season 2 to be released. Bernie Mac - 5 Stars

and if I could give you more I would. However, I will say this, if there is a mantle that Bill Cosby left when his show ended, you have earned it.
12 people found this helpful

BeYOUtifulReviewed in the United States on May 6, 2009
5.0 out of 5 stars
I never knew how good this show was!!!!!
Verified purchase
I have to admit, I didn't watch this show when it actually aired. But I am SO glad that I have added this DVD to my collection. This is a hidden gem of entertainment!!! Bernie Mac is the perfect blend of Bill Cosby, George Jefferson, and Fred Sanford, all rolled into one! Each episode shows a loving "father figure" who, despite being a little rough around the edges at times, always manages to show his family how much he loves and cares for them. Every single episode is laugh-out-loud funny! The chemistry between the cast is amazing, and everything about this show makes you think you are watching a real family in action. It is truly one of the best DVD collections I've ever purchased. I honestly can't think of another TV show that had as strong of a first season as The Bernie Mac Show. Pure comedic genius!!!!!
6 people found this helpful
See all reviews
Back to top
Get to Know Us
Make Money with Us
Amazon Payment Products
Let Us Help You
EnglishChoose a language for shopping. United StatesChoose a country/region for shopping.
© 1996-2022, Amazon.com, Inc. or its affiliates