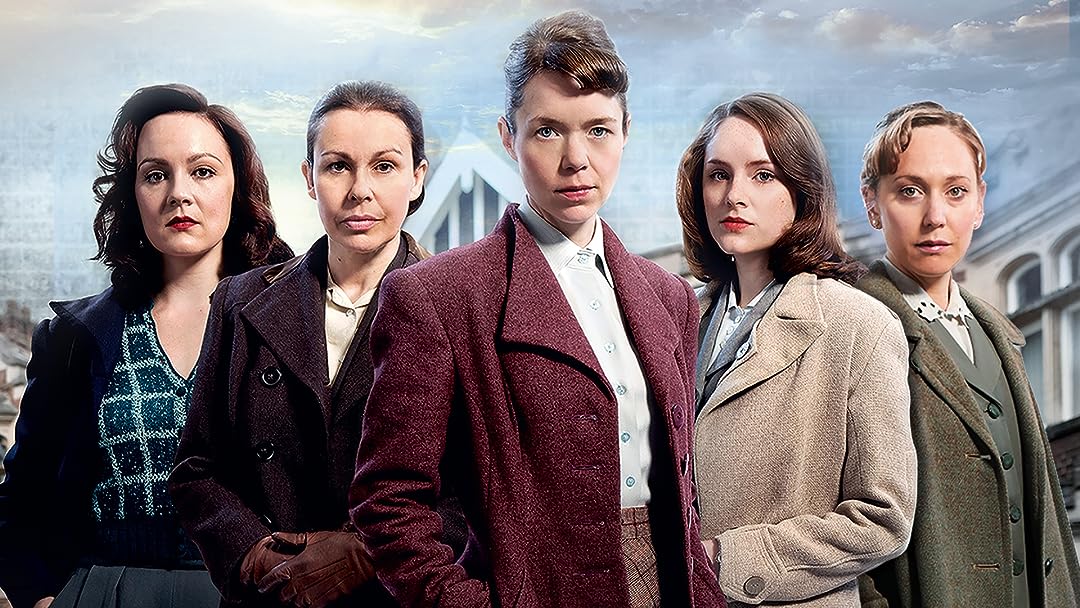 (23)
2014TV-14
Four seemingly ordinary women become the unlikely investigators of a string of grisly murders in this original thriller, set against the backdrop of post-war London. Starring Anna Maxwell Martin.

PawPawRonReviewed in the United States on August 22, 2020
5.0 out of 5 stars
Excellent Second Season Of A Really Suspenseful And Intriguing Mini Series
My Wife and I agree that the second season was even better than the first. The second season is split up into two mini episode plots that mesh together and bring another Bletchley Park heroin into the fold while one exits. Excellent storylines for both halves of this 2nd season that will engage you and keep you on the edge of your seat wondering what might happen next and there are some very unexpected events that take place.

My Wife and I have come to love British mystery suspense series and this has been one the best we have taken in thus far.
15 people found this helpful

KayeReviewed in the United States on June 7, 2020
4.0 out of 5 stars
Binge worthy post WW2 period
Clever and brave women with integrity uncover the truth behind post war cover ups using skills they excelled in at Bletchley Park. Love the different personalities and skills that complete this loyal group of friends. The only negative bit is that I wish there were more episodes. A series I will never forget. If you like stories based on historical events like Bletchley, you will love this series.
11 people found this helpful

LynnReviewed in the United States on July 15, 2020
5.0 out of 5 stars
Very Well Done
Interesting and pleasant to watch. Not blood and guts gory. Storyline is women who were Coders during the War apply their skills and knowledge to solve local crimes. Good cast
6 people found this helpful

Karen FeldhausReviewed in the United States on June 28, 2021
5.0 out of 5 stars
Amazing!
i have always been interested in WW2 based movies, but this show was fantastic to show how the women did their part in a whole new light. I was used to seeing women in the factories (Rosie the Riveter, for instance), but to show woman as main components to decode and aid the planning and execution of field orders and plans.

Well acted. Realistic. and much too short on episodes. I am so glad i watched this.

Decades ago i read a book my William Donovan, called "Enigma" it described the formation of the OSS and how it was the forerunner to the CIA. Enigma being the machine that the Germans used coded messages that changed every X amount of hours, i was fascinated. I saw one at the D-Day Museum in New Orleans., the name is now the World War 2 Museum. i realized right away that i would not have the patience to work that. so thankful that those women code breakers did and that because of them many things were found and thwarted

Thank you to all the women that did their part to save freedom, and whose lives these characters portrayed.

Todd SmithReviewed in the United States on July 6, 2020
5.0 out of 5 stars
Awesome science based investigating
My mother and I love it.we sit back and watch it admiring how daring and ambitious they are to investigate the way they are. I am an Engineer by traid and I love observing patterns towards predictable probable outcomes from data analysis. pretty awesome show. Highly recommend.
5 people found this helpful

R. CampbellReviewed in the United States on December 22, 2020
5.0 out of 5 stars
Brilliant
I think this is a brilliant series. There are only two seasons, but if you’re into a cross between Tom Clancy, John Le Carr’e and Agatha Christy with an almost all female cast, it’s binge worthy. These remarkable women maneuver almost invisibly because of gender bias, but they use it to their advantage.

GGReviewed in the United States on July 24, 2020
2.0 out of 5 stars
Inability to watch both seasons is lousy.
I like the show. It's annoying that, although I'm supposed to be able to watch season two, it won't let me. Very annoying. I dislike this video system. Netflix is way better.
One person found this helpful
See all reviews
Back to top
Get to Know Us
Make Money with Us
Amazon Payment Products
Let Us Help You
EnglishChoose a language for shopping. United StatesChoose a country/region for shopping.
© 1996-2022, Amazon.com, Inc. or its affiliates