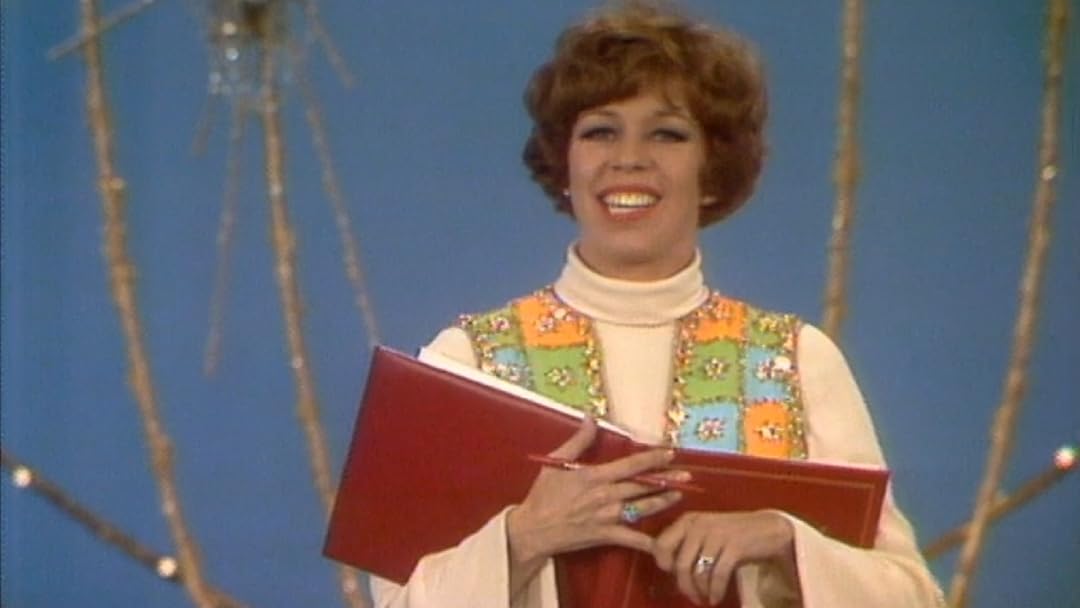 (20)
1969TV-G
One of the most acclaimed and influential TV series ever, "The Carol Burnett Show" is now available in full seasons, including episodes not available for decades.

songbird17Reviewed in the United States on June 25, 2020
5.0 out of 5 stars
Wholesome, racially "WOKE" ... while still a little sexist
Grew up watching this show and always loved it! Carol Burnett and her cast were amazing and super-talented, back when actors brought the triple threat of acting, singing AND dancing! I'd forgotten what a PRODUCTION her show was: the sets, the costumes (wigs and all), and Carol's Bob Mackie-designed ensembles worn during her opening monologues … are of the type and caliber you might only now see on movie sets!
It's really eye-opening, now (2020), to see how they poked humor (thereby highlighting) the temper and direction of the racial climate at that time (which they were - thankfully - on the right side of). Yet, so many of their sketches still held to the role of women in … let's say … less-than-girl-power roles (servile, groped by men, secretarial, etc.). The joyous irony, though, is priceless with Carol off-setting that by her objectifying teasing of Lyle Wagoner, Robert Goulet (and other male guests) … and her quippy responses to risqué questions posed by her audience.
It is no wonder that The Carol Burnett Show lasted 11 years and is still a joy - and a hoot! - to watch, even today! HATS OFF to Carol Burnett, Harvey Korman, Vicki Lawrence, Lyle Wagoner, (later) Tim Conway … even Pat Kelly (camera man, whom I don't remember at all from the original run of the show, but now chuckle endlessly over his "roasting" of Carol) … the dancers, singers, orchestra for an ALL-AROUND MAGNIFICENT SHOW!

Patrick PlankReviewed in the United States on May 3, 2020
1.0 out of 5 stars
Carol gets 5 stars.....Amazon gets 1
Carol Burnett will always be a 5 star performer to me, but after viewing these shows less than 2 months ago in their length, I can't recommend these 22 minute , chopped up versions of this iconic variety show.
If you're looking to see the great original production numbers and the full length movie spoofs the show was famous for, you'll be disappointed.
22 minutes isn't a show, It's a highlight.
8 people found this helpful

Lisa G. AverillReviewed in the United States on November 14, 2020
2.0 out of 5 stars
Viewers Be Aware! This is Not The Full Hour Length Show!
So disappointed that IMDB (teaming up with Amazon Prime) is cheating viewers out of the 1-hour original shows of this wonderful comedienne. Be aware that the "IMDB-TV" 'free' offerings are not the entire original 1-hour show! I had a sense of this in Season 1, when several of the guests highlighted in Ms. Burnett's opening remarks did not appear or if they did only once!! (Case Point: S1, E1): Jim Nabors does not sing, but merely appears in one tiny skit for a few brief minutes. S1, E2: Liza Minella NEVER appears in the brief 21 minute offering (which includes several ads taking away from the airing time). Bad form all way around!!
2 people found this helpful

LZReviewed in the United States on February 21, 2021
2.0 out of 5 stars
Not the full episode!
I watched season 2, episode 1 on Amazon Prime Video, and was very disappointed that the entire episode was not here. This show used to run an hour on prime time television, but only 22 minutes are here. As an extra disappointment, the end of the program is part of this cut, and shows the performers in costumes from skits you do not get to see in this shortened form of the episode - including Isabel Sanford, who apparently was a guest star on a part of the episode not shown! Jim Nabors was supposed to have sung on this episode too, but not shown here. A real disappointment, and no explanation of why the full episode is not here.
2 people found this helpful

MattReviewed in the United States on April 24, 2020
1.0 out of 5 stars
All of the episodes are shortened to 20-22 minutes. Why?
I don't understand why the episodes on Prime Video aren't full length? A great deal is missing. Very disappointing.
9 people found this helpful

Kindle CustomerReviewed in the United States on September 10, 2020
5.0 out of 5 stars
Fun laugh out loud comedy. Perfect for me right now.
I am enjoying the whole series. I was looking for a laugh out loud comedy show to watch while recovering from a serious injury. Carol and her crazy skits and actors were perfect to distract me from pain and anxiety. There was lots of slapstick and athleticism like falling out windows and being hit behind doors. I ignored the occasional racism and sexism in the skits that were a sign of the times. Back then women were more often homemakers. Wonderful stuff! I could hug the whole staff.
One person found this helpful

Mark HiltonReviewed in the United States on January 11, 2021
3.0 out of 5 stars
This show is the edited version that aired in syndication
The Show is all over free streaming sites. This site for some reason decided to buy only edited versions of the show(all music and 30 minutes of sketches). Check out other free streaming sites for the full hour (50 minutes). A popular HDMI sreaming stick (starts with an R) has a free channel on Samsung devices. Check out the full show there. Carol Burnette worked hard to get this series on streaming and Prime is not right to cut so much of the show. She wants us to see the show as it originally aired( as a variety show) . I have seen only edited versions on tv back in the eighties. I recently bought the best of DVD set that incl. Full Eps from seasons 6-11.
One person found this helpful

Phil LowreyReviewed in the United States on May 12, 2020
1.0 out of 5 stars
Show the full episodes!!
Why would you take a classic variety show from that era, and not let a new generation enjoy the whole thing? Glad this was free from Prime, because I would have demanded money back for this half episode waste of time
6 people found this helpful
See all reviews
Back to top
Get to Know Us
Make Money with Us
Amazon Payment Products
Let Us Help You
EnglishChoose a language for shopping. United StatesChoose a country/region for shopping.
© 1996-2022, Amazon.com, Inc. or its affiliates