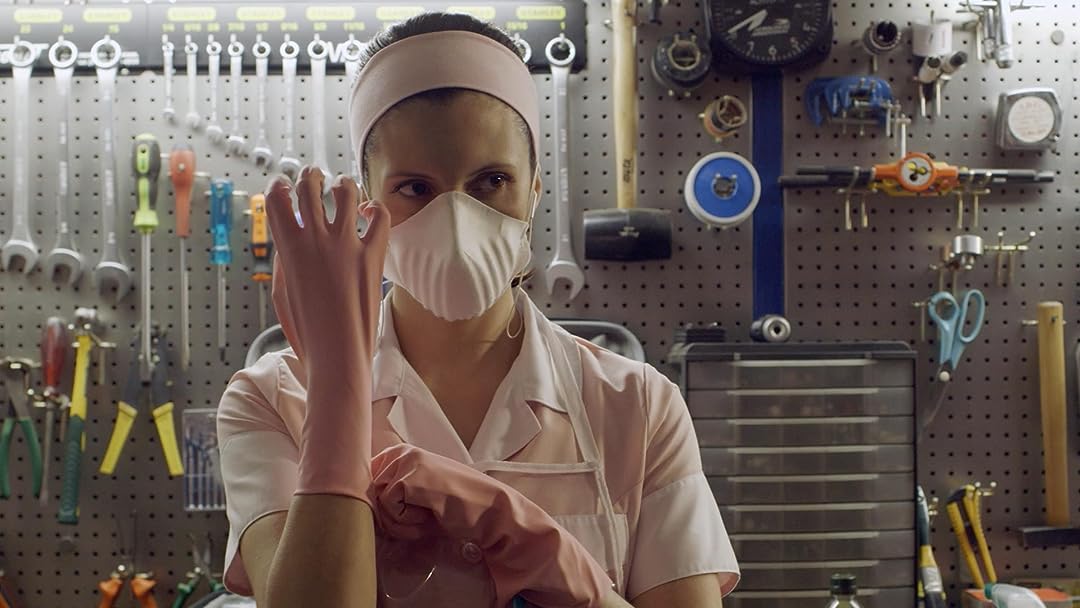 Season 1
(10)
201716+
Rosa works in cleaning. Your goal is to save your child. That night something strange happens and she is forced to do what she knows: clean.

Luisa G AraizaReviewed in the United States on January 4, 2022
1.0 out of 5 stars
NO ENGLISH LANGUAGE
Verified purchase
I tried to change the language but didn't have a choice. Only Spanish
7 people found this helpful

Bichon MomReviewed in the United States on January 17, 2022
4.0 out of 5 stars
Original series set in Argentina is very well done
The Cleaning Lady (la Chica que Limpia) is a 2017-2018 Argentina TV series created by Greta Molas. Season 1 has 13 episodes, each just under a half hour.

This drama has a very realistic feel. The actors are all excellent and the short episodes move quickly. The cleaning lady is a single mom who is trying to do her best for her very sick young son who is in need of a transplant. She gets forced into working for an organized criminal element and the drama switches between her actions cleaning up the grisly crimes scenes and the police detectives trying to solve a series of murders.

I was eager to watch this since it is the original series that is the basis for the 2022 network TV series in the US. There are significant plot changes in the US series, most likely to adjust to the cultural differences. Since the US version just started, I have only seen a few of those episodes but, so far, they are not as well done as this original.

This is a very engrossing series, ideal for binge watching. It is in Spanish with well done subtitles. I would much rather watch a show with subtitles than one that is poorly dubbed. This is a very easy to follow series, even if one does not speak Spanish. Season 1 does wrap up the storyline very neatly. I enjoyed watching it.

SueReviewed in the United States on February 11, 2022
5.0 out of 5 stars
Inspiring while entertaining !!!
Rosa, the Cleaning Lady, is wonderful as a single mother with a sick child who needs a bone marrow transplant. She is a good mother and a hard worker. She is very good at taking a filthy room or car and cleaning it.

This is a marvelous mini series and I have hopes there will be a season 2.
One person found this helpful

C. Ray-HallReviewed in the United States on February 27, 2022
4.0 out of 5 stars
Ignore the 1% raters who can't read captions
You can read what it's about but what you can't know is that this interesting enough to watch and finish. Yes it's closed caption for non-Spanish speakers but it's a good story.
2 people found this helpful

whatithinkisReviewed in the United States on January 4, 2022
1.0 out of 5 stars
Totally predictable
Boring.
One person found this helpful

Anne WReviewed in the United States on March 16, 2022
2.0 out of 5 stars
Depressing
I watched 6 episodes and am giving up. It is depressing, though well acted. It is irritating to have to have subtitles.

Amazon CustomerReviewed in the United States on March 6, 2022
1.0 out of 5 stars
Slow & B-Roll
Difficult to watch because the pace is so slow and nothing exciting about the theme.
See all reviews
Back to top
Get to Know Us
Make Money with Us
Amazon Payment Products
Let Us Help You
EnglishChoose a language for shopping. United StatesChoose a country/region for shopping.
© 1996-2022, Amazon.com, Inc. or its affiliates