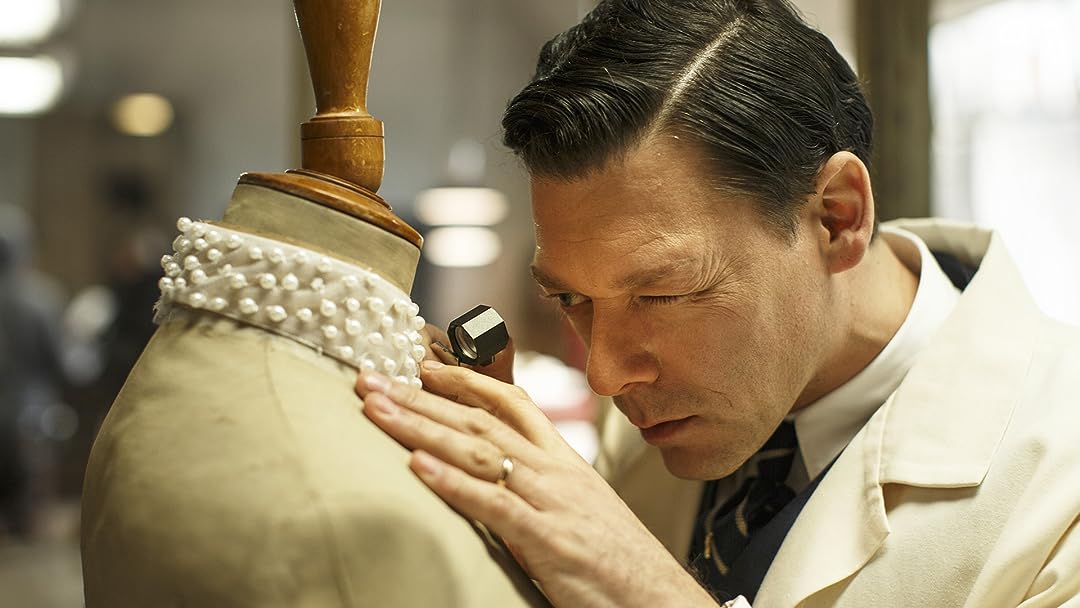 Season 1
(1,092)
7.02017X-Ray16+
A gripping family drama and entrepreneurial fable, set in a post-war Paris fashion house. It exposes the grit behind the glamour of a rising business, spearheaded by two clashing brothers. The atelier staff survived one war, but others loom; rivalries and romances pitting family against family, protégés against mentors, the past against the future.

Amazon CustomerReviewed in the United States on March 12, 2017
5.0 out of 5 stars
I felt gutted when it ended. I need another season!
Verified purchase
This show is amazing! I'm so hooked on all of the characters, everything was beautifully shot. It was great. I need to know what happened to Nina, Claude, Billy, everyone! Please pick a second season of this up, Amazon. I'm surprised this is getting no press. I only happened to stumble upon it in Amazon Video and I'm so glad I did, because I had heard nothing about it prior.
77 people found this helpful

lucy minnowReviewed in the United States on February 17, 2017
5.0 out of 5 stars
Fascinating Drama set in 1947
Verified purchase
When this drama appeared on my fire tv screen, I thought, well, I'll just watch a little bit of it, probably won't like it, find something else. The surprise, I couldn't stop watching it. The main character, Paul, is the epitome of an aspiring Frenchman after the end of WWII. He's mysterious, a little deceitful, well, may be more than a little, and his brother, no less. The mother is played by the fabulous actress, Frances LaTour, who is working hard at protecting and also forcing her sons to do what she wants while living the life she was deprived of in the past. And there's the anxious wife who suffers her husband's infidelities but still won't walk away. The Collection is the gorgeous designer clothes of the mid 20th century and the designer is Claude, Paul's homosexual brother who has to hide from society's shameful rules. And then there's another story in the midst of all this, what did Paul do during the occupation of France by the nazi's. And was he a collaborator? I hope there will be a season 2 because they left me hanging and wanting more. This is a superb, well-acted drama by some very wonderful actors.
124 people found this helpful

Lolo SwalmReviewed in the United States on March 7, 2017
5.0 out of 5 stars
Great new series!!
Verified purchase
I just finished watching Season 1 and my biggest complaint is that there is no Season 2. LOVED IT!
The storylines were intriguing and suspenseful. The last episode really leaves a lot hanging. I appreciated that we weren't spoon fed every thought and action. There was enough nuance to keep me wondering. The actors did a superb job of showing the complexities in their characters. Especially Nina, Claude and Paul who balance the changes in their life circumstances and the pushes and pulls of their loves and ambitions. I can't wait to watch it again (yes, I am going to re-watch it with my husband).
Great new series!!

equipageReviewed in the United States on April 24, 2017
5.0 out of 5 stars
What A Refreshing Change!
Verified purchase
I just seldom leave a review as so many others do already, but after binge-watching I decided to put in my two cents worth. The casting is better than many a series I've seen in a long time. Not a weak link in the bunch. The story of a design house is not my typical cup of tea, but the excellent writing and acting made even that compelling. The acting really brought these characters to life! The fact that it is set in Paris, a city I love, doesn't hurt. As I was heading closer to the last few episodes, I found myself reacting as I do when I'm reading a good book. I start pacing myself because I don't want it to end. Come on, Amazon! You cannot leave me hanging! The last moments of the all too brief Season 1, is too cruel of a cliffhanger to not carry on with a Season 2. And I thank you in advance for doing just that! Please?
29 people found this helpful

PadeloReviewed in the United States on March 31, 2017
5.0 out of 5 stars
I love period dramas
Verified purchase
I love period dramas. I can't get enough of them. So that was why I stuck with this at the beginning even though I'm not into high fashion. I watch a lot of dramas and many are predictable. Which is not that enjoyable for me. But this one, was anything but predictable. And you really don't know what exactly is going on until the end. I loved that. It had so many twist and turns. And you would find out one thing and then another question would arise. I found it delightfully complicated relationships. It's sometimes a dark drama but after the first episode, and after I had gotten to know the characters, I began to binge watch this and could not stop. I hope there is more of them coming.
25 people found this helpful

phowardReviewed in the United States on November 30, 2017
5.0 out of 5 stars
and the actors are wonderfully capable of making you feel their emotional states of ...
Verified purchase
This absolutely must be renewed for a second season! If you're looking for a period piece with the production values of Downton Abbey or Game of Thrones, then this is it. The intricate and sophisticated plot invests the characters with an intensity and dynamic tension you find only in classic theater, and the actors are wonderfully capable of making you feel their emotional states of mind as if you are inside their lives, not your own. The setting, subject, and the historical moment chosen for the story may suggest that this is just a 'period' piece, about post-war Paris and it's rebirth as the center of high fashion, but the basic conflicts all the characters face are surprisingly relevant to our current life: can beauty exist if the truth is hidden or purposefully altered to suit an immediate desire or objective. This series gave me just a little over six and a half hours of intense engagement and enjoyment-- if any movie could even come close to doing that I would happily go back to movie theaters even if it meant seeing a 'part one' and 'part two'. If nothing I've said so far convinces you to watch it, then at the very least watch it if you appreciate fine acting- as another viewer said they are each so believable and true to their characters!
18 people found this helpful

MLReviewed in the United States on March 14, 2017
5.0 out of 5 stars
Magnificent period drama.
Verified purchase
There are many great movies and TV series about Europe during WW I I, but what was life like after the war? This beautifully produced drama is set in Paris. A Paris that has been roughed up and beaten down by occupation; a Paris that needs to regain it's glamour in order to recover.
At the center of all of this is the Sabine family. A family roughed up by war; a family who, like Paris, did what it had to in order to survive. A family charged with helping Paris reclaim is glamour, and at same time reclaiming is own.

I never have given any thought to how Paris
emerged again as the Couture Capital of the world, or of the costs associated with failure.
This gorgeous show features couture clothes, mansions and wealthy characters, but behind all of it is a story about betrayal, loyalty and survival. What more could you want?
45 people found this helpful

Amazon CustomerReviewed in the United States on November 13, 2017
3.0 out of 5 stars
Enjoyed BUT HATE HOW IT ENDED! no spoilers.
Verified purchase
I would rate the show higher if it had not ended up with a whole ton of cliffhangers and no resolution to any of the plot lines. I have a bad feeling this is another show I've invested time in which didn't really end and there is no indication there will be a another season. The show was more than a bit soapy, and there was too much going on at times, but the production was gorgeous and the characters got more interesting as the show went along. If you are going to do original programming, and you aren't sure that it is going to make it, you could have some sort of ending in mind for a season that would leave breathing room for another one without just stopping abruptly. This makes me less likely to want to watch new shows in the future.
9 people found this helpful
See all reviews
Back to top
Get to Know Us
Make Money with Us
Amazon Payment Products
Let Us Help You
EnglishChoose a language for shopping. United StatesChoose a country/region for shopping.
© 1996-2022, Amazon.com, Inc. or its affiliates