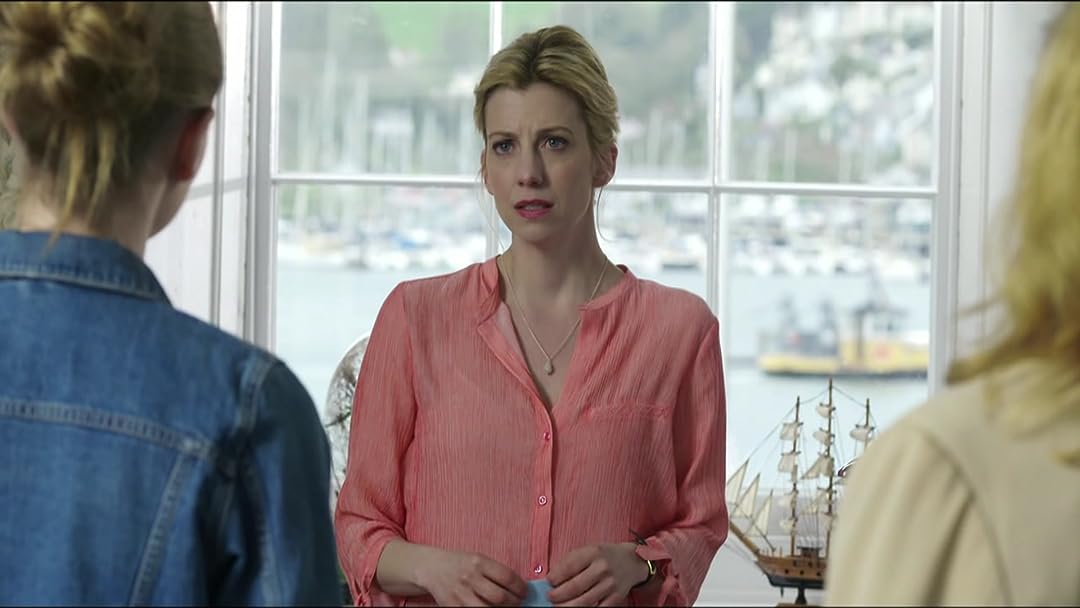 (266)7.02015TV-14
As coroner, Jane Kennedyâ€™s becomes an advocate for the dead as she investigates sudden, violent or unexplained deaths in this beautiful English coastal community.

MeepReviewed in the United States on December 18, 2017
5.0 out of 5 stars
Brilliant in every way.
Verified purchase
I really love this show. The writing is top notch, the acting is exceptional, and the setting is wonderfully beautiful. Every single recurring character is charming and delightful in their own way, and the mysteries are often actually mysterious. While the show is about a coroner and therefor deals with real human issues, so there are moments of genuine sadness and ugliness to be dealth with, it's also a gentle show that won't assault you with uneccsary violence or brutalities such as child or animal cruelty. The four main characers are the coroner, the cop, and the coroners mom and her boyfriend. I love them all, and each one is brilliantly realized by the actor that plays them. In fact, for my tast this show is absolutly brilliant and it had a large and growing following in Brittain as well has having won awards. I am as baffled as everyone else as to why it was unexpectedly cancelled after only two seasons (if you want to see season two in the US as this point, you'll have to buy the DVD). Go sign the online petition demanding it's return, so I can keep watching it, OK?
38 people found this helpful

M. R. JonesReviewed in the United States on November 4, 2017
5.0 out of 5 stars
Hard to find but now available on Amazon and worth it!
Verified purchase
My wife and I are thrilled to find this show on Amazon Video! We watched it on Public Television and unfortunately missed the first two episodes. Now we can watch them whenever we want. Series like these are hard to find as the BBC tends to market their shows for the UK only and leave Acorn to handle the US/Canada market. This show is not available on Acorn, so finding this on Amazon now is a real find. Thank you Amazon!
32 people found this helpful

Dan JReviewed in the United States on September 1, 2018
5.0 out of 5 stars
In many places the coroner has to have legal training including some places in the US
Verified purchase
I liked the show and it got better towards the end of the season. I found it strange that in the UK one had to be a lawyer (solicitor or barrister) in order to be a coroner. That got me thinking because I thought in the US one had to have medical training to be a coroner (i.e. Quincy) but that is not the case in some places in the US. The coroner's job is to state the cause of death and unless the person that died was under medical care up until their death, the coroner did an investigation if they thought the death was not natural.

The main character is the coroner who returns to the town she grew up in and the lead police person is an old flame of the coroners. At times it seems like he is long over her and at other times it looks like he'd still like to rekindle that relationship but most of the time he disagrees with her and often admits that she was right and he was wrong. Things get a little weirder with her mom and her relationships. Her mom desires that her daughter (the coroner) live with her but because it's her house she & her boyfriend are very vocal & visual about their passion for each other.

The writing is good, the locale is often times beautiful as the town is a coastal town. The accents are thicker than usual but still understandable by this "Yank". Sorry to hear that only two seasons of the show were made. Looking forward to the 2nd season

Barbara HegedusReviewed in the United States on April 5, 2019
5.0 out of 5 stars
THE CORONER
Verified purchase
I was disappointed to read that this series was cancelled in the UK after two seasons. I really enjoy watching so I bought both seasons. The lady coroner solves mysteries and helps bring the perps to justice. It has humor, a touch of romance and lots of exciting adventures for those of us who love British programs. You'll enjoy it.
11 people found this helpful

ShekinaReviewed in the United States on September 18, 2019
5.0 out of 5 stars
Sorry not more seasons.
Verified purchase
A pleasant relaxing show, enjoyed it and sad to see only two volumns. Not everyone wants the naked bloody bodies. What i love about BBC, they have normal characters. Not all the cast are perfect, young and agile. Blessings
6 people found this helpful

Kenneth ComptonReviewed in the United States on September 6, 2019
4.0 out of 5 stars
Makes me want to move to this place.
Verified purchase
Love the country, It's so pretty. I like the series but they lack something that shows like Brokenwood has. Just seems slow and not very good plots.
2 people found this helpful

rhhardinReviewed in the United States on September 19, 2019
4.0 out of 5 stars
Has subtitles
Verified purchase
Standard British detective series with standard twists. The important thing with British shows is that there be subtitles, which this has.
4 people found this helpful

M. GillReviewed in the United States on March 9, 2021
5.0 out of 5 stars
Great story lines
Verified purchase
I have been watching this on Public television and like it enough that I wanted to see more episodes. It is a great cast of characters and the story lines catch your attention and keep you watching. There is some humor added in too. It is a nice change from the same old shows in the US
One person found this helpful
See all reviews
Back to top
Get to Know Us
Make Money with Us
Amazon Payment Products
Let Us Help You
EnglishChoose a language for shopping. United StatesChoose a country/region for shopping.
© 1996-2021, Amazon.com, Inc. or its affiliates