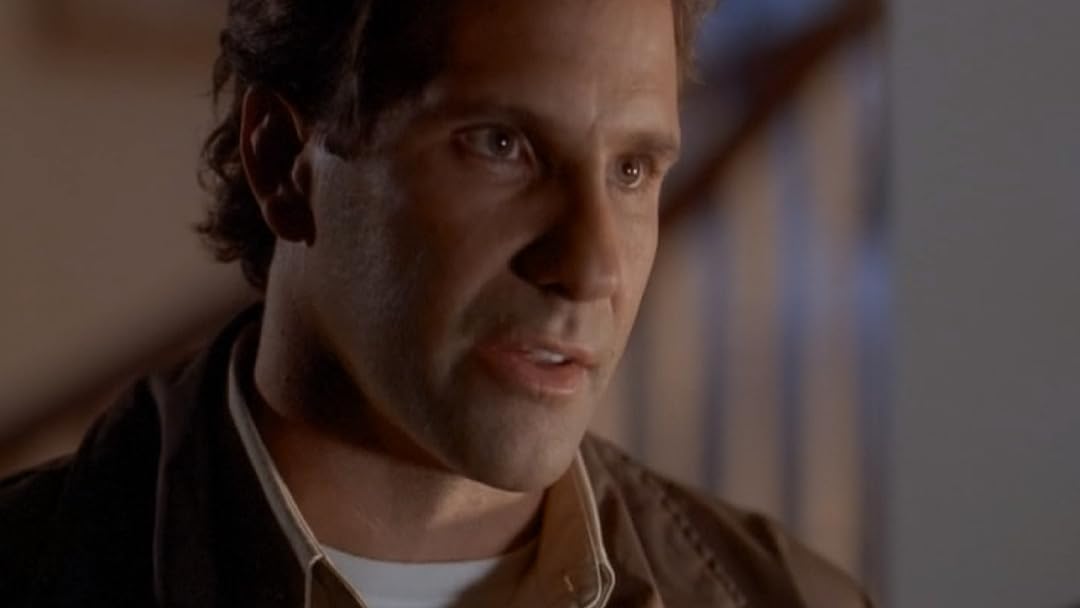 (69)7.42003TV-14
The Dead Zone, a compelling dramatic series, follows the story of a young man (Anthony Michael Hall) who, after suffering a tragic car accident, awakens from a coma with extraordinary psychic powers. Based on characters from the Stephen King novel, the series explores how a common man must find his way in the most uncommon of lives as he struggles with his paranormal abilities.

JoeWReviewed in the United States on May 16, 2004
4.0 out of 5 stars
Dead Zone Fans Beware
Verified purchase
Warning -- If you are looking for the unaired original Dead Zone pilot episode that was offered for a short time as a bonus to those who purchased the First Season Set, do not buy this DVD.
Although this is a great DVD, it is the same first episode that is included in the First Season Set.

I purchased the first season set after the deadline for taking advantage of the offer for the bonus DVD. I really wanted to see the original unaired pilot episode and I mistakenly thought that this was it. To my dismay found that it was the 2 hour series premier that I already had on the First Season Set.
I guess this one will find its way to a friend or end up in the used bin at the video store.
If you are unfamiliar with The Dead Zone and don't want to lay out the bucks for the complete First Season Set, this DVD is an outstanding intro to the series. However, if you love the series, go for the gusto and get the set. I'm on my second viewing of the set and can't wait for the release of the Second Season Set.

A. TrotterReviewed in the United States on December 2, 2002
5.0 out of 5 stars
Excellent
Verified purchase
Because it's a remake, I must compare it to the original. Here goes: This version has better acting, better special effects, more humor, and is up-to-date. It isn't exactly like the book, but in this case I actually think that's to it's benefit. (I love the book. It's perfect and complete in itself. This is the begining of a series, so they've altered that.... but I still like it.) I'm looking foreward with great anticipation to the rest of the series.
It's not exactly like the book.... the book has an ending which, in ordered to make this story into a series, they had to change. I love the book, it is a perfect little Stephen King jewel. But I love this altered version as well.
I live overseas at the moment, and don't get to see much American TV; so I was sort of going out on a limb when I ordered this completely unseen and only slightly reviewed.
I was not disapointed.
10 people found this helpful

Sean R. StricklandReviewed in the United States on March 29, 2003
4.0 out of 5 stars
Compelling, Riveting...Yes!
Verified purchase
I had, recently, seen brief bits of the DEAD ZONE television show and I had garnered an observation that the production, acting, special effects, and script were of a superior kind...and my main purpose/motivation for renting the DVD television premiere.
What I viewed was everything I expected and much more. The storyline/script is smartly written, with each scene vital and drawing the viewer in (i.e. you or me). The exploration of this man's coma/accident-induced powers...the untapped realm of the brain known as the "dead zone"...is explored with great imagination and emotional impact.
There was one scene that placed me in awe of the production values of this film. It involves the dead zone guy's Vietnamese doctor who, through his patient's powers, discovers that his mother is alive, not dead as the doctor had thought. In the reunion scene...a scene that will make you reach for the tissues, I have not seen in a long time a film that displayed such raw and genuine emotion (with special mention going to the actors in this scene). Just thinking about that scene makes me savor film and the power/art of film-making at its best. The exhileration of the reunion, with no dialogue whatsoever, was truly astounding. Once you see that scene, you'll know what I'm talking about (get the tissues in advance)...
I, too, cannot wait for the rest of the season to come out on DVD. And though I rented this movie, I plan to also buy it shortly.
I believe the reason this film was so effective as a pilot for the rest of the show is the directoral prowess of Michael Pillar whose ability in film production is most evident in the latter years of STAR TREK: THE NEXT GENERATION. Whether or not you like that latter television series, those shows, especially the 5th-7th seasons, were critically praised. Pillar's influence in the DEAD ZONE is visibly apparent. I do not know whether the rest of the series has held to the same production values, however, I have viewed several episodes that were quality-made.
This film deserves a 4.5 rating...
One person found this helpful

"fireavalanche"Reviewed in the United States on January 18, 2004
5.0 out of 5 stars
Totally outstanding!!
Verified purchase
As an Aussie viewer of this series, I was so completely blown away by this fantastic series that I HAD to order the pilot episode AND the complete first season. At this point in time, I've only been able to find the time to watch this particular DVD, so I thought I'd write a few words about it.
In one word, outstanding!! Watching this today brought back all of the great memories about the opening act of what will continue to be a great series. I'm absolutely itching to watch the complete first season again (this time on the DVD's I recently purchased), and am sure that I will love every bit of it, just like I did when I watched the show on TV in 2002.
This DVD has been superbly created, and is a "must have" for any Dead Zone fan. I particularly liked hearing what the actors and producers had to say about the making of the episode, as well as viewing the alternate ending and the interview concerning Series Two, which is yet to be seen here in Australia at all. In fact, I believe it may never be shown, so I've advanced ordered Series Two on DVD for delivery in April.
One thing that amazed me about this DVD was the fact that it plays in Australian DVD players (technically Region 4), although this is apparently a Region 1 DVD. I also tested it on an X-Box machine, and it worked perfectly too. So, fellow Aussies, don't be put off and feel free to add this DVD to your collection. You won't regret it, especially if you love the series.
Cheers,
S.
10 people found this helpful

B. NorthamReviewed in the United States on May 5, 2008
2.0 out of 5 stars
Be Careful
Verified purchase
This is the pilot show and is actually included in the 1st Season set. I wasn't sure so I ordered it. It is OK. It is nothing like the book OR movie, but is fair entertainment. I highly recommend the later seasons, but I guess you need to see Season One to understand the characters; especially Stilson. Don't order it if you have also ordered Season One.
One person found this helpful

ED DulliReviewed in the United States on May 17, 2019
5.0 out of 5 stars
Wow!!! Great walk down memory lane... AM Hall is amazing..
Verified purchase
Perfect condition.... Thanks

tonyReviewed in the United States on April 25, 2021
4.0 out of 5 stars
great movie
Verified purchase
love the movie also a great sereis
See all reviews
Back to top
Get to Know Us
Make Money with Us
Amazon Payment Products
Let Us Help You
EnglishChoose a language for shopping. United StatesChoose a country/region for shopping.
© 1996-2021, Amazon.com, Inc. or its affiliates