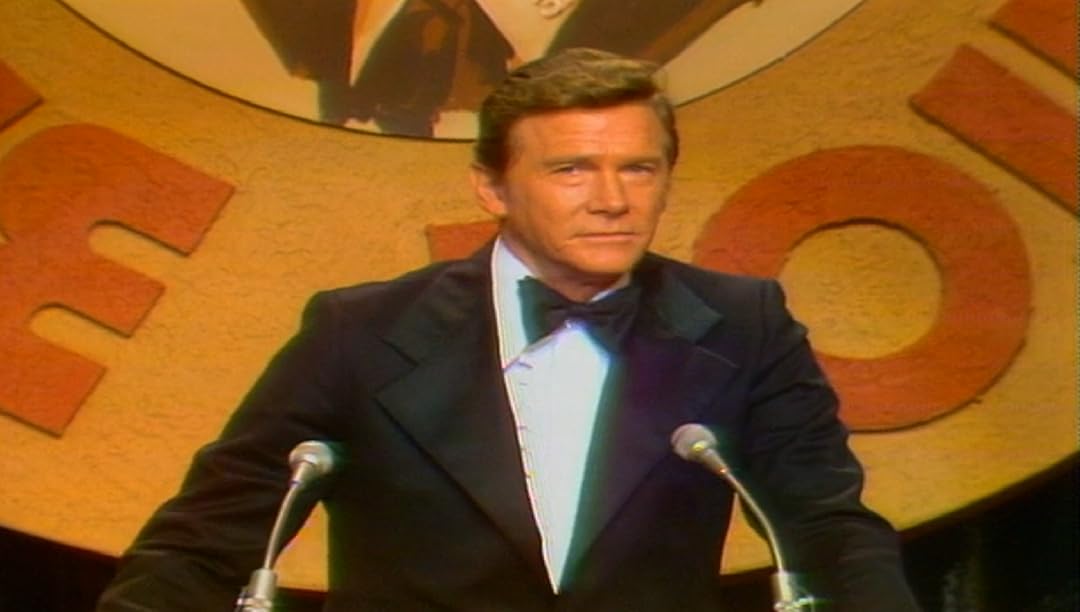 Season 1
(113)
1975ALL
A Collection of Celebrity Roasts hosted By Dean Martin.

KarenReviewed in the United States on August 30, 2018
5.0 out of 5 stars
A Treasure!!! I would give it TEN stars if I could!
Verified purchase
This was a purchase I made for myself, and I am THRILLED with it! While I don't remember this when originally aired, I am old enough to remember and appreciate the humor of many of the people featured: Dean Martin, of course, who had a great sense of humor in addition to his famed singing and acting careers. Rowan and Martin, Don Rickles, Foster Brooks, Rich Little, Milton Berle, Bob Hope, Ruth Buzzi, in character as Gladys Ormphsbey with her purse in tow to whack people with, and my personal favorite, Phyllis Diller, are among those who often appeared on the dais to roast a fellow celebrity.
There is one episode missing from this set - the Frank Sinatra Roast. I purchased it separately, and recommend it highly because it's hilarious. I am fortunate that I am old enough to remember the variety show format of the seventies and how entertaining and enjoyable they were to watch. Before political correctness, yes, but I miss that, because people could take a joke without analyzing it, give it right back and know it was all in good fun. If you like laugh - out - loud humor, than this is for you!
2 people found this helpful

TrekboiReviewed in the United States on November 17, 2015
5.0 out of 5 stars
Best example of comedy roasts today
Verified purchase
Perhaps the finest collection of roasts of it's type. Many many comedians from the golden age of television, people who have perfected their craft the hard way by practicing and failing or succeeding in front of live audiences, with no laugh track or audience warmup coaches. This rarely descends into obscenity, all too often the humor-crutch of today's Comedy Channel roasts, and exceeds the Friar's Club roasts no longer broadcast. For older folks who saw many of these people in shows, or for younger folks who want to see masters at work, this is an awesome collection. Bear in mind that these were originally on network broadcast TV, so they won't be full hours as there are no commercials.

You'll have to buy the Frank Sinatra roast. For some reason, that's not in this,

toservemanReviewed in the United States on October 26, 2014
3.0 out of 5 stars
The Roasts are Great - But Frank Sinatra's Is Not Here!
Verified purchase
This box set is advertised as having all 54 Dean Martin celebrity roasts. It doesn't. It contains 53, and the one that is missing is of Frank Sinatra. Aside from the obvious problem of not receiving what was advertised and what I paid for, it is disappointing that my favorite roast was excluded, and for what reason I do not know. I definitely feel cheated and would not recommend purchasing this.

Update 11/5/2014: Just to clarify, the DVD box states that this set contains 53 roasts, which is accurate. The problem is with Amazon's listing which states it contains the complete set of 54 roasts. I have no proof, but my suspicion is that TimeLife produced these sets in error. TimeLife claims that the sets they are selling on their web site contain all 54.
46 people found this helpful

Amazon CustomerReviewed in the United States on August 1, 2020
5.0 out of 5 stars
Great gift
Verified purchase
These are great if you have appreciation for nostalgia ! Cannot go wrong as a gift.

Amazon fanReviewed in the United States on October 18, 2016
5.0 out of 5 stars
Great Deal
Verified purchase
I bought this for my husband for Christmas. We saw some like them advertised on tv and he wanted to order them but I had him wait. I'm glad I did. This was a much better set and the price was much better. We love watching the roasts. They are so funny!
2 people found this helpful

Joe BozzanoReviewed in the United States on November 30, 2014
5.0 out of 5 stars
Classic Fun!
Verified purchase
These roasts are hilarious and not one cuss word in the series. I know its crazy to think people were able to be funny without use of the f word or explicit sexual content but there was a time...
11 people found this helpful
See all reviews
Back to top
Get to Know Us
Make Money with Us
Amazon Payment Products
Let Us Help You
EnglishChoose a language for shopping. United StatesChoose a country/region for shopping.
© 1996-2021, Amazon.com, Inc. or its affiliates