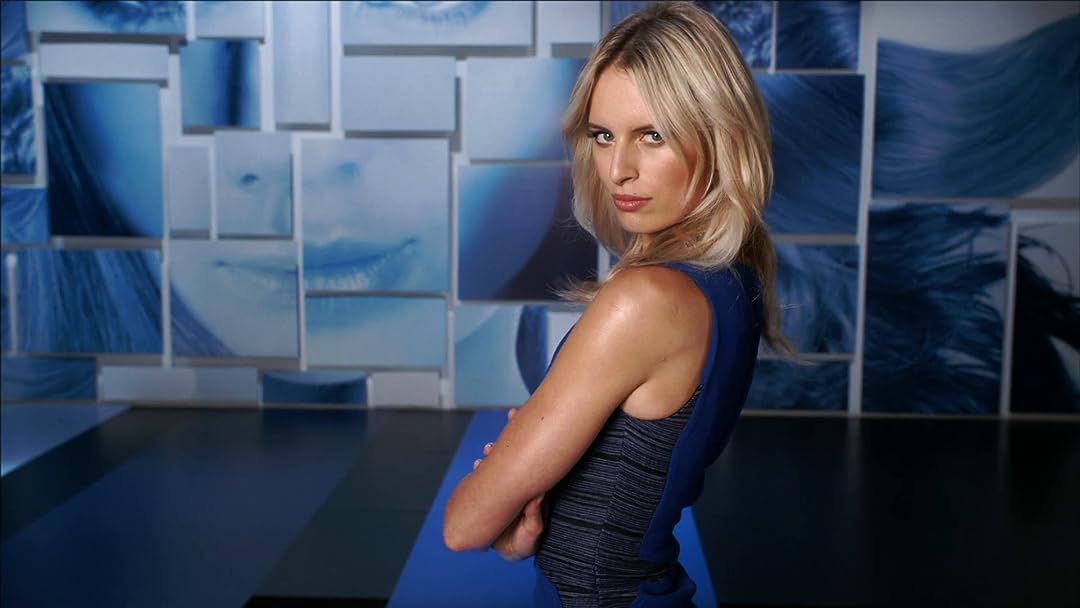 (295)
6.620137+
"The Face," hosted by photographer Nigel Barker, features supermodel coaches Naomi Campbell, Karolina Kurkova and Coco Rocha as they compete to find the face of ULTA Beauty, one of the fastest growing beauty retailers in the United States. The series will give viewers access inside the world of the industry as three teams of aspiring models, each led by one of the supermodel coaches, are guided through real life assignments, including photo shoots and commercials.

CatatoxicReviewed in the United States on March 13, 2013
4.0 out of 5 stars
Good show but...
Verified purchase
This is a good new show. But my only complaint is that this is more about the coaches imo. Obviously, Stephanie is in no way model material. In fact, she's fugly and has no idea what she's doing. Don't think she could take a good picture if she tried. And all Naomi is doing is voting the "stronger" girl off that she see's as a threat to her team. Just in the few first shows, some of the BEST girls are getting voted off that imo, should have been in the finals. The only reason Stephanie is still there is because the coaches are voting off the "strong" girl as opposed to the weakest one. At this rate, Stephanie is going to end up in the final and how does that make any sense? They should have it where all 3 judges or a non-partial judge votes off the person based on their performance. Not a "i'm gonna vote off this girl cuz she's actually really good and could win this because I want my team to win" bs. They aren't going to find the best model this way. And that loud mouthed girl that keeps yelling at Jocilyn just needs to stop. Jocilyn just sits there quietly and that girl just goes off on her for no reason. She is craaazy. Doesn't make for good tv, makes for annoying tv and makes me wanna turn it off. I did give this 4 stars tho because I feel it's a good premise for a show. I like these kind of shows. I just don't care how the final voting is done. The first girl voted off? The Belarussian girl. That was bs. She was AMAZING! No way. Then Christie? Those 2 where my absolute favorites. They should of been in the finals. The way the coaches are voting is bs and basically makes them look like b***ches and not professionals in anyway. Looking at you, Naomi.
10 people found this helpful

carbo7845Reviewed in the United States on May 18, 2021
1.0 out of 5 stars
Not worth watching!
Verified purchase
I bought this because it looked interesting and with Nigel Barker as host I thought it would be good. WAS I wrong. I did not pay attention to the fact that Naomi Campball was a coach. She is terrible, she is rude and her only interest is winning. It is obvious she does not care about the girls.
I managed to get through season 1 but I will certainly not watch season 2. I totally understand why it ended with 2 seasons.

KeithReviewed in the United States on December 24, 2013
5.0 out of 5 stars
Check your lipstick before you come and talk to me!
Verified purchase
This is a guilty pleasure. Can't help but compare this to America's Next Top Model where Tyra Banks is this nurturing, mom-ish, compassionate judge. Now here, Naomi Campbell is this over the top, larger than life, take no BS mentor. She SLAAAAAAAAYS! "Check your lipstick before you come and talk to me". On the other hand, Coco Rocha is such a humble person. The girl is just as legendary as Naomi but she doesn't seem to show that ego. Karoline Kurkova too. I love that they definitely one-up everything that ANTM does, more high fashion where Naomi reigns. Too bad the winning prize is not as comparable to ANTM. One of my fav scenes was when Sandra was practicing and twirling in the room and Naomi was like what the eff are you doing Sandra and immediately followed by her sassy comment to Jocelyn "so basically you want me to sit here and take your words that you've got this?"
6 people found this helpful

CMintReviewed in the United States on June 25, 2020
5.0 out of 5 stars
Solid Entertainment
Verified purchase
Naomi Campbell is a treasure. Between this and "Making the Cut" I'll watch anything she's in. Shout out to a QUEEN.
2 people found this helpful

LindaReviewed in the United States on March 10, 2014
5.0 out of 5 stars
Much Better Modeling Show Then What We Have Seen Previously
Verified purchase
Full Disclosure: I have no actual credentials to determine whether a show actually teaches modeling or not. However, I did grow up in the “America’s Next Top Model” generation and watched that show go from a modeling competition to weird-trying-to-promote-Tyra-Banks-but-failing-reality-horror-fest. I think the show is now more concerned with promoting Tyra’s weird phrases and attempts at being a novelist than grooming young models. So I was pleasantly surprised when I discovered “The Face.”

The coaches (Naomi, KK, and Coco) seem as though they actually have good insight and their insight differs depending on what type of coach/model they are. There is some strategy involved as another user notes which makes you feel like maybe the “good models” are being sent home too early but I still think the most deserving models made the top three.

I see that some users really don’t like Naomi’s attitude. She is tough, and personally I am a huge Coco fan and thought Coco was the best judge. That being said, Naomi put the girls in their place. Whereas Tyra Banks fed off of the model drama and used it to embarrass them/get ratings, Naomi won’t take any of their attitudes.

And more than anything, who doesn’t love Nigel Barker? Sorry Tyra, Naomi has you beat hands down on this one.

libbyReviewed in the United States on September 17, 2021
5.0 out of 5 stars
You won’t regret it
Verified purchase
This show was very entertaining I would definitely purchase season three if there was one👍🏾

TReviewed in the United States on June 25, 2013
2.0 out of 5 stars
Too bad Naomi is such a nut-job....
Verified purchase
I wanted to like this show as I generally gravitate toward reality, if you will, shows. I used to watch ANTM until Tyra's absurd ego got in the way and the judges became equally absurd, cruel and/or just plain stupid. I like Top Chef, Next Great Artist, Project Runway etc.

This show needs a major overhaul or it will never last another season. I certainly will not watch or recommend to anyone.
Naomi Campbell thinks the show is about her and she acts either like a spoiled child or a cruel mother figure. The other two coaches or mentors are at least sane though no better at judging than N.C. Never allow the coaches to have the fate of the other teams in their hands because the contestants never get a fair shake. N.C. is by far the most lacking in integrity.

Boring challenges, inept to downright cruel mentors, the usual suspects for contestants. And to think poor Nigel jumped ship from Banks' mess of a show only to end up in this morass.

Don't waste your time or money...
3 people found this helpful

Robert SimmonsReviewed in the United States on July 23, 2014
5.0 out of 5 stars
Naomi Campbell's Soup for the Soul(less)
Verified purchase
Obviously, this isn't a show meant to change your life/move the ground beneath you; however, if you're looking for some entertaining trash TV, the Face is going to become your sweet sweet nectar juice. Basically, Naomi preaches a ton of fashion world "realness" to girls whose careers were probably launched and ended by being on this show, Coco tries almost as hard as her poses b/c she's "the theatrical girl," and the blonde what's her face cries (I would too if my storyline was that boring). If you're looking to make a drinking game out of each episode, every time Nigel Barker's commentary was recorded in studio post-filming and dubbed back over so he could properly introduce someone/something (aka for product placement or contractual obligations), take a generous swig of your cocktail. I heard there's a second season—oh precious hallelujah baby bageezus!
5 people found this helpful
See all reviews
Back to top
Get to Know Us
Make Money with Us
Amazon Payment Products
Let Us Help You
EnglishChoose a language for shopping. United StatesChoose a country/region for shopping.
© 1996-2022, Amazon.com, Inc. or its affiliates