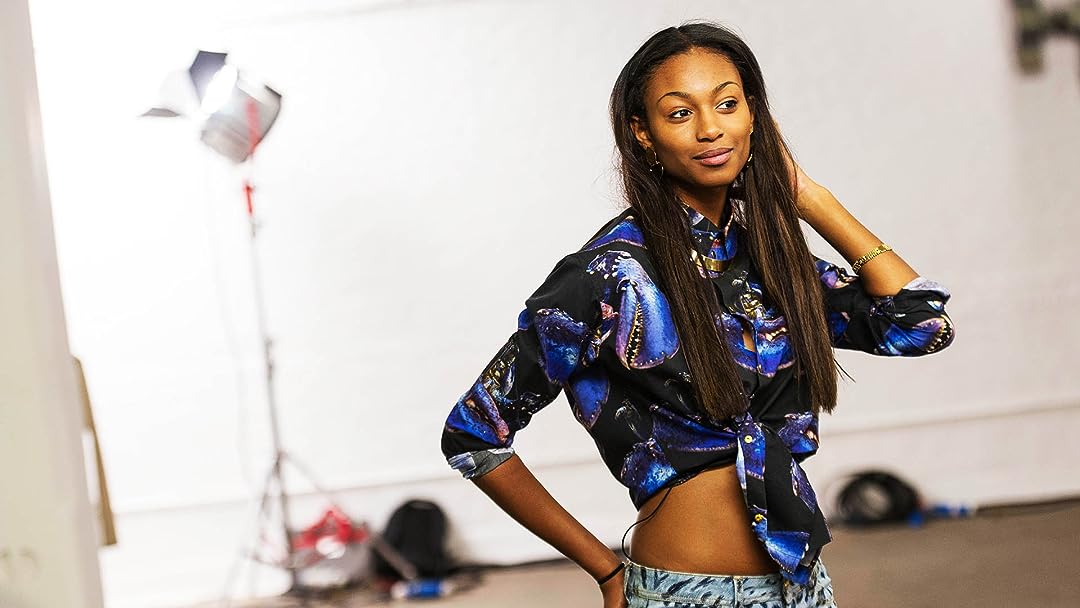 Season 1
(70)
201313+
The Face will see three fashion icons compete against each other in the ultimate competition to find the model who has what it takes to front a world-renowned brand.

VarissaReviewed in the United States on May 1, 2020
1.0 out of 5 stars
Why is Emotional Abuse considered "Mentoring?"
While the show itself is compelling enough, given its reality show format and real world challenges, the emotional abuse endured by the young girls supposedly being "mentored" on Naomi Campbell's team was painful to watch. In addition, seeing a grown woman and supposed mentor dismiss a young girl from the competition for "revenge" because the girl did not pick her as her team leader was the lowest point I have ever witnessed on any reality show. This had absolutely nothing to do with the competition or the girl's strengths or weaknesses and everything to do with Caroline's personal issues. If the goal was to give an example of the unfairness and capriciousness of the modeling industry based upon the immaturity of those deciding your fate as models, then this goal was certainly achieved. The rivalry between Naomi and Caroline set such a poor example for the girls being mentored and Naomi's taking it personally when it came to losing in a COMPETITION did nothing to teach them graciousness in the face of disappointment. She demanded perfection from her team but did little to demand a similar high standard of good behavior from herself. Would she have tolerated her girls running from a room and refusing to talk, slamming doors repeatedly in anger, and yelling at their teammates? Yet she did all of these things. Screaming at someone about how terrible you think they are and threatening them or telling them over and over what a disappointment they are to you is not good mentoring. When someone in authority does this to a young person, it is emotional abuse. In this day and age when abuse is finally being called out for what it is, I was surprised to see Amazon championing a series where an adult is constantly berating and belittling young women. And if this what we saw on camera, I shudder for what we did not see. I have sympathy for Naomi Campbell because abusers have generally been abused. Perhaps this is what she experienced as a young model. But to shroud emotional abuse in the label of "tough love" is wrong. We need to call abuse out when we see it and no longer stand for it in any form or in any industry. If this is the standard in the modeling industry, then supermodels such as Naomi Campbell ought to be working to stop the practice, not be perpetuating it. And companies such as Amazon ought to avoid glamorizing the abuse of young women for entertainment purposes.
62 people found this helpful

GravityGearReviewed in the United States on April 17, 2020
5.0 out of 5 stars
Like the show - Hate Naomi.
I once had a mentor like Naomi. A negative, heartless, tryant who has no idea how to actually bring out the best in people or motivate them to grow. The other mentors seem like genuinely decent people, and the girls were all trying their best throughout the challenges. I never wish a mentor like Naomi on anyone though. It's tragic that people reinforce that kind of bullying behavior and even look up to people like that. She has no place mentoring anyone, ever.
33 people found this helpful

JK McGarrieReviewed in the United States on April 29, 2020
3.0 out of 5 stars
Good Idea for Show, Terrible Choice of Campbell for Mentor
I enjoy competition of talented people in whatever their chosen field. It's fun to see how they compare and how they are judged when it's done fairly. I respect firm, but supportive mentors who actually help their teams to grow. That said, Naomi Campbell is a total bully and poorly cast. Her negative energy and attitude ruined the show, not only for her own team, but for the other mentors and girls. I didn't watch the end of it. Too disappointing that someone like Campbell was allowed to hurt and damage like she did rather than offer constructive criticism and positive reinforcement. Maybe she was treated harshly in her rise to fame, but apparently learned nothing from the experience. She shouldn't be allowed to mentor anyone.
22 people found this helpful

LavadoReviewed in the United States on October 19, 2020
3.0 out of 5 stars
NAOMI CAMPBELL
I saw a lot of negative reviews regarding Ms. Campbell. Most of this criticism came from white people I'm sure, who have no idea of why Ms. Campbell was behaving this way. There was no doubt also some people of color as well including my best friend. In her defense, I believe the reason, is because of the institutionalized RACISM she has experienced in the modeling industry both in the UK and especially in the US. Her approach is TOUGH LOVE! Sometimes that works but not always. Especially in a situation like this where you are dealing with very young non-experienced girls who are frightened and very nervous. I don't think she has considered that these girls, don't have a clue of any of this. She is coming from the approach that she chose to take in order to advance her career and felt this is the way to shape these girls especially the black girls. I don't agree with that. Also, the RACISM she experienced is very deeply embedded I can see that especially when she looks at the white girls who are whining, scared, and in tears which only heightens her rage. She probably feels why are they whining and crying their WHITE and is exempt from the RACISM, she endured whether they win or lose it's still called WHITE PRIVILEGE. YET.. she also knows that they are YOUNG WOMEN and will also experience SEXISM no matter what color they are. Just because you're a model your still PREY to it and she knows that. She may need to find a better way to approach these girls because this does not work for all girls black or white. Most of them were terrified of her and were afraid to approach her even when she told them to come to her if they need help. I hope she realizes this and changes her approach. She is a sensational model! I hate to see her besmirched.
9 people found this helpful

Kindle CustomerReviewed in the United States on March 31, 2020
4.0 out of 5 stars
Love having another peek inside the modeling world...but seriously?
Enjoyed seeing the mentors compete but knew they would choose Naomi Campbell's girl in the end. That is so disappointing. I love a good competition and after seeing all of Naomi's temper tantrums throughout the season, you knew that Max Factor didn't dare displease their benefactor. I want to watch the next season, but after hearing so much about how great Naomi Campbell...I choose Heidi Klum who truly believes in advancing the fashion industry. I choose her over this diva. In real life, we call them a bully.
14 people found this helpful

foresterReviewed in the United States on April 8, 2021
2.0 out of 5 stars
Naomi is atrocious. These young women deserved better.
With so many positives to this show, it is unbelievable how immature and abusive Naomi Campbell is to these young women. It was unbearable to see her get away with that and not be called out. With that behavior being acceptable, the fact that 'her' model 'won', seems questionable. Whatever weight she has in this industry, with the folks who put on this show, it appears she would have her way in the end... or else the judges would have to face her toddler-style wrath. I loved all the young models and they worked hard and earned their exposure. Naomi got in the way every single time Emma had the chance to dig deep to find her own voice, her own strength. Naomi is nothing less than abhorrent. I won't watch another episode if she's still affiliated. People like her aren't beautiful at all.
3 people found this helpful

GeraldReviewed in the United States on May 7, 2020
1.0 out of 5 stars
Immoral, horrendous mentor like Caroline - all about revenge
I was shocked at how unprofessional that lil nobody , ugly model Caroline was when she got rid of a girl simply for revenge and then bragged about it. the epitomy of unprofessional. Not to mention she is pure evil personified. Not a good example for young women or anyone. She should be ashamed of herself. Even if it's all scripted it's shameful and any children she has or may have should be ashamed to have someone like her as a mother that would have no morals and be so vicious.

People talk about Naomi but she's been in the business a long time and as a real model not just a panty and bra Victoria's secret hack. She knows more than those other two so called mentors put together. No wonder she gets mad sometimes- the woman is never ever shown the respect that she's earned from being in the biz.

It just really made me mad to watch this.

S. EdwardsReviewed in the United States on April 19, 2020
4.0 out of 5 stars
Naomi Campbell no non sense...
Naomi Campbell is unapologitically a Super Model and Super Bitch. But you have to respect her fortitude, strength, and inability to kiss ass. I love that she is her own woman. She's so self confident that she'll scare you. You love to hate her, and yet you respect her for not being a suck up. I truly have mixed feelings pertaining to her personality. Like, life shouldn't have to be that difficult. Over all I liked the show where contestants compete at model spreads in famous magazine. But its not as glamously a package as I've seen on other model shows.
7 people found this helpful
See all reviews
Back to top
Get to Know Us
Make Money with Us
Amazon Payment Products
Let Us Help You
EnglishChoose a language for shopping. United StatesChoose a country/region for shopping.
© 1996-2022, Amazon.com, Inc. or its affiliates