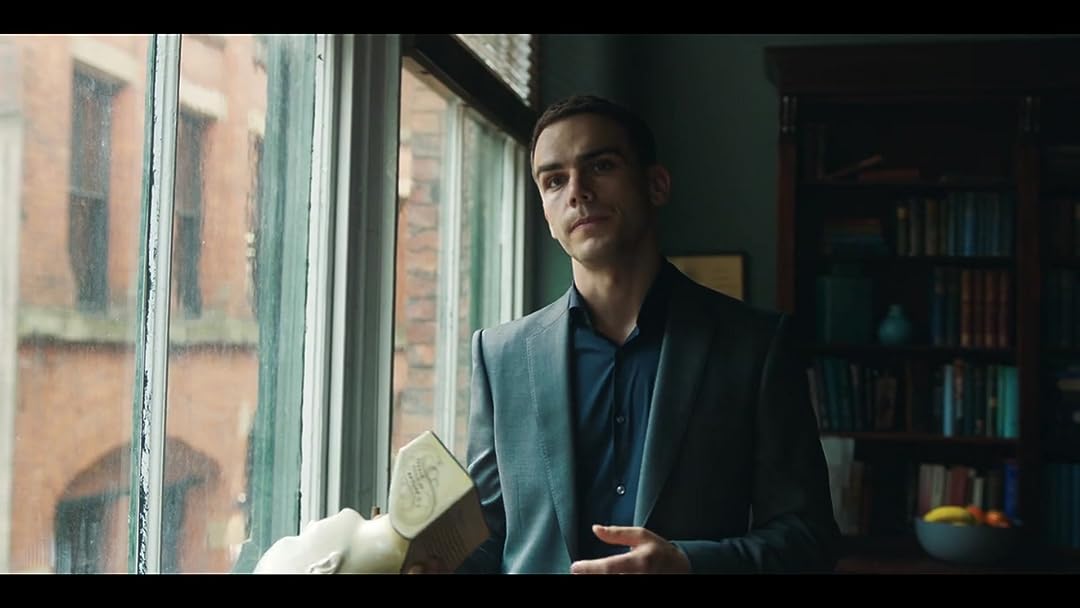 Season 1
(1,206)6.42019X-RayHDRUHD16+
In the near future, people’s minds are connected to The Feed, giving them instant connectivity. When something or someone invades it, everyone is at risk.

Keith LucasReviewed in the United States on November 22, 2019
5.0 out of 5 stars
Feed Your Head
This series is brilliant. Please ignore the one star reviews. No, it's not action packed. It is a slow burn thriller that requires some brainpower to enjoy.
I believe many of the bad reviews were from people who simply didn't understand the concept.
If you are a fan of Black Mirror, then this is the series for you.

lawrence chanReviewed in the United States on November 23, 2019
5.0 out of 5 stars
"The Feed" is definitely one of the better Amazon Original productions
A very compelling plot that contains strong elements of the 1983 movie "Brainstorm" and "Rememory" from 2017.

The storyline takes a glimpse into the future of cyber connectivity way beyond the present confines of the internet wherein all people are mentally interconnected through a highly sophisticated neural network that would make The Avenger's Tony Stark would be very pleased indeed, however, the filmmaker's depiction of this hypothetical future is surprisingly successful in its matter of fact approach and spares us the contrivances of a Disney/Marvel production.

In fact, we jump right into the heart of the matter and confront serious issues related to this arguably beneficent technology and its inherent dangers.
It's an approach that is somewhat similar to the original Star Wars Episode IV "A New Hope".
George Lucas threw the audience right into the midst of conflict and grabbed our attention, no holds barred, the rest, as they say, is history.

Mercifully this isn't preachy nor does it attempt to take an abrasively obvious moral high ground, it deals with the technology in a palatably detached and reasonably objective manner, the way any technology should be evaluated.
Even in our own time in 2019, it is in hindsight only that we are beginning to come to grips with the realities of internet connectivity and it's alleged "conveniences".

The production values are impressive and this is one of the few times when CGI is employed artfully and tastefully, one is almost tempted to say that it even exudes a degree of graciousness.
191 people found this helpful

Shannon RogersReviewed in the United States on November 22, 2019
1.0 out of 5 stars
Not worth the watch
This could have been a really great show the premise is awesome BUT the acting is bad...the story is too slow and lacks anything to really keep you watching. Try carnival row, the boys or Goliath those are all way better than this. This is like an extremely long episode of black mirror but you've had enough.
172 people found this helpful

GandolphReviewed in the United States on November 23, 2019
1.0 out of 5 stars
Will you never learn?
Amazon Series/Movies providers, what is wrong with you, other than that same disorder that most Hollywierd outlets have. HALF of this country does not want to hear/watch your leftist politics. There is a world of money to be made by simply leaving ALL politics aside (as if there's the tiniest chance you would suddenly replace the leftist crap with Conservative politics).
123 people found this helpful

KatrinaReviewed in the United States on November 22, 2019
4.0 out of 5 stars
Hazy but intriguing.
Having read the Anderson novel Feed; I felt I knew part of what I was getting into. The world and climate at very least. While extraordinarily different from the novel, I anticipated much of the backstory and the pace ended up being acceptable. I can understand how people feel the pace is a little slow and the plot a little hazy. As I tried to figure out more about what the world the tv show was building and the twists in the story line I found myself frustrated by the perspective hops. I'm giving this a 4 because the premise is wonderful, and I've wanted to see a movie/visual take on the world of 'the feed' for ages.
91 people found this helpful

K. KleinschmidtReviewed in the United States on November 22, 2019
1.0 out of 5 stars
Couldn't Even Finish First Episode...
Boring. Can't get into the story. What IS the story, anyway? Can't relate to any character. Confusing. Jumbled. Disjointed. I'd rather watch My Little Pony...
102 people found this helpful

lukeReviewed in the United States on November 22, 2019
5.0 out of 5 stars
A must watch so we don't fall into that problem.
We must be aware what that kind of technology does it's bad for humanity so I recommend watching.
55 people found this helpful
See all reviews
Back to top
Get to Know Us
Make Money with Us
Amazon Payment Products
Let Us Help You
EnglishChoose a language for shopping. United StatesChoose a country/region for shopping.
© 1996-2021, Amazon.com, Inc. or its affiliates