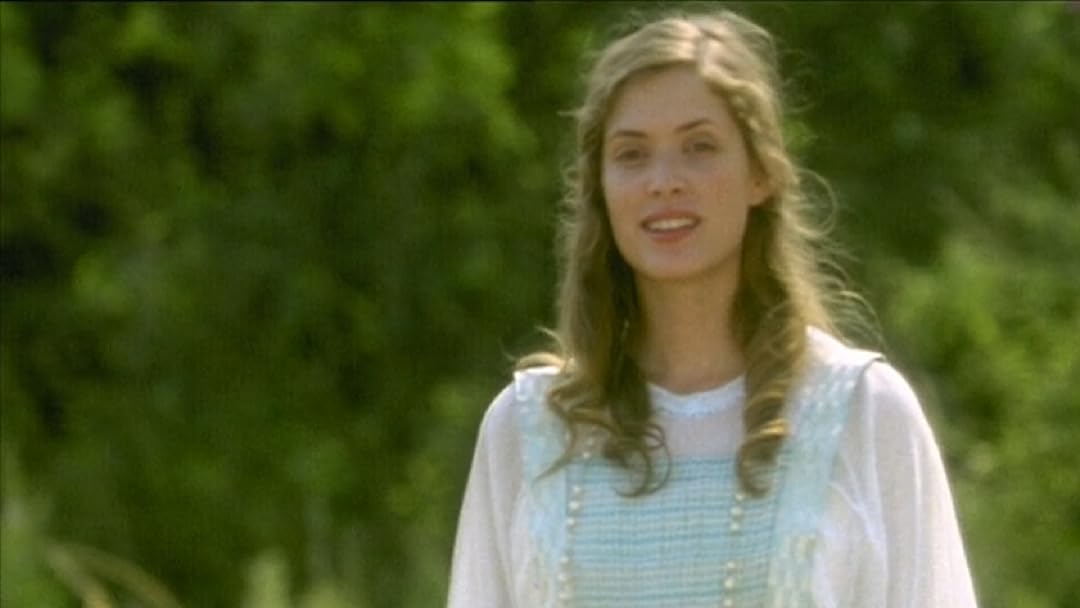 Watch with PBS Masterpiece
Start your subscription
Add to
Watchlist
Redeem a gift card or promotion code
By ordering or viewing, you agree to our Terms. Sold by Amazon.com Services LLC.
Write review

OCWOMANReviewed in the United States on June 2, 2017
5.0 out of 5 stars
Highly recommended
Verified purchase
One must consider the fact this is a British period piece. When I read reviews from viewers complaining about the production style I have to wonder...what were they expecting? I thoroughly enjoyed every detail and could care less about the "flaws" in time passage jumps or the aging of the characters. I could keep up but I couldn't help but feel like there an episode or two missing. Anyway, I loved it! Damien Lewis was SUPERB as Soames as he is in every role he plays. What a gifted actor he is. As for the rest of the cast, BRAVO!
25 people found this helpful

Lotus54Reviewed in the United States on May 27, 2016
4.0 out of 5 stars
Major Flaws, But Still A Most Intriguing Story (no spoilers)
Verified purchase
There's a lot to criticize about this series, but there's also a lot to like. I personally love historical dramas, so I admittedly tolerate 'less than' content if it still manages to take me away to another era, to a past-era story, which it did. Damian Lewis I always find to be strangely intriguing, his character in this was by far the most interesting. So completely devoid of any insight; cruel, cold, possessive, yet pitiful and sad and wanting only to be loved without any apparent insight as to why he was not so lovable. You can't help but to feel for him while you simultaneously despise him. He was truly brilliant as this character.

But alas, the series is certainly not without major flaws, primarily the ridiculous time span that takes place in the short amount of episodes. The aging of the characters over so many years - or lack of aging, disproportionate aging of characters, etc., is absurd. Some characters appear never to age while others are suddenly hobbling around gray with canes. And on that note, the general time jumps are extremely annoying. You get sucked into a story line and then suddenly the scene changes and it's "eleven years later".... "nine years later"... etc. That I found very annoying, especially since child actors are replaced with entirely different adult actors and you have to piece together 'who is who'. There's also a tad too much "irony" to be realistic; it becomes sometimes predictable. There are some other things I could pick apart, but those are the biggest flaws in my opinion.

That said, it's still an intriguing story; intriguing enough that I was willing to tolerate the time jumps and aging issues. It's an interesting representation of the time, the era, the views on marriage, women's rights, social status, family dynamics, and more. So for me personally, it was still worth watching despite some blatant gaps in detail. But again, I love most historical dramas, especially British ones, so I was fine with setting aside realism for the sake of a good story. If you're big on accuracy and realism, this may not be for you. But if you just like to get carried away in a story and can set realism & detail aside as I did, then it's worthwhile.

alaskanchickReviewed in the United States on November 14, 2018
2.0 out of 5 stars
No where near as good as the first season
Verified purchase
I adored the first season, and frankly, I didn't care for most of this one. I loved seeing all the follow up to the characters from season one, but most of this follows the next generation, and I hated -- HATED -- the hero and heroine. And not in a good way, like I hate them but I'm still fascinated by them. Nope. Just hate. They're both idiots and they deserve the misery they get. However, I do love everything else about the miniseries, so I still go back and watch it from time to time. I love seeing the previous storylines wrap up in this one.
8 people found this helpful

C AtkinsReviewed in the United States on November 22, 2015
5.0 out of 5 stars
Maybe you loved the first experience but by holding tightly onto that
Verified purchase
I am a fan of period drama and a big Masterpiece fan. I saw this series on PBS when it first aired around 2002 and am still crazy about it this time around. Damian Lewis is superb as the complex and often unlikable Soames Forsyte. In reading some of the reviews written by others who feel that Gina McKee is miscast as Irene and even going so far as to describe her as cold, I disagree. While she might appear to be reserved and somewhat aloof or unemotional on the outside, I feel that she portrays an elegant and graceful woman who is quite sensitive and masks the effects of the emotional traumas she has had to endure. As I understand the social mores of the times, women without [family] money or position had few options except to marry or work in service. Irene did not want to marry Soames in the first place. Unhappiness, abuse and heartbreak follow. Also social protocol of that era especially in the upper crust did not favor the public display of emotion. While I did not see the original production of 1967 and have yet to read the books, I personally feel it is limited thinking to compare a reincarnation of a previously produced piece--drama, theater, music, etc.--with the first. Why not treat it as an entity unto itself and accept it as it is on its own terms. Maybe you loved the first experience but by holding tightly onto that, critiquing and comparing, you are missing the beauty and merit of the present.
14 people found this helpful

Tee O.Reviewed in the United States on August 27, 2015
4.0 out of 5 stars
Series 2 is good, but not as great as the first series
Verified purchase
Series 2 is good, but not as great as the first series. The miniseries has compelled me to read the book trilogy of the Forsyte family. The ending (no spoiler) is wrapped up but I would have liked a different ending. It just sort of ended. Hopefully the book does it more elegantly. I'm sure there are plenty of reviews summarizing the story, so I won't. I love the scenery, the costumes and the acting. The story is rich in detail and modern even though it tells of a time long gone. Country estates and city homes and carriages in Series 1 evolved to a more modern time in Series 2. The excess (everything about Fleur!) is interesting to behold. I love the customs of the time and if you're a Downton Abbey fan, you will adore the Forsyte Saga 1 & 2!
7 people found this helpful

Marianne BierReviewed in the United States on June 3, 2020
3.0 out of 5 stars
Soames and Irene finally make piece but at the price of their children's happiness.
Verified purchase
I did not realize I bought this video.. I thought I was renting it. I watched it and thought they didn't have to kill off another Forsythe.. Irene should have been able to live a nice "married" life..not as a widow..
One person found this helpful

Julie Julie JulieReviewed in the United States on August 9, 2020
5.0 out of 5 stars
So well done-ending made me cry
Verified purchase
No one will agree with me that Soames is both tender and brilliantly acted but it was. Do pay attention to how he is around his own family, mother, father, sister-brilliant. Fleur was perfectly cast, more modern looking, none of the mannerisms her station should have afforded her, and a full ten pounds overweight, clearly indulged in every way.

SusanReviewed in the United States on October 15, 2015
4.0 out of 5 stars
Forsythe Saga not to be missed
Verified purchase
Forsythe Saga is similar to Downton Abbey. The first episode is slow but don't give up it gets really good. Story is based on a woman Irene' who marries a rich man only for his money. She despises everything about hiim. As the marriage continues she becomes more and more withdrawn from his affections; which in turn brings out the very worst in him. The scandals, affairs and ill-timed deaths will keep you wanting to see more when the series ends at a Season 2. I understand this was based on a novel and was also an older movie. Free with Amazon Prime Subscription.
2 people found this helpful
See all reviews
Back to top
Get to Know Us
Make Money with Us
Amazon Payment Products
Let Us Help You
EnglishChoose a language for shopping. United StatesChoose a country/region for shopping.
© 1996-2021, Amazon.com, Inc. or its affiliates