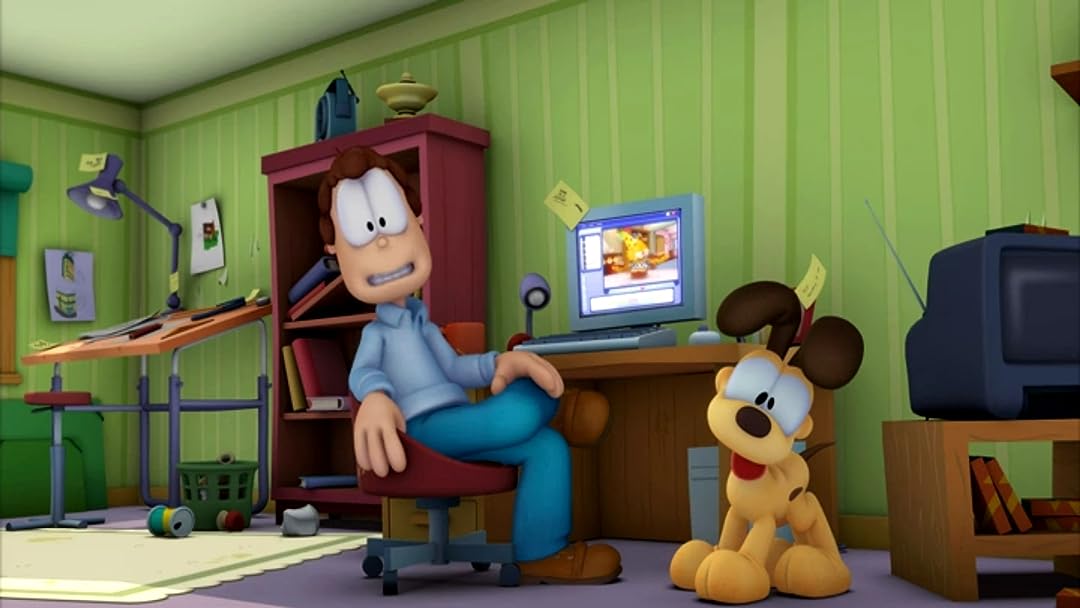 (15)
2019ALL
Garfield is a lazy, selfish, overweight, orange tabby cat whose main hobbies are chilling out, sleeping, watching TV, eating pizza and having fun... but yet he has a heart of gold and if at first he shows his usual self centered side, thanks to his engenuity he manages to save the day and gets even Odie out of trouble.

Terri SheltonReviewed in the United States on December 1, 2021
1.0 out of 5 stars
Why was I charged 90 bucks/$90 for this video? That is outrageous!!
Verified purchase
Ridiculous price must be a mistake!

Shawn StoneReviewed in the United States on March 11, 2020
5.0 out of 5 stars
love me some Garfield
Great cartoon. its fun to spot Jim Davis (the creator) in some of the episodes. Please release season 4.
11 people found this helpful

LHReviewed in the United States on November 17, 2019
4.0 out of 5 stars
Funny and refreshing animated show
Great cat cartoon
10 people found this helpful

Michael KernerReviewed in the United States on February 18, 2021
4.0 out of 5 stars
Garfield Rebooted
One of the things that I do love about classic comics is that they never get old with time, they have gotten better. That has been the case with Peanuts over the years, and recently rebooted Snoopy Show for Apple TV. But that also can be said with Garfield too. Garfield was big in the late 70's and 80's, thanks to Garfield & Friends, and the comics that Jim Davis had made about America's favorite feline. But that was also revisited in part with The Garfield Show back in the late 2000's. The show was done as a new generation began to watch the comedic humor and joy Garfield showed to a new audience. There are just so many wonderful episodes here that work such as It's A Cheese World which Garfield and his mice friends go to a amusement park that claims to be made of cheese, and Extreme Housebreaking, when Garfield behaves badly, Jon Arbuckle forces him to see a TV doctor that claims to help with animals, and instead abuses Garfield in the process for money. I loved watching these shorts when I first saw them on the Boomerang Channel a few years ago, and they are just absolutely wonderful to joy. Too bad, they have been overlooked of all of Garfield's legacy for this generation. But truthfully, The Garfield Show is a absolute treat to enjoy. If you love enjoying the Garfield comics over the years, you should watch The Garfield Show. I absolutely recommend it.

pepesiReviewed in the United States on January 11, 2020
5.0 out of 5 stars
funny
my son loves it
7 people found this helpful

Mar38Reviewed in the United States on June 10, 2021
5.0 out of 5 stars
I use to read Garfield in the funny pages!
This is such a good show!! It's very cute, the colors and the characters are so bright!!😍I am a grown 40 year old woman and I watch this all the time!
2 people found this helpful

Videogeek86Reviewed in the United States on September 27, 2021
2.0 out of 5 stars
This is worse than I expected
I can't believe this was made in 2019- it looks like the quality of mediocre 3D animation from the early 2000s. The jokes aren't funny and the 3D models of the characters fail to match the charm of the original comic strip. I only watched it because my son likes it for some reason, although he never laughs or seems to get excited about anything that happens.
See all reviews
Back to top
Get to Know Us
Make Money with Us
Amazon Payment Products
Let Us Help You
EnglishChoose a language for shopping. United StatesChoose a country/region for shopping.
© 1996-2022, Amazon.com, Inc. or its affiliates