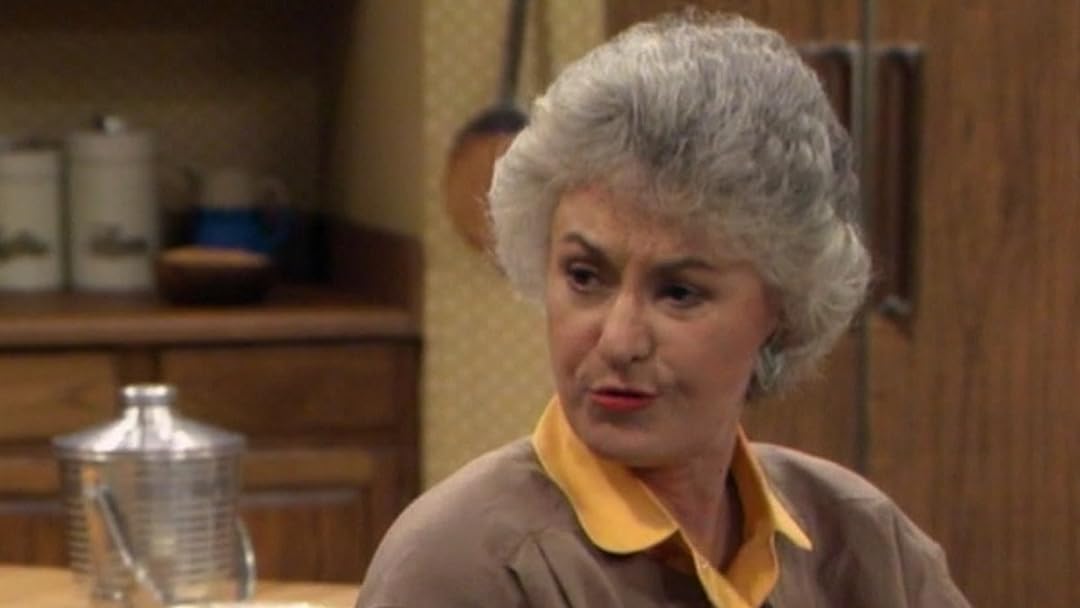 Mark N.Reviewed in the United States on July 16, 2019
5.0 out of 5 stars
"The Golden Girls" is delightful and is classic t.v. at its very best!!
Verified purchase
One of the most unique and thought provoking aspects of this series is that the lead actors were between 51 and 63 years of age when this classic first aired in 1985. I was in my early 20s when it started and thirty years later I'd be the age of the youngest actor, Rue McClanahan ( give or take a year). It is odd to grow into the age of the shows characters over a 30 year plus span, as opposed to growing older while watching the actors/characters of other shows remain forever young. In 1985, preferring to listen to music and going out to the clubs, I rarely, if at all, watched television in the early to late 1980s, so I wasn't abreast of the popular shows of that time. I started watching this series in early 1990 while visiting an ill friend. I then watched this series sporadically over the years and in the early 2000s, began watching it regularly. I especially love the way the writers wrote in substories for each episode. By doing that they rounded out the characters, and over all, rounded out the series as well. Now, I'll give a quick summary of the plot. A Floridian widow, Blanche Devereaux, advertises for a roommate. In steps Rose Nylund, a widowed transplant from St. Olaf Minnesota. Then another roommate, divorcee Dorothy Zbornak and then her widowed, 80 something year old mother, Sophia Petrillo, whose recent stroke eliminated her ability to filter what she says. In the pilot episode, Blanche had a gay chef but his character was written out after the pilot. Watching the Golden Girls at this age is very cozy and comforting. It's also a pleasant delight to experience some of the same joys, and even some of the same sorrows, of growing older as I had seen while watching this series throughout the years. The ladies on this show have become so ingrained in our lives and our American culture, that they seem more like old friends we get to visit, a half an hour at a time, as opposed to just characters on a tv sitcom. Now for some of my favorite episodes. First, is Season 2's, "Isn't it Romantic?". It's about "Jean", a college friend of Dorothy's that's coming to stay for a week. She is recently widowed. The other fact, ( unbeknownst to Rose and Blanche, who think her deceased spouse, Pat, is a man), is that Jean is a lesbian. The subject matter was still a little controversial, even for 1980's television. The actress Lois Nettleton plays Jean. (Nettleton also played the lead character in 1961's "Twilight Zone" episode "Midnight Sun", one of my favorites.) What I really love about this episode is the way it had been written. It's not an "in-your-face" message. The relationship between "Jean" and "Dorothy" is like any other. Long time college friends who accept the other for who they are without the labels. "Jean's" interaction with "Rose" is where the story lies. Their new friendship is very sweet. "Rose" and "Jean" relate over the fact that they were both raised on a dairy farm and are both widows. "Rose", at that time in the episode, still isn't aware that "Jean" is gay and after spending time with "Rose", "Jean" privately consults "Dorothy" and tells her that she thinks she is falling in love with "Rose" and decides she wants to leave early. Initially, Dorothy talks her out of it .The remainder of the episode deals with a late night card game and afterwards a discussion between "Rose" and "Jean" about the loneliness of being widows and then later some misunderstandings and then the resolve, which is done in the best of good taste and kindness. I watch this episode throughout the year. Next is Season 1's "Blanche and The Younger Man" and "A Little Romance". Seasons 2's "End Of The Curse", "Twas The Nightmare Before Christmas" and "It's A Miserable Life" (the ending of this one is very funny and touching). Season 3's "Old Friends" (which deals with Alzheimer's), is also a touching and sobering episode. And another of my all time favorites is "Mothers Day". Each of the girls describes her favorite Mother's day with their own mothers. "Rose's" story is my favorite. Season 4's, "Scared Straight" and "High Anxiety". Season 5's, 2-parter "Sick and Tired", "Not Another Monday" and "Clinton Avenue Memoirs". Season 6's, "Snap Out Of It", "How Do You Solve A Problem Like Sophia?", "Mrs. George Devereaux" (the ending is a real surprise that I love) "Sister Of The Bride", 2 parter "Never Yell Fire In A Crowded Nursing Home" and "Henny Penny- Straight No Chaser" (a simply delightful episode). And Season 7's, "Hey Look Me Over", "The Case of The Libertine Belle", "Room 7", "From here To The Pharmacy", "Goodbye Mr. Gordon", "The Commitments", "Journey To The Center Of Attention" (which still makes me laugh), and 2 parter "A Midwinter's Night Dream". There's no better way to say this than to say "I love "The Golden Girls". Add this wonderful and witty series to your DVD collection. I very highly recommend this series!!
30 people found this helpful

booknerd12Reviewed in the United States on May 22, 2017
5.0 out of 5 stars
Thankful they were friends!
Verified purchase
This season is worth buying just to watch Dorothy confront Stan after their daughter's wedding!
Even though it is the first season, there aren't any growing pains and runs smoothly from the start. Watching the first season does make you wish the quality of the writing had held up through the end, but the acting from the very first episode is stellar. God know where they found the ugly outfits Dorothy always wore!

Best first season of any t.v. series ever.

Josh A Reviewed in the United States on January 1, 2018
4.0 out of 5 stars
Great show, and full of laughs
Verified purchase
I purchased this dvd set for my spouse and she loves it, and I have found myself enjoying the show as well, it's witty and tackle issues that are relevant in our present day. The Golden Girls is a great show and I would recommend it to anyone looking for a good laugh. I'm giving 4 stars because there aren't any special features on the disc set like bloopers or interviews from the cast. That's my only complaint but the show itself is great.
10 people found this helpful

Debra from OklahomaReviewed in the United States on March 16, 2021
1.0 out of 5 stars
Do not purchase this dvd
Verified purchase
I purchased a used copy and received an empty dvd box. I purchased the new sealed copy and the 1st disc would not play. I then had it replaced and the replacement has the same problem. The 1st disc will not play. Bad experience three times trying to purchase this from Amazon. Will not buy this from Amazon again. Someone is not finalizing the disc properly when making this dvd.
One person found this helpful

i picked this up as i decided awhile back that i wanted to own the series-- when it arrived despite being a "brand new" copy the shrink wrap was not anywhere near as tight as it should have been, there was obvious wear and tear on the inner and outer sleeves and disc 2 was scratched pretty badly on the back. KUDOS to amazon's customer service as they quickly sent me out a replacement season and i had it the next day.

i can't wait to get the other seasons as well.
12 people found this helpful

Laura J. UrrutiaReviewed in the United States on July 30, 2021
5.0 out of 5 stars
Wonderful and good laughing
Verified purchase
Last time I saw when I was in my 50's. I decided to watch again after 10 years. I'm still cracking up with this tv series season. I loved The Golden Girls! How can you ignore this? They are wonderful women. I'm surprised Betty is still alive. Sadly, I like the other ladies who are a great actress. Surely, I missed them.

LysanReviewed in the United States on June 4, 2013
5.0 out of 5 stars
A "Golden" Show!
Verified purchase
I don't think you have to be a "Golden Girl" yourself to fall in love with these 4 wonderful ladies and their trials and tribulations of the senior years after becoming a widow, or an ex-wife of some schlepp who leaves you in the dust for some younger chick. This show is one of its kind and though I saw it quite a few times in the past, I never get tired of it and finally decided to buy the DVDs. Never know when the urge stikes to watch it and it's so nice to just be able to have it sitting on your shelf and pop it into your DVD player when you feel like it. I don't think the show itself needs any introduction - most of us know slow-witted (?) Rose, overbearing Dorothy, sexy Blanche and the "grand" Sophia from Sicily. Everything we could ask for in a classic - humor, drama, a bit of adventure and, most of all, faithful friends as we age and don't want to find ourselves alone. "Thank you for being a friend..."
One person found this helpful
See all reviews
Back to top
Get to Know Us
Make Money with Us
Amazon Payment Products
Let Us Help You
EnglishChoose a language for shopping. United StatesChoose a country/region for shopping.
© 1996-2021, Amazon.com, Inc. or its affiliates