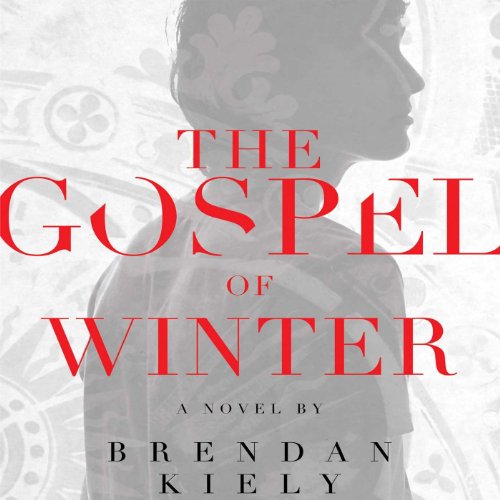 The Gospel of Winter

3.9 out of 5 stars
3.9 out of 5
51 global ratings
How are ratings calculated?
To calculate the overall star rating and percentage breakdown by star, we don’t use a simple average. Instead, our system considers things like how recent a review is and if the reviewer bought the item on Amazon. It also analyzes reviews to verify trustworthiness.
Top reviews

Larry Hoffer
5.0 out of 5 stars Powerful, emotional novel about the trauma of abuse and the hope that lies ahead for the future. Wow.
Reviewed in the United States on January 31, 2014
Verified Purchase
Wow. This is a powerful, emotionally moving, and fantastic book.

Sixteen-year-old Aidan Donovan has always existed on the fringes of things. A loner more content to snort Adderall and read by himself, as his wealthy parents' marriage disintegrates, he's more comfortable with Elena, their housekeeper, than his parents or friends his own age. He doesn't have any patience for the dishonesty or non-genuineness of the community where he lives.

"Nobody ever said I don't know or I'm afraid, and they acted like the masks they wore were their real faces and that they could sustain themselves forever on their own self-assurance—like they really believed they didn't need anybody else. What was that John Donne poem we read in Weinstein's class, 'No Man Is An Island'? Not here. We were a goddamn social archipelago that called itself a community. Why did I feel like I was the only one who lived in a nightmare? What was worse was that I knew people did have fears."

The only place Aidan truly feels comfortable is at his church, Most Precious Blood, as Father Greg, the local priest, is the only person who seems to care about or listen to him. As he starts making friends with a trio of his classmates—Josie, the charismatic girl on whom he's had a crush for some time; Sophie, the wild but friendly girl with a reputation; and Mark, the swim team captain with issues of his own which mirror Aidan's in more ways than he knows—Aidan starts to feel a little more comfortable in his own skin.

As Aidan balances the comfort of his new friends with his discomfort about his home life, he starts to realize that Father Greg's affections are not just directed at him alone, and while he mourns the feeling that he is no longer special, he also grapples with the reality of what the priest has done. What does that make him? Would telling people, admitting what has happened, make those in his community blame and think less of him, as the priests have led him to believe? Can he just pretend that nothing happened?

Aidan's community—and the nation—begin confronting the revelations about sexual abuse by priests, and people want to know if Aidan was affected, what he knew, but he'd rather ignore the whole thing, despite the toll it takes on his own psyche and those around him. Only as he realizes the true consequences, and what could lie ahead for him depending on the path he chooses, does he realize that there are other people who care about and love him.

"I thought about how people like Old Donovan and Father Greg and teachers and even Mother and Elena tried to give me advice about who I was supposed to be and what kind of person I was supposed to become, but looking at Josie, I wondered if it didn't all come down to something simpler: Are you the kind of person who is there for people when they need you, or not? Isn't it in those moments when you have to work harder than you thought you could to reach out to another person, and you do, that you finally find the you who's been hiding behind the mask all that time? Is it there, finally truly naked, and reaching for one another, that we create the chance to hold one another again? And what about the chance to love again? Do we get to create that possibility too?"

This was a phenomenal book. Its subject matter was difficult, but Brendan Kiely's use of language and his storytelling ability captivated me completely. I loved Aidan's character and felt so much pain and hope for him. I could definitely identify with some of his thoughts and fears and hopes, as I remember feeling similarly as a teenager. I devoured this book, reading nearly the entire thing in one day. It was just such a beautiful, powerful, painful yet hopeful story, and I hope this gets the attention—and the readership—it so truly deserves.
Read more
2 people found this helpful
Helpful
Report abuse

Russell J. Sanders
4.0 out of 5 stars Literate and well-written, but not YA
Reviewed in the United States on April 8, 2014
Verified Purchase
Oh, how I wanted to adore The Gospel of Winter: its complex main character, its setting among the very rich in Connecticut, its flawed parents, its eloquent prose. I began reading with such high expectations, and for at least three quarters of the novel, I was “buying it,” despite seeing the book’s flaws. But that last quarter, when I wanted the story to propel to the end, I got bogged down in the author’s verbosity. Lovely verbosity, but verbosity nevertheless. The protagonist, prep school Sophomore Aidan, is intelligent and tortured. He tells the story, and that’s where I was stymied. His vocabulary and syntax are so far above what I, in my thirty year teaching career, encountered in even the most intelligent teens that I just didn’t buy it. For example, in a fantasy about his girlfriend, he says, “I wanted to cinch up the knot in my tie, kiss her on the brow, and tell her to enjoy her day.” What teen would even think of that, albeit a fantasy? Of a snowfall, he waxes, “Beyond the trees, nothing broke through the deadening, washed-out expanse above.” To describe a dog: “A dog with a slow baritone barked.” This is a young man with the vocabulary and skill of a fine writer. The author Brendan Kiely is just that in his word combinations, but his characterization, to me, is way off. I simply can’t picture any of the thousands of teens I’ve known who would speak this way. And I can only picture a handful of those teens sophisticated and knowledgeable in literary fiction to enjoy this novel. It is supposed to be a young adult novel, but it strives to be Fitzgerald or Hemingway. I can only hope that its author moves on to adult fiction and finds his niche in that genre. A side note: although I fully understood the teen characters smoking, pot use, prescription drug abuse and liquoring up as character development tools, I got weary of it. Yes, they are upper class, wealthy kids from a prep school, but are we to believe that all kids of this ilk are drug and alcohol addled, that the only tools to fight their angst are illegal substances? As a YA writer myself, I’m not above using these tools, but they were so pervasive in this tale, that it really bothered me.
Read more
One person found this helpful
Helpful
Report abuse

Xan
5.0 out of 5 stars Exquisite and heart-breaking
Reviewed in the United States on January 25, 2014
Verified Purchase
I read this book in a matter of days and despite the bouts of nausea it induced and how it left my heart in a million shattered shards, I couldn't stop reading. This is a book that will haunt me for months, that has left me with a major book hangover and that absolutely struck a chord with me not least of all because I was raised Catholic and had family members who were touched/hurt/damaged in the same way Aidan is.

Story aside - the writing is lovely. The dialogue was extremely real and not as clean as I've come to expect in fiction - I don't mean the use of foul language, but rather the chaotic way in which real people in real life often talk to each other without the benefit of an editor. I appreciated this real-to-life delivery and it made Aidan's ordeal all the more visceral.

A brilliant debut from an author I wish had another ten books published already!
Read more
2 people found this helpful
Helpful
Report abuse
See all reviews
Back to top
Get to Know Us
Make Money with Us
Amazon Payment Products
Let Us Help You
EnglishChoose a language for shopping. United StatesChoose a country/region for shopping.
© 1996-2021, Amazon.com, Inc. or its affiliates