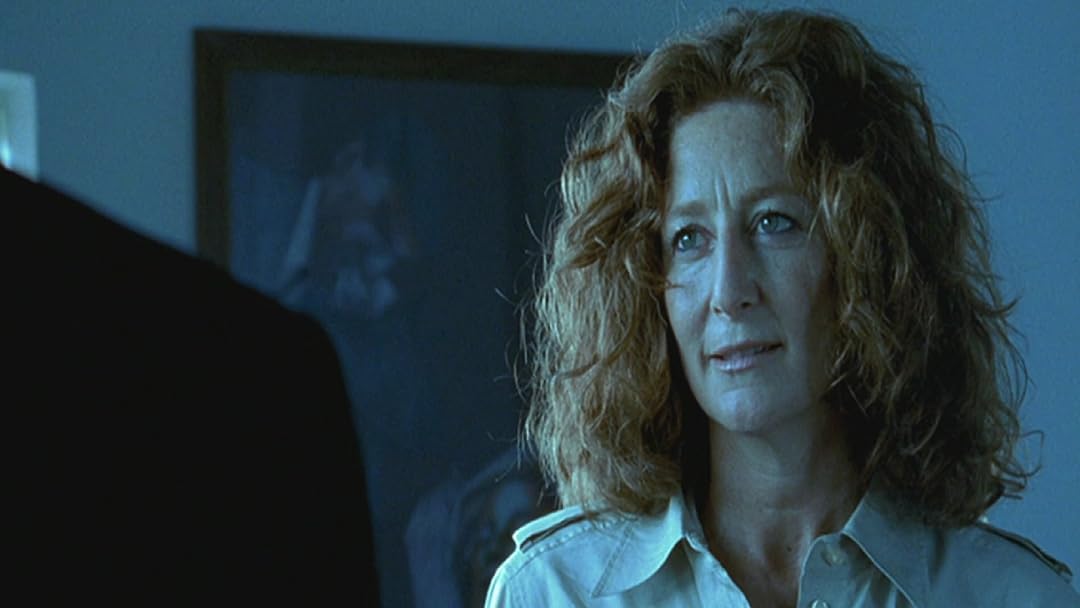 Season 1
(31)
5.8200413+
In Italian with English subtitles. A demented serial killer twists Dante's poetry into pure evil in this blockbuster Italian crime drama from the writer of the seminal Mafia series The Octopus (La Piovra). The ancient meets the modern as the homicide squad scrambles to use the latest forensic technology as well as their own instincts to find the Dante Killer before he closes in on them all.

Jane AustenReviewed in the United States on March 31, 2014
2.0 out of 5 stars
Amazed at the 5 Star Ratings !! Absolutely ridiculous production !!
Verified purchase
This is a soap opera disguised as a "thriller!!!" Had I known this is a script by the same writer as "The Octopus," I would certainly have not considered purchasing it !! That too was a "soap opera," - over-acted and over dramatized without any depth and an overall mindless pursuit of nothing in particular. There is the usual "macho" lead detective, who is pursued by (unknown to him) a love interest, (every woman falls as his feet), and described as "the best detective in the country," - two detectives in the squad are husband and wife, (who discuss who should do the grocery shopping), with the wife being 5 months pregnant, but a good coffee maker, and the husband constantly eating. The crime scene investigation is totally without any attempt at authenticity - the "forensic pathologist," is depicted as sexy and, it turns out, the love interest of one of the detectives. I got through a couple of episodes, waiting for improvement, but eventually put it in the cupboard to perhaps view at a later date when I am desperate for entertainment. Others may buy it, but I would certainly not waste money. I will stick with the Scandanavian/British detective mysteries/thrillers - they do not insult one's intelligence. For the most part have not been impressed by Italian productions !!
10 people found this helpful

mardonaReviewed in the United States on November 11, 2017
5.0 out of 5 stars
bonissimo
Verified purchase
Really top draw, and literate! Dante no less. And the cast is so easy on the eyes to look at. And emotion, well, you can't beat the Italians for that, and love. Very beautifully shot also. Well, then again, it's Rome
4 people found this helpful

MaggieG13Reviewed in the United States on November 30, 2017
3.0 out of 5 stars
Beautiful locale, gorgeous costumes, predictable childish storyline
Verified purchase
The scenery is beautiful, which is what kept my attention during this series. Generally I like Italian films because the people are pretty, those clothes are tailored and stunning and they always have nice haircuts. Italian TV and films are gorgeous to look at. Sometimes they also have great writing and great characters but not in this series. The acting wasn't awful but they just didn't have much to work with. I thought it was a melodramatic piece of work that could have been done in 2 episodes. The arch villain was laughable due to his gross overacting. Even the music was overdone in its soap operaish sober tones when the arch villain was on screen. Then there was the constantly sobbing mother of the kidnapped child whose boss stupidly not only let her stay on the job as a police officer but actually let her go to the scene where the arch villain had her child, let her keep her gun, and let her join in hunting him on. She is supposed to be a tough cop but dissolved into hysterical tears and never shut up with the screaming. What good are histrionics and tears when your kid is with a lunatic? The mothers in these European movies always dissolve into tears and screaming which never end - it is annoying. DO SOMETHING, don't bawl. The attention should be on your missing child, not on you and your inability to control your emotions.

If you expect a good

EnthusiastReviewed in the United States on September 3, 2013
5.0 out of 5 stars
Excellent
Verified purchase
Its title may be uninspiring, but this series is EXCELLENT. The characters are very well developed, and the mystery of the serial killer is riveting. Each episode involves a separate, stand-alone crime drama (as well as personal dramas of the squad members) apart from the serial murder investigation, which comes closer and closer to being solved. As you follow the investigations, you will learn learn about Italian art, architecture and poetry. You will be treated to the beauty of Rome. My one criticism is that the final episode seems to be overly drawn out. Nevertheless, I think this is the best of the Italian crime series. Bravo!
7 people found this helpful

J HReviewed in the United States on May 22, 2019
5.0 out of 5 stars
Enjoy it
Verified purchase
Nicely done
3 people found this helpful

ellgeeReviewed in the United States on January 27, 2015
1.0 out of 5 stars
Terrifying ... the show not the plot.
Verified purchase
Love many of the Italian dramas and thrillers I've seen, so I'm glad I didn't start with this one. I wouldn't have watched another Italian show.
It's way overwrought, treacly and overacted. The storyline is weak. This is the worst of the overseas thrillers I've watched. It makes The Octopus look understated.
2 people found this helpful

Nan SReviewed in the United States on August 24, 2017
5.0 out of 5 stars
Five Stars
Verified purchase
Held my interest to the last. Wish the team went on for another season.
4 people found this helpful

MVSReviewed in the United States on September 25, 2015
5.0 out of 5 stars
Great drama
Verified purchase
Great story, acting, setting. Better than a lot of American television.
2 people found this helpful
See all reviews
Back to top
Get to Know Us
Make Money with Us
Amazon Payment Products
Let Us Help You
EnglishChoose a language for shopping. United StatesChoose a country/region for shopping.
© 1996-2022, Amazon.com, Inc. or its affiliates