Kudzu Valley was just starting to adjust to having one witch…what’s it going to do with TWO?

When Bryar Rose, Liza Jane’s feisty sister, has a breakdown in front of millions of people on live TV, she decides she needs a break from the glamorous life. Moving in with her sister to the small mountain town in Eastern Kentucky will hopefully give her some time to meditate, reflect on the past, and drown her embarrassment in copious amounts of bourbon.

Life in the ‘Kudz isn’t as uneventful as she’d hoped, though.

As the sisters struggle to coordinate the deep-fried food vendors and knock-off designer purse booths for the annual Mushroom Festival, they soon find themselves at the center of an investigation–half the town has been poisoned and Bryar Rose is the accused!

Of course, that’s not stopping the townspeople from continuing to come to Liza for everything from love spells to money charms (everyone needs a bigger tax refund).

Can Liza Jane Higginbotham clear her sister, put on a fabulous festival, and take care of everyone before the sisters are chased out of town with pitchforks?

Book 2 in the Kentucky Witches Series

Love Liza Jane AND Taryn? A BROOM OF ONE'S OWN, a crossover mystery special, is available now! 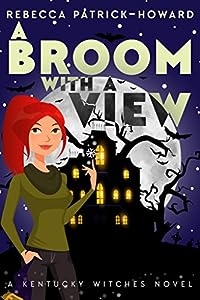 2
A Broom with a View: A Paranormal Cozy Mystery (The Kentucky Witches Book 2)
by Rebecca Patrick-Howard (Author) and 2 more
4.3 out of 5 stars (58)

She's your average witch next door.

It's a town so small it doesn't even have a Walmart.

None of them will ever be the same again...

Liza Jane Higginbotham is your average witch next door. Just a down home girl, she enjoys driving her truck, listening to country music and, oh yes, the occasional brew.

This witch just wants to enjoy the quiet life. When her no-good, hipster husband cheats on her with a trombone player, she moves back to take over the family farm in rural Eastern Kentucky. Here, she's expecting some peace, content to play in her garden, restore the dilapidated farmhouse, and throw her money away at the town auction house every Friday night.

But the town of Kudzu Valley just won't let a witch rest. From the high school basketball coach looking for a charm to help the team win the big game to Lola Ellen Pearson who wants to hex the local Pizza Hut for giving her food poisoning the night before her fourth wedding, everyone wants SOMETHING from the town's resident witch!

When Cotton Hashagen's dead body is found, though, all eyes turn to Liza Jane. After all, hadn't she JUST accused the local librarian of a terrible crime? With the townspeople and police turning their eyes to Liza Jane, it's going to take a lot for her to prove that she didn't put a "whammy" on him AND solve the mystery to find the real culprit!

Love Liza Jane AND Taryn? A BROOM OF ONE'S OWN, a crossover special, is available now!

The first book in the Kentucky Witches series. 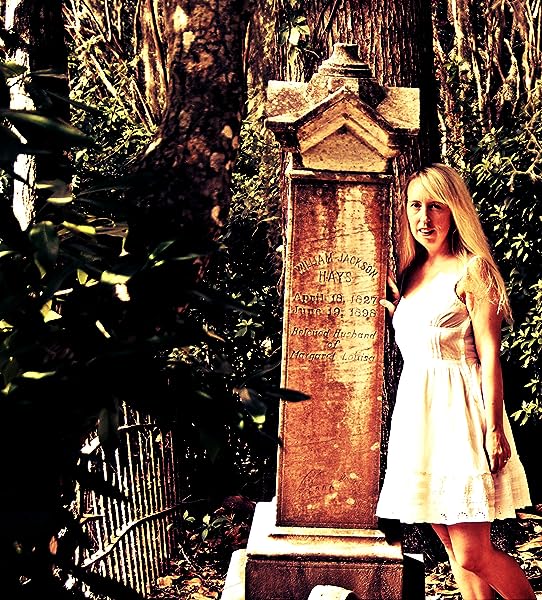 Rebecca Patrick-Howard's real biography isn't nearly as interesting as the one she's made up in her head so she'll leave you with that one:

At the age of 3, her family sold her to a traveling band of gypsies. Forced to become a bareback rider in the circus, she spent her younger years traveling the country, living out of suitcases and selling macrame keychains on the side. At the age of 16 she became a professional yodeler but, after winning the international yodeling competition in Switzerland at 19, decided to retire at the height of her career. Now, she and her husband (an organic rutabaga farmer from Wales) live in an isolated cabin in eastern Kentucky where they play with a local mariachi band every Friday night, are involved with a local murder mystery dinner theater club, and enjoy making origami owls.