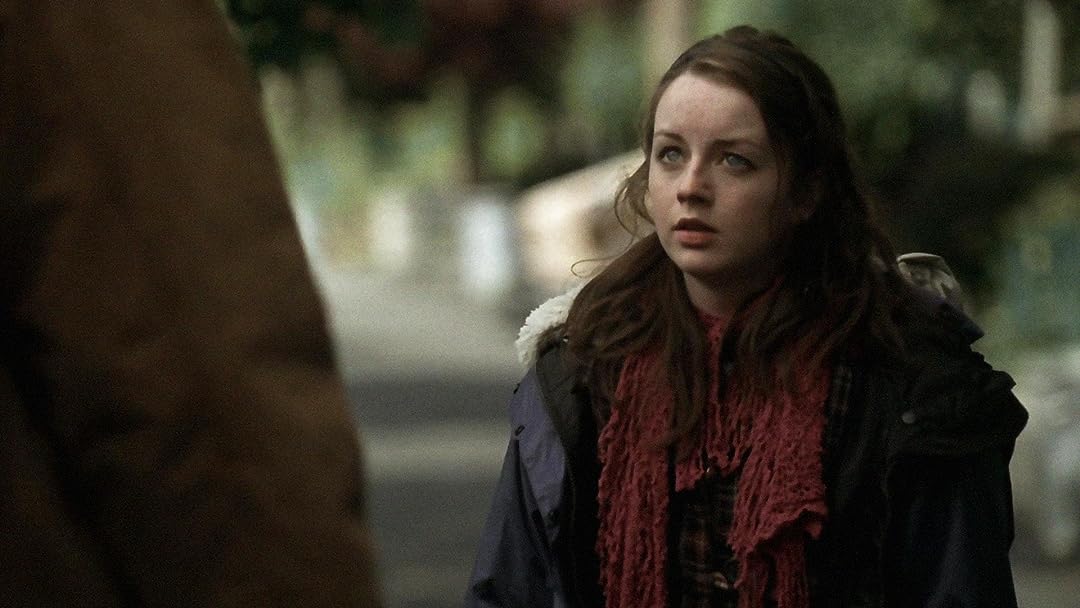 (3,811)
8.32011X-Ray13+
From the network that brought you Mad Men, and The Walking Dead, comes an addictive crime drama with dark twists. The Killing, AMC's newest original series, tracks the murder of a Seattle teenager and the gripping investigation it sparks.

CB2Reviewed in the United States on February 9, 2019
1.0 out of 5 stars
way too many red herrings
Verified purchase
Takes way too long to get down to the solution and unfortunately does not spend time developing likable characters. The main character is an obsessed detective who neglects her son to focus on her job, with some self-absorbed notion that only she can solve the case, which in multiple seasons she cannot solve. Slimy politicians, the Polish mob, and a cast of unlikeable supporting characters round out the drama. I couldn't stand it anymore by the middle of the second season. It's not just that they hadn't gotten it right, it's that I couldn't care less to see it resolved at this point.
48 people found this helpful

Richard A. Ames Jr.Reviewed in the United States on March 28, 2015
5.0 out of 5 stars
"The Killing" is addictive and compelling
Verified purchase
I started watching The Killing based on some friends recommendation. After Season 1 Episode 1, I was hooked and kept watching until the sun came up. I was astounded by the unexpected plot twists at the end of each episode that left you wanting more. I'm watching the series on my Roku via Amazon prime. It is wonderful to watch an entire episode without commercial interruption, and have the choice to jump to the next episode while the plot twists are still fresh in your mind. I took me three long nights to finish Season 1 and 2 and I'm still wondering how the writers fit so much stuff into a plot that covered 20 some days. Highly recommended.
49 people found this helpful

Jeffrey D. BallReviewed in the United States on March 19, 2015
5.0 out of 5 stars
A Riveting Show. Pulls no punches!
Verified purchase
If you want an intricate, cerebral, very solemn murder mystery look no further!! This is one of the best done shows I've ever watched. There isn't an abundance of action, but the overall mood, excellent dialogue and complicated story will keep you riveted. I try not to say TOO much in these reviews as I accidentally read spoilers in about 99% of them or am told too much for my liking. Just know, that this is not a light hearted show. Many a night after watching an episode I just sat there in silence for 15-20 minutes processing what I'd just watched. This show is gut wrenching at times and extremely powerful. I rarely say this about TV Shows but it is an absolute masterpiece as far as murder mysteries go.
35 people found this helpful

R. N. CrossReviewed in the United States on August 10, 2014
5.0 out of 5 stars
Great series to binge watch
Verified purchase
This show is really good and am surprised to hear that it had so much trouble staying on AMC. If you binge watch this show like I did you will find it has a really great story and plot, with twists and turns you wil never see coming until the very end when the case is solved. The acting is great too and you really get drawn into each characters internal struggles. What I also liked about this show is that they did not go overboard with violence, sex, or language. They use just enough of it to get the point across and it isn't in every single episode.

This is a must watch series for anyone who likes suspenseful crime drama shows. IMO the best there is out there right now.

Kindle CustomerReviewed in the United States on July 7, 2015
3.0 out of 5 stars
Slouching around the Seattle area
Verified purchase
It is quite a drawn out slog through the rain soaked streets and back alleys of Seattle with many twists, turns and cul-de-sacs. It starts out great but after awhile, the viewer may feel manipulated and gamed. It moves along slowly with many plot lines going in different directions and sometimes no where at all and then, with baffling and pointless insertions. It is hard to find a likable character. Sara is a wrecking ball causing havoc for everyone she comes in contact with (including her son). You just want to reach in and slap ‘em up side the head for their lack of appeal and misdirection(s). The story at times just creeps along, then speeds up and just when you think, ah ha, we are getting somewhere it takes us in another unsatisfying direction down the slow lane. But I am now watching the 2nd season, so it is good enough to keep me interested to find what happens at the end of this painful ordeal and to see if there will be any redemption for any of the characters of this story ( not holding my breath). Also, I will give it another plus because just when you think it is about to descend into political correctness, it takes off in another not so politically correct route (one extra star for that!).
8 people found this helpful

Rob Said ThatReviewed in the United States on September 14, 2014
4.0 out of 5 stars
Great characters, compelling plot, interesting twists, superb acting
Verified purchase
My wife and I burned through Season 1 and 2 of The Killing over the course of just a few days. It was riveting and even very moving, and through about the first eight episodes we wondered if we had stumbled on a rival to The Wire and Breaking Bad. Having watched three seasons now, I want to say, 1) that this question has been answered (it's not really as good as those shows) and 2) it doesn't miss by much.

My gold standard for Golden Age of TV is Breaking Bad, in which I never had a moment where I thought I could predict what would happen. I would think, "Here's what HAS to happen now," and still the writing surpassed the best continuation I could imagine.The show was simply smarter than me. That feeling fell apart around S1E8 of The Killing, when [SPOILERS?] my wife and I both started to feel the show was rather mechanically dangling one red herring after another in front of our noses.

The show is still compelling, and the characters are interesting and layered, and remain consistent within their arcs. That is the real strength of the show. It's much more about personalities and relationships than it is about plot. In fact, one could view the entire plot structure as a clothesline on which to hang character development (not a bad thing, really). The show plays with gender stereotypes in an interesting way (the showrunner is female, as are many of the writers), and in this respect it holds some interesting surprises. All in all, Seasons 1 and 2 are quite impressive, and certainly worth your attention if you haven't seen them already. While not quite up with the two icons I mention above, the show is a definite must-see for people who appreciate quality television. It doesn't keep a blazing series arc from beginning to end the way Breaking Bad does (seriously, how many shows could?), but it sure is great fun to watch.

Robert A. CastilloReviewed in the United States on June 17, 2014
4.0 out of 5 stars
One star went to the original Swede melodrama.
Verified purchase
I got not much respect for producers plagiarizing foreign art work, the US is a country full of talent, innovation imagination and creativity.
So far Hollywood has remade: Le Diabolique with Sharon Stone, this film also gave detective Columbo his modus operandi and his technique for investigating; La Femme Nikita with Bridgette Fonda; Kissing Cousins with Ted Danzen; Richard Gere has redone two Japanese films, one about the faithful dog, and the one about ballroom dancing, in this one the Japanese version has no homosexuality in it, but Hollywood had to include gays for some sick reason. The list is endless.

The killing Season is a powerful and intelligent mini series, I don't know if these qualities were added by the American-Canadian coproduction or they are part of the Swede version. Sweden has shown high cinematographic talent in the past, the name Ingmar Bergman brings endearing memories of unforgettable, immortal films. The Girl who kicked the Hornets nest is another production that deserves recognition; although has some holes that could've been filled before releasing it.

The Killing has great attributes like superb police work and total surrender of the investigators to the solving of the case, values we see not too often in real life. The directors work is superb, he maintains the audience glue to the screen, I caught myself watching three episodes in one night, never done that before. He also develops such a rapport with the viewers that frequently the viewer feels part of the team and even guesses the answer when a character asks the other a question.
On the negative side, it gets too soap opera-esque in some instances, perhaps a requirement of the producers to fill up the clock.

To me, this watching was highly entertaining and considered a time well spent in amusement.

MirandaReviewed in the United States on May 28, 2014
5.0 out of 5 stars
2 episodes away from finishing
Verified purchase
and cannot stop watching. i've stayed up well past my bedtime because i can't look away. i don't know that they're going to address certain character's storylines like why is auntie teresa so upset by jasper's dad? stuff about sarah linden, and why does Mich never work or do her own housework?

just when you think a-ha, that guy did it! they send you down the rabbit hole even further. layer after layer. it's very interesting. each episode builds on the previous. the actors do a great job and are believable in their roles. i keep relating it to twin peaks in my mind, though they are definitely not the same, just that the daughter was in deep! WHO is Rosie Larson and who killed her!?
19 people found this helpful
See all reviews
Back to top
Get to Know Us
Make Money with Us
Amazon Payment Products
Let Us Help You
EnglishChoose a language for shopping. United StatesChoose a country/region for shopping.
© 1996-2022, Amazon.com, Inc. or its affiliates