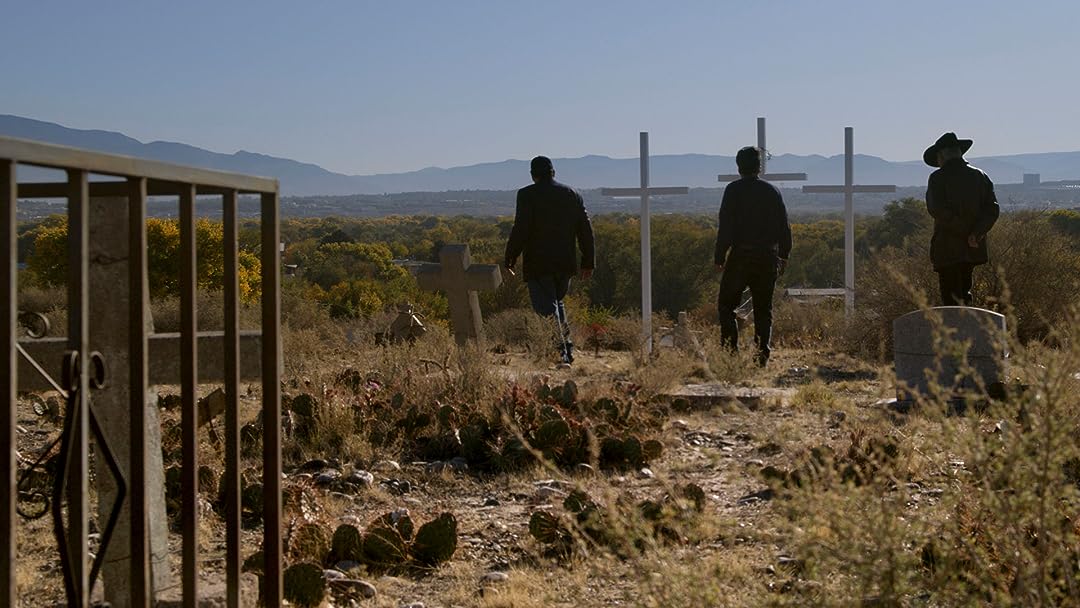 Season 1
(569)8.62020X-RayHDRUHD16+
In 1985, American DEA agent Enrique “Kiki” Camarena was kidnapped, tortured, and murdered by Mexico’s most notorious drug lords. Thirty-five years later, three former cartel insiders share unprecedented details. This is the story of Camarena, the drug cartel he infiltrated, and the narc who risked everything to discover the truth.

K2012Reviewed in the United States on July 31, 2020
5.0 out of 5 stars
Just one of countless victims killed for exposing corruption within US government
This should be part of modern history American students are required to study prior to graduation. He suffered unimaginable torture before being murdered by a CIA/FBI collaborating cartel. And, just as with the murder of Brian Terry who dared expose the Fast & Furious gun trafficking, involving Holder (with the president's knowledge), those in power have never been held accountable.
FACT: Although the CIA was created, without public support/approval, in 1947, "secret" operatives had long been utilized serving the interests of oligarchs, corporations, and political puppets controlling our government. Granting themselves power to control information---the absolute authority to deny, redact, and destroy-reports, testimonies, and other evidence ensures they can target, malign, intimidate, destroy, or assassinate victims, witnesses, whistleblowers--along with their family members if they are a threat to their power and control.
Despite their best efforts, however, conspiracy revealers/acknowledgers are finally in the majority--recognizing the political system is a farce used, just like covert initiated/funded/armed groups and orchestrated false flags/plandemics, as a means to distract and divide citizens from organizing to restore independence, personal freedoms, justice, and complete transparency in government.

John WernerReviewed in the United States on August 1, 2020
5.0 out of 5 stars
Kennedy Was Absolutely Right...& They Killed Him
The Last Narc, to me at least, is groundbreaking. We are finally getting a more clear picture of the travesty that is simply called "The Company" more widely known as the CIA. If the government we thought we elected was ruled with high morals then this is the flip-side, and they seem to act with total impunity answering to no particular set of standards and morals.

Yes, I'm talking about this series. It shows how evil the black arm of our government is simply as it feels it answers to no one. Yet mine and your taxes fund it. Wow, that's kind of a huge breach of trust. Not nearly as bad as those who have lost loved ones to this out of control group playing what they term "the long game". Heck yeah, John F. Kennedy was right to say this organization should be "scattered to the wind". This film presents very very credible evidence and testimony that Cammerena was killed in a "long game" plot in which the CIA and even some of the DEA was complicit. This stinks if Cammerena wasn't your loved one, but think about his wife and sons. The man had a mother who nurtured him so our government could allow this? I'm sorry but God's unfettered wrath is the only fitting sentence for all of the folks who knew but allowed this man's death.

I admit I did pause to wonder, could all of this really be the way our clandestine three-letter agencies work? Then I started adding up some quite obvious stuff. Eisenhower had remorse over what he'd seen, even some of which he was a part of, and gave a sobering warning in his parting speech to all Americans. It is haunting even more today. Next was Kennedy's assassination which anyone with even rudimentary comprehension knew The Warren Report was pure BS. Finally it came to the ultimate when 3000+ people's lives were as pawns in the long game. I won't say more regarding this because it opens up the wildest of discussions. The only thing you need to know here is that YOU ABSOLUTELY NEED TO SEE THIS SERIES. It may be one of the few times we get something close to the truth about how wicked parts of our government actually is. YOU NEED TO SEE THIS, I WILL REPEAT WITH EMPHASIS.
173 people found this helpful

USA1Reviewed in the United States on July 31, 2020
5.0 out of 5 stars
Outstanding - The Real Story
Accurate first hand account of what really happened.
Sad commentary on our own government and some of their end justifies the means actions.
Definitely some really questionable behavior and probability of cover ups.
Proud of the retired U.S. government agents who had the integrity and courage to speak out.
Wow!
111 people found this helpful

R HugReviewed in the United States on July 31, 2020
5.0 out of 5 stars
The Truth Always Comes Out Eventually
This couldn't come at a more fitting time when corruption of government is being exposed everywhere. It's been a known fact the CIA has been involved in drug dealing a long time, this just drives it all home.
93 people found this helpful

Amazon CustomerReviewed in the United States on July 31, 2020
5.0 out of 5 stars
Illuminating
Every US citizen should watch this and you might understand why government should serves it's citizens, and not sell them cocaine to finance a war that will "keep the commies from taking over a third world South American country". F everything about the CIA and those complicit DEA agents.
69 people found this helpful

John HenryReviewed in the United States on July 31, 2020
5.0 out of 5 stars
Betrayal
This tells the story about our government. They are capable of and committed unimaginable crimes. My God. I can't begin to image how those involved live with themselves, much less justify their actions. At some point one becomes lost to compassion, lost to humanity, When that happens we call it evil. 9/11
59 people found this helpful

TheathegreatReviewed in the United States on July 31, 2020
5.0 out of 5 stars
More Blame on Mexican Govt, not USA PLEASE
At age 6 when Grandma told me how the govt. works, I knew they were lying. If you were stupid enough to think our govt. cares about us; that's on you HOWEVER- I love America and I see no mention of the COMPLETE CORRUPTION of the Mexican Govt. and their UNCOOPERATIVE nature while still trying to get here any way possible.
Good flick.
57 people found this helpful

Alaska NorthernReviewed in the United States on July 31, 2020
5.0 out of 5 stars
Riveting. Eye Opening.
Justice is coming for Kiki-
54 people found this helpful
See all reviews
Back to top
Get to Know Us
Make Money with Us
Amazon Payment Products
Let Us Help You
EnglishChoose a language for shopping. United StatesChoose a country/region for shopping.
© 1996-2021, Amazon.com, Inc. or its affiliates