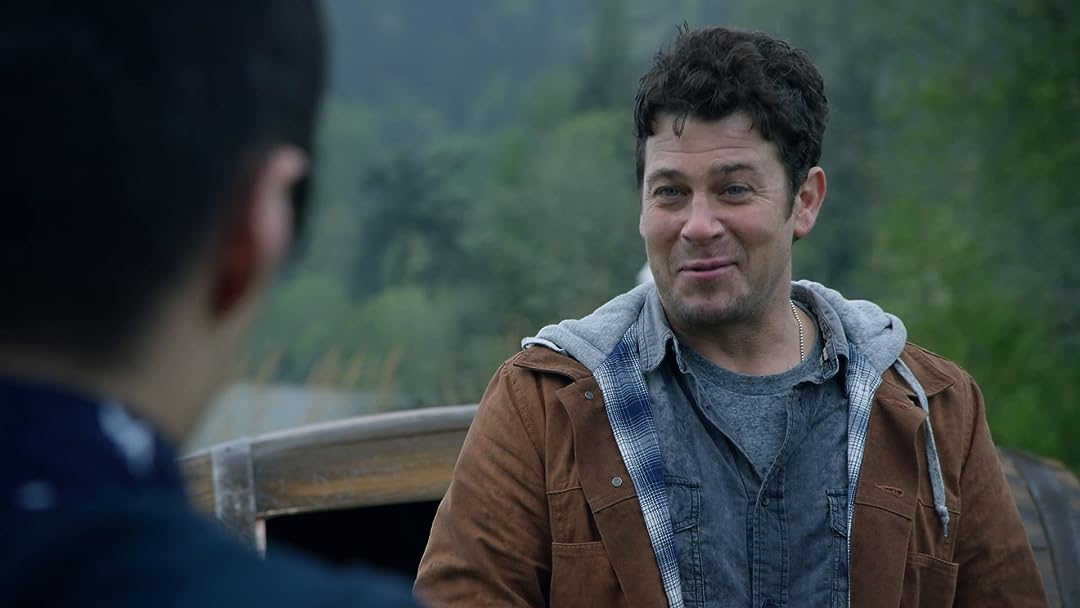 (416)
7.32018X-Ray13+
With the Library no longer tethered to humanity, the Librarians greatest challenge this season comes from within the Library itself. As Jenkins organizes the ritual that will bond one Librarian and one Guardian to the Library forever, a woman from Flynn’s past reveals herself to be one of the Library’s dirty secrets and every Librarian must ask themselves: Is the Library itself good or evil?

KenReviewed in the United States on December 16, 2017
5.0 out of 5 stars
The "good guys" win because they are smart, team-oriented,...and what a finale! (Spoilers!!)
Verified purchase
With so many stories that require the biggest gun or the hardest punch for the hero to win the day, I love the fact that it's brains and ideas and working together that win the day. The stories interweave into a captivating tale that does what I need a good story to do - enthrall and engage me enough to give me a break from reality for a little while, catch my breath, and after blowing out the cobwebs, taking on my real life challenges and going for the win. In the tradition of the storytelling bards of old, I love "The Librarians" and would definitely think of this as family entertainment, but that is just me - check it out for yourself.

SPOILERS and I do not apologize for doing it!

The last 2 episodes had me completely enthralled - I LOVED it and I was so mad when the "to be continued" came up at the end of episode 11. Jenkins' story line actually made me cry. The resolution was awesome - the view of the world without curiousity and creativity - at least in my mind - was so frightening to say the least. To exist day to day with no ideas, no color, doing a job by rote and answering to a higher entity - "The Company" - that has no heart or soul is the truest nightmare in my mind. Then to realize that the true treasure of creativity, curiousity, and magic resides in the mind and the heart - I was actually cheering at the end. Well done!! A story worthy to be called "classic."

I rather got the feeling that this might be the wrap up of the story for the Librarians. (Don't panic - just me speculating.) The Library is safe. Time is restored, and all but one question is answered. The only door left open ever so slightly is Nicole telling Flynn that she would see him in 500 years - they might be able to do something with that - but if the Librarians are to continue, they will have to be very careful in keeping the life and calibre of the writing. I truely hope it is not the end - but if not, please let it go on a high note.

Amazon RichardReviewed in the United States on February 8, 2018
5.0 out of 5 stars
Tremendous season!
Verified purchase
After the disappointing season 3, I was concerned about season 4, and I remained wishy-washy about this series until the end of the series. Now I can say "Wow!" - I didn't see that coming, and what a great season! Season #2 has been my favorite. Now that the season #4 has ended, I am going to re-watch all of season #4. This season may replace #2 as my favorite season of all. The finale was superb, much like the season #2 ending.

In season #2 and #3, there was a "villain of the season" (Season 2 was Prospero, and Season 3 was Apep). Season 1 had a looser connection with the Serpent Brotherhood. I don't want to give too much away, but Season 4 is more introspective; in the opener, the Librarians learn some facts that make them question the essential rightness or goodness of the Library, and this is kind of the theme woven throughout the season. This change was VERY refreshing, especially as season 3 was such a disappointment following this theme.

If you've never seen any of the Librarians, watch the three films, and start from season #1 - it's a great adventure.

If you enjoy the Librarians, you'll certainly enjoy season 4 - it may get rough in the middle, but persevere through the entire series; you'll be glad.
5 people found this helpful

VAndylandReviewed in the United States on December 29, 2017
3.0 out of 5 stars
Deaf people love this show too. Please fix
Verified purchase
What the heck Amazon?!! Please make sure your captioning or subtitles work, We are a Deaf house hold who LOVE this show. I want to give it a 5 rating but not including captioning tanks it. Pleas fix then advise us of the fix!!
19 people found this helpful

S HerrmannReviewed in the United States on February 18, 2018
5.0 out of 5 stars
GREAT FUN!
Verified purchase
It is hard to find shows that are uplifting, fun and unique. I'm getting so tired of the dark twisty dramas - they're good, but EVERYONE is making them and at some point, they're just depressing. This show, I just feel happy when I watch it. Yes, it's quirky, kind of silly... like a show for adults who still might like scooby doo but don't want to admit it. =) But you can watch it with your entire family and I love that there isn't another show like it anywhere. If you loved the first Librarian movie, you will love this show. It stays true to it. Plus the cast is fantastic!
6 people found this helpful

Beatrice CarrollReviewed in the United States on May 29, 2018
5.0 out of 5 stars
Good for entire family
Verified purchase
Love this series because of the creativity that’s used to solve problems that they run into. No worries about profanity, sexually explicit scenes or massively violent scenes.
13 people found this helpful

Maggie MaeReviewed in the United States on January 27, 2018
5.0 out of 5 stars
Terrific series
Verified purchase
This is a terrific series. The plots, particularly in the earlier years, are complex, weaving together history and magic in a compelling story. Kudos to Noah Wylie for continuing the Librarian's story.
3 people found this helpful

Sci Fi ChicReviewed in the United States on February 20, 2018
5.0 out of 5 stars
Always Great!
Verified purchase
The Librarians is one of my favorite shows on television, and this season was fantastic! It really made me happy to see some character driven episodes, and the overall season arch was fun and twisty :-) I hope it's not the end!
9 people found this helpful
See all reviews
Back to top
Get to Know Us
Make Money with Us
Amazon Payment Products
Let Us Help You
EnglishChoose a language for shopping. United StatesChoose a country/region for shopping.
© 1996-2021, Amazon.com, Inc. or its affiliates