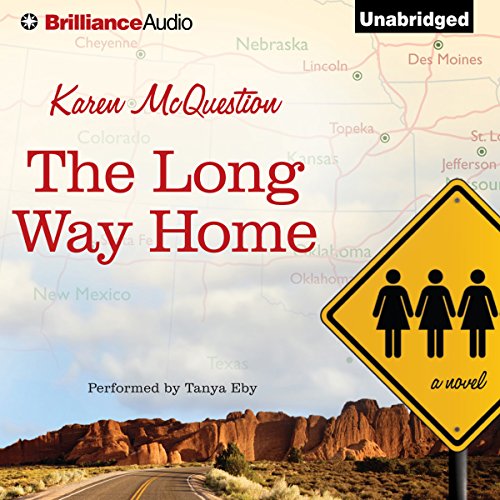 Marnie is just 35 when her boyfriend, Brian, drops dead of a sudden heart attack. Stunned by his death, Marnie finds her greatest grief is for Troy, Brian’s son whom she has raised as her own since he was a kindergartener. When he is reclaimed by his train wreck of a birth mother, Troy’s departure drives Marnie to a grief group at the local rec center. There she finds unexpected allies, three strangers who join her in an impulsive road trip from Wisconsin to Las Vegas to reconnect with Troy. Along for the ride are fifty-something Rita, prim and ladylike on the outside, seething with rage on the inside over the murder of her daughter; Laverne, Marnie’s introverted landlady who is crippled by grief for her late husband; and Jazzy, a psychic driven to the grief group by an unseen voice. Together they embark on the adventure of their lives, a journey toward healing, friendship, and love.

J Estevez
3.0 out of 5 stars Cookie Cutter
Reviewed in the United States on September 28, 2018
Verified Purchase
If you like nice and neat, cookie cutter stories, the Long Way Home is for you. It was a sweet little story of four ladies in various stages of life, who hardly know each other, yet all agree to set out on a road trip to support Marnie and her plight to rescue her step son from his mom’s house in Vegas. Of all the characters I can’t say I had a favorite. TLWH was a little too smooth for my taste.
Read more
23 people found this helpful
Helpful
Report abuse

just jen
1.0 out of 5 stars Very hokey
Reviewed in the United States on June 6, 2021
Verified Purchase
Not believable even for a book. Good idea just the events that happened don't ring true. Don't want to spoil it for anyone but one of them gets stabbed then she sneaks out of the hospital with no antibiotics or pain meds?? Then the same woman gets choked on a plane and she can talk afterwards???? And how about the woman with the bag of pills???? And let's face it, had this car load of women been women of color, would they have gotten the same treatment?? I think not!
Read more
7 people found this helpful
Helpful
Report abuse

(ajk) avid reader
5.0 out of 5 stars Wonderful
Reviewed in the United States on June 28, 2019
Verified Purchase
A truly delightful novel about the individual journey four.women partake in after meeting at a group for women grieving a loss of death. Upon deciding to take a.road trip together, not only do they discover so much about themselves but about each other. They slowly discover the deep truths in their lives and how to overcome those fears and to live more honestly both within and with others.

Despite being so different from one another, they soon learn they can gain so much from one another if they truly look at the other person without their own experiences her to g in the way.

What starts out as a journey with one goal in mind, soon each woman finds they actually have individual.ones they can and want to achieve in the trip. New realities unfold for each one and as a group. Friendships are built, new relationships are found and formed and each one begins to move forward in their lives with new perspectives, new friends, and new focuses on where they have been and where they are going.

MsTee
5.0 out of 5 stars New Friends found.
Reviewed in the United States on February 17, 2021
Verified Purchase
To any and all women who may read this story. At anytime in our lives we can experience what the characters in this book faced, not necessarily at the respective age of our characters in this story, but certainly sometime in our life. Most importantly, no matter our age we should always strive to maintain a bit of "Jazzy" in our personalities. This story grabbed me, made me chuckle spontaneously, and had me rooting for the four characters on this journey. To the Author please keep writing, your tales help some of us escape our own lives and sometimes possibly give us courage to move ahead and away from where we are in our lives.
Read more
4 people found this helpful
Helpful
Report abuse

Anna1
2.0 out of 5 stars Too Long of a Trip
Reviewed in the United States on November 21, 2020
Verified Purchase
I realize authors write fiction to give the reader an escape from the real world but this book just didn't hold my interest at all. I usually can find some parts of a story believable but not in the trip the ladies took. I realize because this story wasn't for me doesn't mean that another reader won't enjoy it!
Read more
4 people found this helpful
Helpful
Report abuse

Simply Me
4.0 out of 5 stars A Stable Read
Reviewed in the United States on December 19, 2020
Verified Purchase
The Long Way Home kept my attention. Th characters were well-developed. The ONLY issue I have with the book was the fact that there was never an actual conversation about what happened with Laverne and Marnie at the rest stop with Max. Yeah, Laverne told the medical staff about the injury, but there was no conversation about it with Jazzy and Rita. I don't even think Rita was EVER told about it. That left a hole. Good stable book otherwise.
Read more
One person found this helpful
Helpful
Report abuse

Kindle Customer Joanna Innes
4.0 out of 5 stars Homey characters
Reviewed in the United States on September 10, 2016
Verified Purchase
Isn't everyone intrigued by the possibility of knowing what lies around the next corner? That's what I liked about Karen McQuestion's novel. By giving Jazzy clairvoyance through her grandmother, the ground is layed for joyful adventure s for the car full of gentlle but quirky women. Each one has some sort of problem to fix, and by the end of the trip, each is in a better place. It's a gentle read, a. relaxing time with just the right amount of good humor and intrigue, a pleasant escape from the troubles of this old world.
Read more
14 people found this helpful
Helpful
Report abuse

Vikki
5.0 out of 5 stars Nice Escape
Reviewed in the United States on January 16, 2022
Verified Purchase
This book is very easy enjoyable reading and a nice escape from reality. It was heartwarming to see how Jazzy tuned into everyone's heart and soul & sincerely helped her friends. It was a Pollyanna story with a happy ending and at my age of 74, the only kind of stories I enjoy.
Read more
One person found this helpful
Helpful
Report abuse
See all reviews

Deb
5.0 out of 5 stars A group of women on a trip
Reviewed in the United Kingdom on July 25, 2020
Verified Purchase
I follow Karen McQuestion though Facebook and a group called My Book Tribe. I enjoy the way Karen writes and takes us on a journey with each book.

I loved all of the characters in this book, they’re portrayed so well! It’s a story of self development and new experiences for them all. Laverne has to be my favourite though. Coming out of her shell like no one expected!

The women, who are more or less total strangers, get in the car belonging to one of their spouses and make a trip like no other they have gone through before. They learn a lot about each other and the story is comforting I found.

If you like a story of women’s camaraderie, this is a good book for you!
Read more
Report abuse

I Heart Books
3.0 out of 5 stars A Charmer, if a Little Weak
Reviewed in the United Kingdom on May 26, 2012
Verified Purchase
This charming little novel uses circumstance to bring together four women you would never expect to be friends otherwise and sets them on a life-changing road trip.
It is sweet in its idea and really presses home the idea of being a master of your own destiny - especially in relation to Marnie.
The characters are a mixed bunch - I found it hard to like Rita, a boring old fuddy duddy outside of her circumstance, and Marnie - a martyred victim, but otherwise the story itself captured me and I finished the book in a few days.
The ending is perfect for those who like all loose ends tied up and it's a very easy read, but at times it can lack a little substance.
Read more
17 people found this helpful
Report abuse

Mrs T
5.0 out of 5 stars The Long Way Home
Reviewed in the United Kingdom on June 29, 2014
Verified Purchase
This is set in America and the language could be irritating. The main characters are stereotypes, the woman grieving for her murdered daughter, the one separated from the boy she raised, the elderly recluse and the extrovert, kind-hearted free spirit who brings them all together and takes them on a journey to Las Vegas. However, I found I couldn't put the book down and had to finish it to find out how all their situations were resolved. There are coincidences and a lot of psychic happenings, but no sex or bad language which is unusual these days and the main reason I have given the full five stars.
Read more
One person found this helpful
Report abuse

Myrna McClure
2.0 out of 5 stars For children`s Library
Reviewed in the United Kingdom on July 26, 2018
Verified Purchase
Awful, awful, awful. The most far fetched book I have ever read. Did not enjoy it one bit. Took me all my time to keep with it as I do not like not finishing a book. Will certainly not be buying Karen McQeuestion again. Like something a child would read.
Read more
One person found this helpful
Report abuse

Lletyderw
4.0 out of 5 stars Well worth reading
Reviewed in the United Kingdom on April 2, 2013
Verified Purchase
This is a very different book from any I would usually choose but is well worth reading. We have four very different female lead characters all with their own stories to tell on a road trip to discovery. The stories are all well inter-woven with seemingly small co-incidences having major impacts. I am not really one for psychic-led stories but this was subtly done and worked really well and I found I could relate to, or at least recognise, all of the very different personalities.
Read more
Report abuse
See all reviews