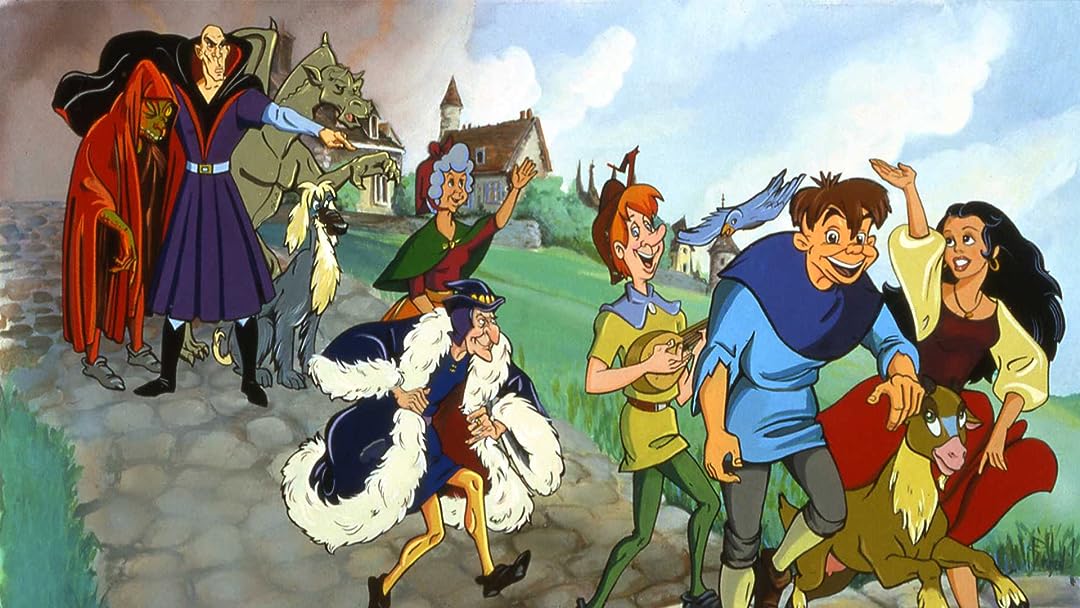 The Magical Adventures of Quasimodo

Season 1
(4)
6.619967+
From the shadowy belfries of Notre Dame to the echoing streets of Paris, "The Magical Adventures Quasimodo" vividly portrays another place and time when mystery and magic prevailed. A remarkable time of kings and pickpockets, dukes and gypsies, it is a time of song and celebration... and a remarkable young man... Quasimodo and his exceptional friends.

Playing the video isn't supported on this device/operating system version. Please update or watch on Kindle Fire, mobile devices, game consoles, or other compatible devices.
Add to
Watchlist
By ordering or viewing, you agree to our Terms. Sold by Amazon.com Services LLC.
Write review
Show all 26 episodes

SunnySunnySunshineReviewed in the United States on July 12, 2019
5.0 out of 5 stars
The Most Amazing Piece of Children's Cinema of Our Generation
Honestly? Where to start. The entire story arc with the pinata and the bowl of french onion soup just completely blew me away. The depth of the writing was beyond unbelievable. This series taught my children quite a bit about the birds and the bees, but like, in a tasteful way, you know? They really didn't HAVE to animate the Quasimodo x Frollo scenes as thoroughly as they did, but I get it. I'm progressive. I can dig it.

I was surprised that Quasimodo turned out to be a level 12 Warlock. Let me tell you... I did not see that Hunger of Hadar coming. My kids were delighted as the portal to the emptiness of the void appeared and large black octopus tentacles consumed the townspeople. Something about people being sucked into portals of absolute bleak nothingness really seems to give them a little tickle. That's how you know I'm raising them right.

I want to thank the animators personally for working as hard as they did on this beautiful piece of work. I really can't believe how well done it is.

Well, that's all I have for now. I'm still coming down from the magic of this wild ride. Either that or I've got hot flashes again.

ThunderHawkReviewed in the United States on February 1, 2020
5.0 out of 5 stars
Great Stories every episode about not giving up
A great animated series that follows the adventures where Quasimodo doesn't let Frollo's insults keep him down in life, on his quest to find his parents across the kingdom. With his two friends, he faces Frollo and his minions at every turn, and has to use his mind, agility and kindness to outwit his relentless enemy. There's a quest for turning metal into gold, but also the goal of accepting oneself and making the most out of life, despite some sad times for this character. A well-rounded character of a great series that needs to be in most animated collections. I wish I had seen this long running series growing up. It's a favorite with a very long runtime. 5/5
See all reviews
Back to top
Get to Know Us
Make Money with Us
Amazon Payment Products
Let Us Help You
EnglishChoose a language for shopping. United StatesChoose a country/region for shopping.
© 1996-2022, Amazon.com, Inc. or its affiliates