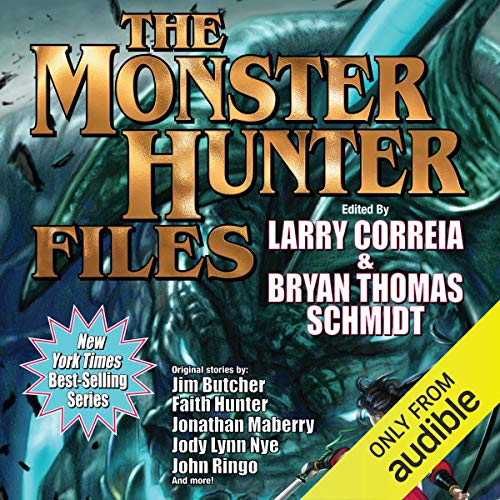 4.7 out of 5 stars
4.7 out of 5
396 global ratings
How are ratings calculated?
To calculate the overall star rating and percentage breakdown by star, we don’t use a simple average. Instead, our system considers things like how recent a review is and if the reviewer bought the item on Amazon. It also analyzes reviews to verify trustworthiness.
Top reviews

Ray
5.0 out of 5 stars Well Done Collection of MH Stories
Reviewed in the United States on October 4, 2017
Verified Purchase
Wow - this collection knocks it out of the ball park! A dirty secret of publishers is many short story collections often only have one great story, and unfortunately you need to buy the entire book to get that one story. And yes, that has happened a lot to me with a certain author in this collection... This reminds me of how Record Albums used to be sold, where you had to buy the entire Album for the one Song you really wanted. In this collection, thankfully, all the stories are a good read!

The stories are set in the MH (Monster Hunter) Universe that builds on the other books in the series, and many of the stories focus on a particular character, such as Julie, Trip, Agent Franks, Chad, etc. The stories range from a Kitsune in Portland, to the janitor at MH HQ, to Agent Franks during WW2. Sarah Hoyt did a great job with Julie, and I look forward to her collaboration with Larry in MH Guardian.

Positives:
- A+ Authors like Jim Butcher, John Ringo , and more! You should just buy the book for the Jim Butcher story!
- Great stories that are just a fun read.
- The stories add to the Monster Hunter Series.
- Baen Quality - Baen, the book publisher are among the best editors in the Sci Fi area.
- Reads like a B Movie, where the Heroes shoot back!
- Wide range of stories
- You find out about the brother of Owen's Boss (Owen's Boss was thrown out a window in book 1 - he's was Werewolf) mentioned in the greatest opening book sentence that starts book 1 Monster Hunter International (Monster Hunters International Book 1)  ever in his first published book that has 1296 reviews with 4 1/2 stars out of 5.

Negatives
- You may hurt yourself by laughing so hard.

Do you need to read the rest of the series before this?
No, but that would add to the enjoyment.

Should you read this at work?
No, there is a huge danger of ROFL and that may impact your career.

Is this a serious literary work?
No

How would you rate it?
R for violence. Lots of Monsters and bad guys are killed. Think a B Movie.

Is it silly?
No, just clean fun.

Is it Gory?
No. People and Monsters die, but it's not done in a gory way.
Read more
25 people found this helpful
Helpful
Report abuse

The Monster Hunter International Files is a grand anthology. Every story is interesting and entertaining. One of my most beloved elements of the MHI series are the dashes of humor even when the monsters are enormous and doom seems inevitable. Many of these stories continue that tradition brilliantly. But if you prefer the dark side of fantasy horror, you have content to enjoy as well.

The authors have done a good job of providing enough back ground that I think that someone unfamiliar with the series would still enjoy it.

In terms of my personal enjoyment, the outstanding stories in the collection were:
• Small Problems by Jim Butcher
• She Bitch, Killer of Kits by Faith Hunter
• Hunter Born by Sarah Hoyt
• Keep Kaiju Weird by Kim May
• Sons of the Father by Quincy Allen
• The Case of the Ghastly Specter by John Ringo
• Huffman Strikes Back -by Bryan Thomas Schmidt & Julie Frost
• Thistle by Larry Correia
• A Knight of the Enchanted Forest by Jessica Day George

I had planned to read this book on my Kindle, but somehow, I got the Audible version going and finished out listening rather than reading. Most of the performers were new to me. While all the narrators did an excellent job, I believe the women did especially well at playing their characters.
Read more
18 people found this helpful
Helpful
Report abuse
See all reviews

Ken O'Neill
5.0 out of 5 stars Good Mix of Stories
Reviewed in the United Kingdom on June 27, 2019
Verified Purchase
OK, as usual with a multi-author anthology there's 1 or 2 stories that are pretty much a waste of a perfectly good tree, but others have kept me up past my self-imposed "lights out time" to find out how they end. It's also managed to squeeze in potted bibliographies of all the contributors that are actually useful, and that is less common than you'd think.

I'd never read any of the Monster Hunter International series before this (I bought it exactly because I was looking to read new stories by lots of people without buying entire novels), and even with stories that are untold incidents from the life of an established major character, I was given enough about the character that they're not just cyphers.
Read more
Report abuse

David Coutts
5.0 out of 5 stars Excellent collection of short stories.
Reviewed in the United Kingdom on March 26, 2021
Verified Purchase
The stories and authors cover a wide variety of characters. Some of them familiar to readers of previous MHI novels, some not. The style changes according to who is writing, but it's never jarring.

Mr. J. Cookson
5.0 out of 5 stars Larry Correia is an excellent author
Reviewed in the United Kingdom on June 3, 2020
Verified Purchase
Once I read one of these books (monster hunter series and also grimnoir chronicles series), I could not put them down, thoroughly enjoyed them all (moral dilemma about gun ownership, but the books don't work without it)
just waiting for more in these series to be published for me to buy and read
Read more
Report abuse

Raven Lunatic
5.0 out of 5 stars A great mixture of stories.
Reviewed in the United Kingdom on October 24, 2017
Verified Purchase
I bought this book as I am a great fan of Jim Butcher and Faith Hunter. They did not disappoint and neither did any of the authors. A brilliant read and would recommend it as a holiday read.
Read more
Report abuse

Amazon Customer
5.0 out of 5 stars A fun page turner
Reviewed in the United Kingdom on March 22, 2018
Verified Purchase
Keeps you busy interested and will tide anyone over while awaiting the next book from Larry Coreia, it won’t be long now.
Read more
Report abuse
See all reviews
Back to top
Get to Know Us
Make Money with Us
Amazon Payment Products
Let Us Help You
EnglishChoose a language for shopping. United StatesChoose a country/region for shopping.
© 1996-2021, Amazon.com, Inc. or its affiliates