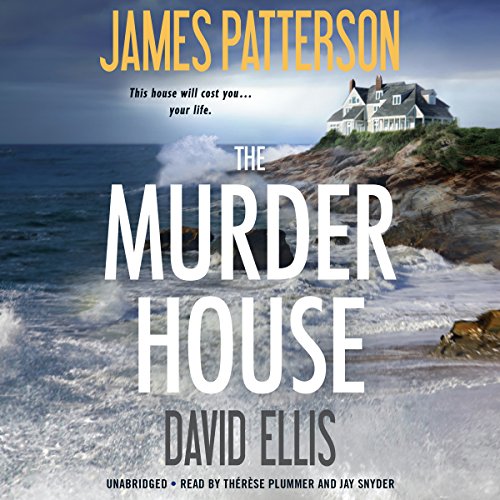 Detective Jenna Murphy comes to the Hamptons to solve a murder - but what she finds is more deadly than she could ever imagine.

No. 7 Ocean Drive is a gorgeous, multi-million-dollar beachfront estate in the Hamptons, where money and privilege know no bounds. But its beautiful gothic exterior hides a horrific past: It was the scene of a series of depraved killings that have never been solved. Neglected, empty, and rumored to be cursed, it's known as the Murder House, and locals keep their distance.

Detective Jenna Murphy used to consider herself a local, but she hasn't been back since she was a girl. Trying to escape her troubled past and rehabilitate a career on the rocks, the former New York City cop hardly expects her lush and wealthy surroundings to be a hotbed of grisly depravity. But when a Hollywood power broker and his mistress are found dead in the abandoned Murder House, the gruesome crime scene rivals anything Jenna experienced in Manhattan. And what at first seems like an open and shut case turns out to have as many shocking secrets as the Murder House itself, as Jenna quickly realizes that the mansion's history is much darker than even the town's most salacious gossips could have imagined.

As more bodies surface, and the secret that Jenna has tried desperately to escape closes in on her, she must risk her own life to expose the truth - before the Murder House claims another victim.

Full of the twists and turns that have made James Patterson the world's number one best-selling writer, The Murder House isa chilling story of murder, money, and revenge.

Your audiobook is waiting!
Learn more about Membership
List Price: $30.79
You Save: $3.85 (13%)
By completing your purchase, you agree to Audible’s Conditions Of Use
Sold and delivered by Audible, an Amazon company

Amazon Customer
5.0 out of 5 stars Loved Murder House
Reviewed in the United States on April 24, 2016
One of the best James Patterson novels ever. Thought I had it figured out several times. Great twists. My fave. A happy ending. Loved it!!!
Images in this review

BridgettTop Contributor: Eye Makeup
TOP 1000 REVIEWER
2.0 out of 5 stars Clunky and disjointed...
Reviewed in the United States on April 22, 2018
Verified Purchase
I knew there was a reason I didn't care for James Patterson novels...they're clunky as hell. While I typically enjoy short, to-the-point chapters...these were disjointed and all over the place. First, they're all told from different perspectives, but the narrator of the chapter isn't identified in any way...so you literally spend a paragraph or two just trying to figure out whose thoughts you're reading. Second, there are huge time gaps. One 2-page chapter will end, and the next will take place 30 days later. Normally, that wouldn't bother me. But as a reader, I was immediately dropped into the middle of a murder trial, with only the barest hint of any detail. In writing, that does sometimes work. In this book, it absolutely did not. That's clunky writing. Period.

Furthermore, police and trial procedural seems to be nonexistent. And can I just say, this might have been the STUPIDEST police department in the history of all police departments, throughout the entire world? "Some random person says I should arrest you for murdering 8 people? Well, alrighty then. Let me get a warrant."

Sorry. It doesn't work that way.

Lastly, this book is FAR too long, and even worse, it's predictable. By around the 40% mark, I'd figured it out. Blah. I've read 52 books so far this year (it's 4/22), and this one took me a full week to finish. That should tell you something. The author was throwing red herrings all over the place, introducing characters which simply didn't need to be introduced, and writing story lines which added quantity, but certainly not quality.

This novel is definitely not a winner, and I'm sorry to say, I can't knowingly recommend this book to anyone. 1.5 stars rounded to 2.

RFT
3.0 out of 5 stars Finally, at $9.99, I was willing to pay and read this book
Reviewed in the United States on May 1, 2016
Verified Purchase
Well, the Kindle price finally came down to $9.99. I refuse to pay the $14.99 so many books are priced at. That said, this book was one of the "better" ones compared to recent Patterson Publishing Mill books. It wasn't great, but good. So many Patterson bokos seem to be rehashed]s of older books but with less quality. Does Patterson even write these books? Again, I did like this book. The killings were more fun and the cop was only mildly messed up. Half the cops and criminals in these stories should be tossed into jail and the keys thrown away. There isn't one character I liked in this book. Well, maybe Ricketts was okay, but she was a minor player in the story. I guess that's something. There are several Patterson books waiting to be read, and Cussler books and other authors whose books are sitting in my Kindle Wish List waiting for the price tom drop. The only good thing about waitng is that I am being forced to find lower-priced books from authors, new and old. C.S. Forester and David Rosenfelt have low-priced books that are decent. Some are quite good.
Read more
20 people found this helpful
Helpful
Report abuse

W. Frazier
VINE VOICE
3.0 out of 5 stars Plot in overdrive. Everything to the extremes.
Reviewed in the United States on April 26, 2021
Verified Purchase
I really enjoy the writing partnership of Patterson and Ellis. Together they add an extra polish to their storylines. This entry is entertaining and it keeps on the move, however it’s almost over-written, over-edited. It’s in plot overdrive from beginning to end. The whodunit narrative plays all the angles, almost every one possible. And it takes things to the extremes - the violence, the damaged lifestyles, the communication gaps, the missing details. It’s all uncomfortable, very unsettling and goes to the worst assumptions on human behavior - a very dark portrait of trust. There’s a good mystery inside the doom and gloom, but instead of a steady satisfying build, I feel played by the countless misdirects.
Read more
3 people found this helpful
Helpful
Report abuse

Booklover
2.0 out of 5 stars Borderline dreadful
Reviewed in the United States on October 29, 2017
Verified Purchase
I never thought I'd give a James Patterson book anything less than 5 stars. In truth, I guess I'm really not now since he's just a "co-author." This book was entirely too long and the entire premise is borderline ridiculous. I've never read a book, particularly one by a first-class author, in which I couldn't find one single character to like...not one! This one was on sale and the main point I take away from it? I'll never read another book by David Ellis.
Read more
17 people found this helpful
Helpful
Report abuse

cm
3.0 out of 5 stars Typical
Reviewed in the United States on January 31, 2017
Verified Purchase
Nothing really special here. The book was okay and about on par with the Patterson books from the last 10-12 years. I much prefer his books over the books like this one where it is obvious he did a small contribution/editing to it and plastered his name across the top for a fee. He is not the only one of my favorite authors to do this and it has brought down the quality of their work and left me not really caring when a new book comes out.

I realize that that is more of a critique of the author's business model than it is of this book, but I think people should be aware that this is not really a Patterson book. If you can get it really cheap then go ahead and read it. Do not spend more than a couple bucks on it.
Read more
10 people found this helpful
Helpful
Report abuse

Kindle Customer
5.0 out of 5 stars Suspenseful James Patterson at his best!
Reviewed in the United States on April 26, 2016
Verified Purchase
After the last Alex Cross novel that I loved, I stopped reading James Patterson novels because there are a couple I just didn't enjoy anymore. The Murder House is excellent with the intensity that I'm used to reading in James Patterson novels . I only guessed who really did it close to the end of the book! There are so many scenarios with so many twists and turns it's very difficult to figure it out but wow this is the best book that I have read by James Patterson in a very long time ! I highly recommend this book to James Patterson fans and proudly give it five stars!
Read more
9 people found this helpful
Helpful
Report abuse
See all reviews

Kindle Customer
5.0 out of 5 stars Another great read by JP
Reviewed in the United Kingdom on June 21, 2020
Verified Purchase
I do so love reading books by JP. He draws you into the novel in such a way that you are hooked from the start! I also like the short chapters that keeps you engrossed, and this book was no exception. I don't like to give anything away, but this novel covers just about everything! A family tragedy and the repercussions through time lead to more murders. At the fire front is Jenna Murphy who would like nothing more than to solve the killings at the Murder House. Enjoy!
Read more
Report abuse

Juliette Langford
3.0 out of 5 stars Not the best
Reviewed in the United Kingdom on September 28, 2015
Verified Purchase
An interesting book but outcome predictable. Lead character Jemma, a detective, was rather silly and not a bit true to life. Having said that the book kept me entertained over five nights, as I bought them one as a time.
I love most books written by James Patterson, so if you are a fan then it's a good enough read, just don't expect too much.
Read more
3 people found this helpful
Report abuse

Graham Tench
3.0 out of 5 stars Good
Reviewed in the United Kingdom on June 6, 2019
Verified Purchase
Enjoyed but not his best one I knew who done it ha! ha!
Read more
Report abuse