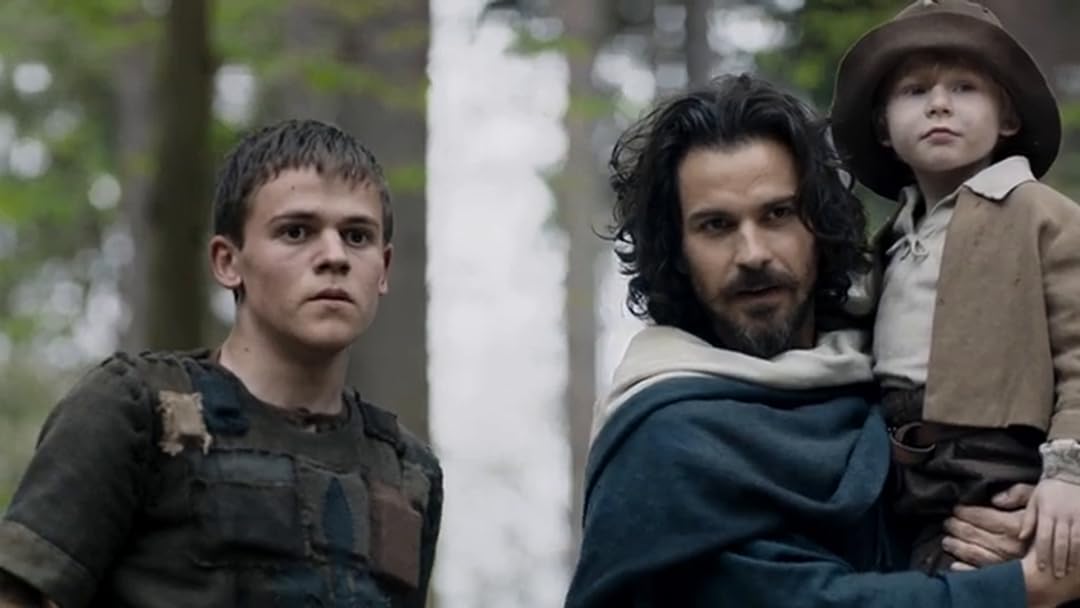 (120)
2016X-RayTV-14
After four years at war, the Musketeers return to a Paris seething with violence and poverty. A seemingly indifferent King has entrusted his affairs to corrupt new Governor of Paris, Philippe Feron. Ordered to the heart of this urban powder keg, the Musketeers are charged with preventing catastrophe. Still, they have their own battles to fight.

AaronReviewed in the United States on September 22, 2020
5.0 out of 5 stars
Amazon, make it available again!
Incredible production, stunning wardrobe, outstanding cast, gripping story line full of suspense. Why did Amazon suddenly remove this show from my area? Two and a half seasons of watching and it is suddenly pulled without warning. That is frustrating beyond words.
UPDATE: I chatted with a friendly and professional member of the support team about this. Brindha was very pleasant and understanding but apparently nothing could be done. I noticed that Amazon is selling the third season on DVD, so I could just buy it and finish the series. However, because I'm already a subscriber and was already paying a monthly fee to watch it, I will buy the DVD somewhere other than Amazon. Even Wal-Mart can have my money before I fork over more to Amazon to keep watching something I already have been paying them to watch.
31 people found this helpful

RogerReviewed in the United States on September 13, 2020
4.0 out of 5 stars
Entertaining Series - Authenticity Questionable - Politically Correct Historical Slant
I liked this series from the first episode. The characters are very likable and not obnoxious like the ones you find so often in Hollywood produced shows. They had depth. They had personality. They were believable. There's no shortage of either intrigue or action. The show delivers both in equal portions.

Understand that I thought the Musketeers had some of the coolest uniforms/outfits ever designed by a costume designer. But they weren't even close to an authentic match for the actual Musketeers of history. Not that it really matters. Its entertainment. Not history. It's a small annoyance that they took so much artistic liberty with the Musketeer garb and one I can live with.

What I find much more annoying is the obvious social justice warrior taint which was allowed to seep in quite unjustly all through the three seasons. There are lots and lots of bad guys who are white men. The most sinister and contemptible villains are ALL white men. There are NO truly evil women. Even the cold-blooded, assassin ex-wife of Athos is made to seem somehow "good" in the end. There are also no truly evil black people, even though the show casts numerous black actors in important roles. We see black Moorish characters at one point, and of course, they make pointed statements about being despised or distrusted by white people simply because of their skin color.

No mention is ever made of how the Moors invaded Europe and occupied parts of it for eight centuries against the will of the native Europeans. Of course not. No mention is also ever made of how the Moors participated in organized enslavement of white Europeans. Of course not - white filmmakers are simply not allowed to portray blacks in anything but a positive light while also painting them as the eternal victims of the white race. This show fell into that trap also and for that reason, I subtracted a star for what would otherwise be a five star show. I felt like I had to stand up for white men on this one and object to the unfair, one-sided and stale imbalance in the category of villains. Why not equal rights for villains? Surely it's not fair that blacks and women don't get to be villains while white men take all those roles? Well, apparently the producers of this show don't believe in THAT kind of equality, in spite of the fact that history has plenty of evil black men and evil women to go around. So, yeah, that aspect of the series really got on my nerves.
30 people found this helpful

Phillip BuescherReviewed in the United States on September 16, 2020
4.0 out of 5 stars
Season 3 episodes 6 and 7 are inverted
Good show and all.

The reversed video order rather ruins the plot of the actual episode 6, where some major plot points happen. Watching 7, a filler episode, first out of order is confusing because characters start out discussing things openly that they didn't know as of the end of episode 5. Threw me off. Had to stop watching "6" and go watch "7" first. Then come back and watch "6".

Please fix the video order, names and descriptions for season 3, episodes 6 and 7 as the videos are inverted.
7 people found this helpful

Leslie OldfieldReviewed in the United States on September 20, 2020
5.0 out of 5 stars
I loved it but......
I love this show so much that I'm upset that I didn't discover it earlier. That being said D'Artagnan and Porthos carried the show from episode one. Aramis and Athos gave up at some point during season 2 there was no emotion out of those two. Spoilers for final episode! I wish they could have explored Athos and Sylvie's relationship better it always felt forced. They did my man Porthos dirty, he/we didn't even get a chance to see him and Elodie together plus he and D'Artagnan had that long conversation about being tired of fighting. What was his reward? Being sent to the front lines without the other three as backup. I could go on and while I'm happy this show ending on a happier note then Merlin I was still disappointed.
7 people found this helpful

CaseyReviewed in the United States on September 14, 2020
4.0 out of 5 stars
Pretty good
Many shows tend to drop the ball with their last season but The Musketeers manages to see things through to the end. It is a bit short, only 3 seasons, but that's ok. There's no need to drag this one out like another certain popular historical action/drama.

Also yes, 2 of the episodes are out of order. That would be episodes 6 and 7, they are reversed. So after you watch episode 5, you will need to watch 7, then 6. Not sure how Amazon screwed that up, but its not The Musketeers fault so meh.
5 people found this helpful

Cynthia AlbrightReviewed in the United States on September 16, 2020
5.0 out of 5 stars
Very enjoyable
There are a lot of cool, great and nostalgic 3 musketeers movies. They seem to get better and this is the case for these episodes. They are endearing, well acted and give a glimpse into the time period. Instead of saying OH another 3 musketeer series, this one was well done and completely enjoyable. Each musketeer has their mastery and their faults and their demons (typical people traits) but overall they hold only loyalty to each other dear to their hearts. I could have watched a couple of more seasons of this series as it was acted well and had a reality to it, as if we may have lived in such devious times. Wait, we do, just with more technology... corruption with those in power.
5 people found this helpful

Darrick MillsReviewed in the United States on August 24, 2021
1.0 out of 5 stars
What happened to Season 3??
Loved the first two seasons, they really had me hooked. But, what happened to Season 3? This is total trash writing. Its more of a drama, cheesy, soap opera now in 3. There are so many things that are done in this season that no one in reality would do, it leaves you with a big sigh and roll of your eyes most of the time.

"I have the evidence, it will solve everything. I left it on the desk with ZERO security where anyone can get to it, that is the perfect place."

Season 3 needs to get rid of these cheesy soap opera writers with plots that can been seen a mile away and really stupid moves that keep the bad guys going. Its ridiculous how different this show has become from the first two seasons.

Also, they change their armor styles so many times in this season that they must have huge walkin closets just to store them! The people are getting worse, less money and food, but the Musketeers are getting five sets of armor and more each just so they can change into something different to ride down the road. LOL

Watch Seasons 1 & 2, then grit your teeth through this horrid Season 3. I can see why there was never a Season 4, they failed epically with Season 3.

Season 3 writers, YOU are the reason this series has failed.
See all reviews
Back to top
Get to Know Us
Make Money with Us
Amazon Payment Products
Let Us Help You
EnglishChoose a language for shopping. United StatesChoose a country/region for shopping.
© 1996-2021, Amazon.com, Inc. or its affiliates