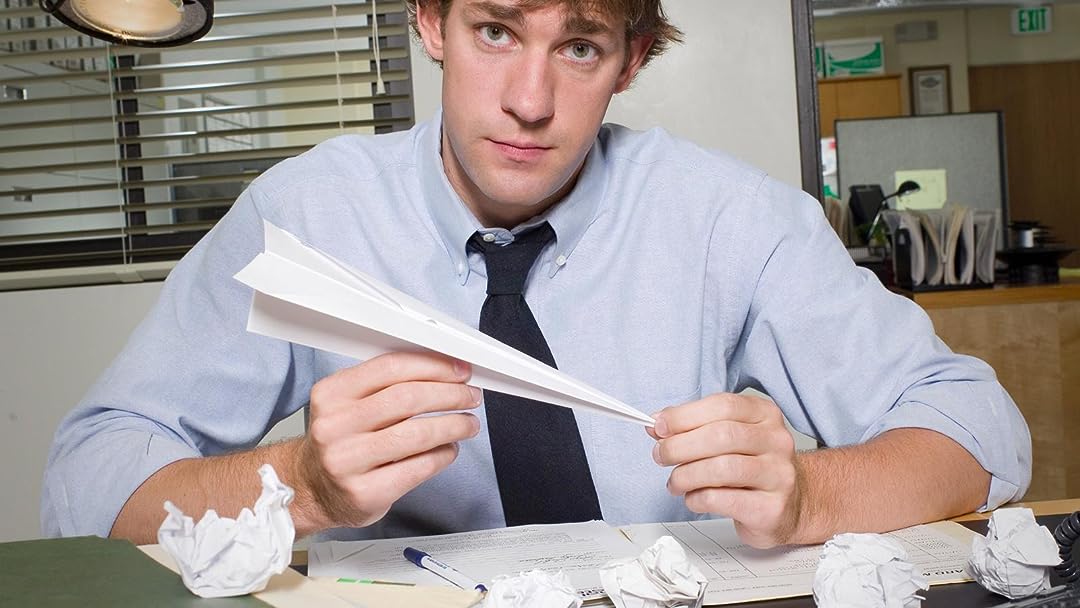 (5,598)
9.02005X-RayTV-14
In this first season of The Office, Dunder-Mifflin Regional Manager, Michael Scott (Steve Carell) leads the documentary team and his staff on a journey through inappropriate behavior, well-intentioned but misguided comments and a myriad of poor management techniques.

BrockReviewed in the United States on February 28, 2021
5.0 out of 5 stars
Yay
Verified purchase
I sucked it up and paid for this so I could stick it to Netflix and Peacock.
35 people found this helpful

IrisReviewed in the United States on February 4, 2016
3.0 out of 5 stars
Much too expensive for a 1/2 show.!! Amazon, RSVP!
Verified purchase
I think that Amazon charges much too much for about 22 minutes. It should be free with Prime.
197 people found this helpful

Glory henryReviewed in the United States on January 8, 2020
5.0 out of 5 stars
Decent
Verified purchase
What can I say Netflix is gone better buy it while you can
Stutman
15 people found this helpful

J. M. RyanReviewed in the United States on January 1, 2018
5.0 out of 5 stars
Love This Show!
Verified purchase
The first season of the Office took a bit to grow on me. I felt the first few episodes were trying a bit too hard, but I stuck with it because I'd heard great things, and I fell in love with it by the end.
21 people found this helpful

Laura C. StriplinReviewed in the United States on April 18, 2021
1.0 out of 5 stars
Condition of disc not as described
Verified purchase
Love the series, but this used copy was scratched up more than what is shown in the picture I took. It was described as “Used- Very Good”. It wasn’t in good condition, plus both the disc and the case had previous owner’s first and last name written in black marker. I wish I just would have paid extra for a new disc.
One person found this helpful

DaveReviewed in the United States on November 12, 2015
5.0 out of 5 stars
Excellent show, but a note of caution...
Verified purchase
STOP!! Don't waste your money with Amazon videos. Don't get me wrong, I love this show. However, I ordered Seasons 1-3 of The Office before I realized I could have bought the complete series on DVD for less than I paid for these three seasons. To me, streaming video just isn't worth the exorbitant cost.
43 people found this helpful

MeerkatReviewed in the United States on February 6, 2006
5.0 out of 5 stars
Imitation is the sincerest form of flattery...
Verified purchase
I'll get the obvious out of the way.... the BBC original series, The Office, is brilliant. When NBC started promoting an American version of The Office, I cringed. It seemed flat and unfunny, and I initially refused to watch. I caught a few minutes one week, and I've been hooked since. It is, surpisingly, quite good. I didn't want to like the show, but found myself drawn in, much in the same way that I was with the original.

Steve Carell is funny, although he does pale in comparison to Ricky Gervais. He seems like he is trying a little too hard to play the character, and it takes him a few episodes before he seems comfortable in the role. John Krasinski is not Martin Freeman either, but his "Jim" character is quite charming in his own way. I was a little surprised at his casting at first because I thought he was too much of a "Ken doll" to play the Tim/Jim role, but after a few episodes, he grew on me.

One of the best things about The Office is that it is a comedy that is actually funny (there are very few on American television, so it's a most welcome addition). The writing is sharp, witty, and well done. It does not condescend to it's audience by blasting it with an annoying laugh track.

Although it is difficult not to compare the two shows to each other, if you watch NBC's The Office and judge it on it's own merits, the show is entertaining and worth watching. I'm glad I gave the show another chance. It isn't necessary to choose between the BBC and American versions of the show. It's okay to like them both.

Skippy McGeeReviewed in the United States on June 11, 2006
5.0 out of 5 stars
Abraham Lincoln once said, "If you are a racist, I will attack you with the north."
Verified purchase
Ok, so episode one sucks and is a total rip off of the britsh version. Ignore that. Totally. Then watch the next episodes. After the mistake of the pilot, this show completely becomes its own thing. And it is now the funniest show on television. Michael (Steve Carell) is perfect as the boss who is most of the time a total jackass, but has those moments where you feel bad that he is what he is. Dwight (Rainn Wilson) is SO great and wonderfully played with his little offside glances at the camera. He is a different version of Gareth that works (and in a less perverted manner). Jim (Jon Krasanski) and Pam (Jenna Fischer) are perfectly cast as the wish-we-were-a-couple with sexual tension so tight you could snap it like a rubberband. Jim is really my favorite (I'm actually kind of in love with him) and does well as the guy who wishes he could get his life together and have a dream so he wouldn't work a paper company, but doesn't know how. The "minor" characters are hardly minor and sport tons of their own great moments. I could just go on forever. There are also great quotes, such as:

"I have been Michael's number two guy for about five years, and we make a great team. We're like one of those classic famous teams. He's like Mozart and I'm like . . . Mozart's friend. No, I'm like Butch Cassidy and Michael is like Mozart. You try and hurt Mozart, you're gonna get a bullet in your head, courtesy of Butch Cassidy."

It really doesn't get better than that.
23 people found this helpful
See all reviews
Back to top
Get to Know Us
Make Money with Us
Amazon Payment Products
Let Us Help You
EnglishChoose a language for shopping. United StatesChoose a country/region for shopping.
© 1996-2022, Amazon.com, Inc. or its affiliates