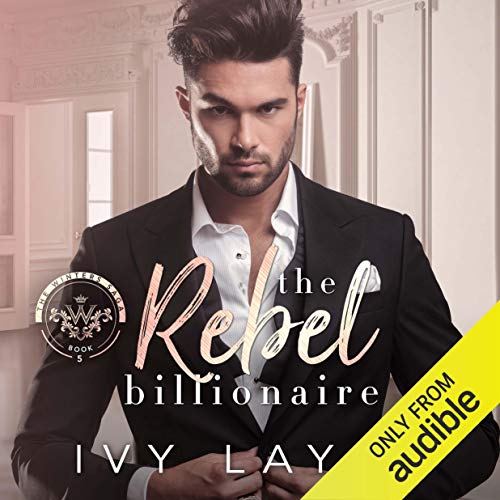 We said we could do casual. We swore we wouldn't fall in love. We lied.

I didn't buy my house just so I could stare at the guy next door. I swear. It's not my fault he mows the lawn with his shirt off. His tattooed muscles are an eye magnet. I can't look away.

The first kiss is an accident. One taste and I have to have more. We were supposed to keep it casual. Neighbors with benefits. No big deal. When a client comes after me for turning him in to the FBI, Lucas swears he'll keep me safe. I'm not supposed to fall in love with him. That's not the deal. I'm walking straight into broken heart, and I can't stop myself.

My new neighbor is a nightmare. Or a wet dream. Charlotte Winters, the crown princess of the Winters clan. It shouldn't be hard to keep my distance. We have nothing in common. I grew up not knowing where my next meal was coming from. She grew up with a personal chef. But Charlie isn't what I expected. It's not just that she's funny and determined and sexy as hell. She's vulnerable. She's in danger. And she turns to fire in my arms.

One kiss and I'm in too deep to walk away.

I have no business being friends with a woman like her, much less claiming a place in her bed. Too f**king bad. Now that I've had a taste of Charlie, I'm not giving her up. Not until I have to. Even if it destroys us both.

The Rebel Billionaire is a stand-alone romance with a happy ending. It's the fifth book in the Scandals of the Bad Boy Billionaires series and reveals more about the notorious Winters family. You can listen to it on its own; everything you need to know is explained, but once you get a taste, you'll want to listen to the others. ;)

4.7 out of 5 stars
4.7 out of 5
834 global ratings
How are ratings calculated?
To calculate the overall star rating and percentage breakdown by star, we don’t use a simple average. Instead, our system considers things like how recent a review is and if the reviewer bought the item on Amazon. It also analyzes reviews to verify trustworthiness.
Top reviews

Maggie Truelove
5.0 out of 5 stars Good job, Ivy Layne! THE REBEL BILLIONAIRE is a winner!
Reviewed in the United States on March 23, 2017
Verified Purchase
I read THE REBEL BILLIONAIRE today. Yup, I couldn't put it down, and I finished it!
If I had to choose two adjectives to describe this book, they would be SWEET and STEAMY. Yes, believe it or not, both apply in this book! And about 80% through the book, I was fighting off tears, as well.
Well done, Ivy Layne! The characters are well-developed, and the plot works and moves well.
I do have two questions:
1) He and she both are well-to-do, and both of them are rebellious, but neither of them is a billionaire. Where did the title fit?
2) There is mention of an adopted out cousin, whose paperwork she finds in the attic. I thought sure I knew who it would turn out to be, but it wasn't mentioned again. Where did that child go?? Why even mention it, if it wasn't part of the story?
Even with those questions, it was an excellent read.
Read more
11 people found this helpful
Helpful
Report abuse

Kindle Customer
4.0 out of 5 stars Fantastic read
Reviewed in the United States on October 10, 2017
Verified Purchase
## Great read. I purchased this book immediately after finishing book 7 (Gage's story). I discovered this is a series and am reading completely out of order. No matter, because this book stands perfectly on its own. Kudos to Ms. Layne for that. It takes talent to write a series where each book stands completely on its own, only enhancing it when read in order.

This couple had good chemistry, and the story was interesting. I liked the characters for the most part. Do I wish the heroine hadn't cried so much? That's affirmative. Especially because she kept saying that she never cries (insert eye roll here). Not a big deal. Do I wish the hero didn't mention "this is not long-term" about a hundred times? Of course. Again, not that big of a deal. However, the reason I deducted a star was because 1) the heroine agrees to have a quick, fun, "just sex" affair and it was too cliché that SHE wanted more, SHE was clingy and SHE expected more. And 2) I detest instant forgiveness after the conflict. Other than those minor issues that are mine alone, this was a marvelous book.

I can recommend this one as well as book 7.
Read more
8 people found this helpful
Helpful
Report abuse

Bekki M
5.0 out of 5 stars Sweet love story
Reviewed in the United States on May 10, 2021
Verified Purchase
This book is my favorite in this series so far!! I couldn’t put it down. Ivy does a great job developing the characters and weaving them throughout the series without distracting from the story or requiring that the books are read in order. Each story has its own plot but pictures of the parents crime scenes being delivered to the children tie each story together.

After getting fired from her family’s company by her brother, angry, frustrated and hurt Charlie moves out of the family home to live her recently purchased fixer-upper. Charlie and Lucas’ story begins when she’s drowning her sorrows by drinking her brother’s insanely expensive whiskey. Neither are looking for a relationship but are attracted to each other so they agree to a sex only, no strings relationship.

Charlie transitions from working long hours at a job she is really good at but doesn’t love to being unemployed, living off her savings. When she is attacked outside her home, Lucas steps in to offer protection.

Charlie is a sassy, strong willed, beautiful young woman from an elite family. Lucas is a gorgeous man from the wrong side for the tracks. I really enjoyed their journey to love and highly recommend this series!!
Read more
Helpful
Report abuse

Victoria
5.0 out of 5 stars GREAT BOOK!!!!!!!!
Reviewed in the United States on September 25, 2017
Verified Purchase
I am so happy I came across Ivy!!!! I have read two of her books so far and love them. Unlike a lot of contemporary romance authors she doesn't inflict chapter after chapter of angst and conflict on the reader. Instead there is the normal working out of a relationship in a real and believable way that doesn't go on and on!!!! Her books have everything...romance, sexy scenes, friendship, warmth, family and a great intriguing story! I am so glad I discovered her books and once you have read one of her books I am sure you will be glad you did too!!!!
Read more
2 people found this helpful
Helpful
Report abuse

CathyB
5.0 out of 5 stars Everything happens for a reason
Reviewed in the United States on April 22, 2018
Verified Purchase
When Charlie gets fired from her job at her family's company. She is furious with her brother. Apparently he fired her for her own good so that she can find her way. He also blackballed her from working anywhere else in Atlanta. About a month prior to that Charlie bought a fixer upper house. Since she lives with her brother she decides to move into this fixer upper. Thats when she officially meets her neighbor Lucas. Neither want anything serious but what will happen when the 2 neighbors see more of each other?
Read more
One person found this helpful
Helpful
Report abuse

Amazon Customer
5.0 out of 5 stars Thought this book was fabulous. Have really enjoyed the Sinclair and Winter family sagas.
Reviewed in the United States on April 3, 2017
Verified Purchase
Constructive criticism is not limited to this book. When there is substantial time between publishing of a series I sometimes forget the interwoven characters and story lines. Especially since I pre-order books on Amazon and they just pop up on my .kindle or app library. The only author that I've ever read that addresses this is Stephenie Laurens. She includes a family tree of characters. Big, big help.
Read more
10 people found this helpful
Helpful
Report abuse

Lisa B. Lovely
5.0 out of 5 stars Fantastic Book!
Reviewed in the United States on March 8, 2018
Verified Purchase
I loved this book. More hints about the Winters' parents murders, a fabulous romance between Charlie and Lucas, and catching up with some of the Winters clan. Great characters, wonderful writing and an absolutely fantastic story. Great job Ivy Layne!
Read more
One person found this helpful
Helpful
Report abuse

Bobo2020
5.0 out of 5 stars Great book
Reviewed in the United States on May 23, 2021
Verified Purchase
It doesn’t matter how much money you do or do not have, you still need to find the real you. Once you do, and do things that make you happy, not what is expected of you. You will be living a full and rich life.
Read more
Helpful
Report abuse
See all reviews

Kindle Customer
5.0 out of 5 stars The Rebel Billionaire 5
Reviewed in the United Kingdom on May 14, 2017
Verified Purchase
Wow!! What a fantastic series, enjoyed it all. Now I've just, having reached the end of the last book found out, there is a 6th coming, fantastic. Also a little annoying cos I really Hate having to wait. Ho hum tough luck me. Lucas and Charlie's book was an amazing read from start to finish, finding out there will be a book for Gage is just the icing on the cake. This is one excellent author, her books are excellent and don't skip through the story, all being a lot longer than the average. Well worth every penny in all ways. Please keep on writing Ivy, I will keep on reading
Sue P
Read more
One person found this helpful
Report abuse

Ky
5.0 out of 5 stars Loved this book !
Reviewed in the United Kingdom on June 26, 2021
Verified Purchase
Charlie Winters and Lucas Jackson and two of my favourite characters for the Winters Saga ! Absolutely loved their story. Highly recommended !
Read more
Report abuse

Amazon Customer
5.0 out of 5 stars Best book in the series
Reviewed in the United Kingdom on May 10, 2017
Verified Purchase
This is the best book so far. It actually had a story to tell and the chemistry between Charlie and Lucas was just right to make it sound intriguing. Look forward to the next book in the series.
Read more
Report abuse

Meryl
3.0 out of 5 stars Quite a lot of sex in it
Reviewed in the United Kingdom on August 22, 2019
Verified Purchase
A good read but a little saucey
Read more
Report abuse
See all reviews
Back to top
Get to Know Us
Make Money with Us
Amazon Payment Products
Let Us Help You
EnglishChoose a language for shopping. United StatesChoose a country/region for shopping.
© 1996-2022, Amazon.com, Inc. or its affiliates