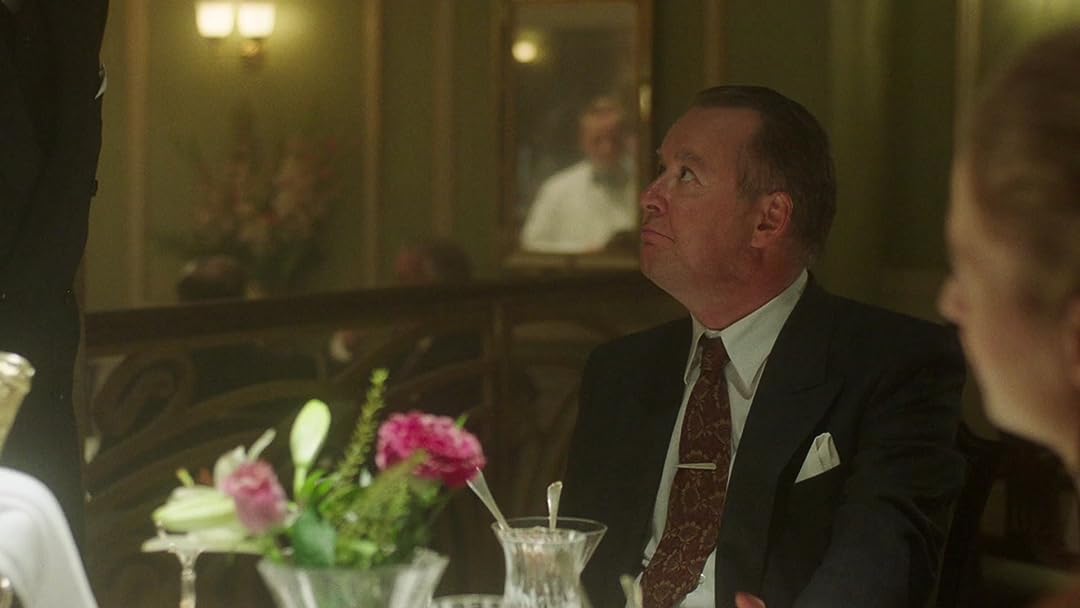 (504)
2017X-RayTV-MA
Described as the next DOWNTON ABBEY, this sprawling ensemble drama begins at the end of WWII and runs across two decades, following the ever-changing lives of the Löwander family and the popular restaurant they run.

CharReviewed in the United States on February 29, 2020
1.0 out of 5 stars
"Described as the next Downton Abbey"...
I was initially drawn to The Restaurant since it has been "described as the next Downton Abbey". I think this series has potential and a lovely musical score, but I checked out around the 30 minute mark in the first episode due to the graphic sex and nudity. For those who fancy this sort of thing, then my review will obviously be irrelevant. For those of you who prefer to have a well-written story line free of such cheap & wanton thrills, you may want to skip this one. Since it has an NR rating, there is no way to know what might pop up unless one researches the series beforehand. Lesson learned.
212 people found this helpful

BonnieBReviewed in the United States on March 7, 2020
3.0 out of 5 stars
stop comparing it to downton abbey
when you name drop to market a show you set people up for disappointment. no wonder there are so many negative reviews for this show.
first you compare it to downton abbey which insults this show by saying it is not original enough to stand on its own without an association to a more famous and successful one. but then again the score does suggest its attempt at depicting the same tone.
then you insult downton abbey by saying this show is just as good. i’ve seen a few episodes and the stories are not as intriguing and the characters are not as likeable-yet. but i’m going to finish a season. sometimes it takes some time for a series to get in the groove of things.
i do feel some of the reviews are a bit harsh. a reviewer said he/she turned it off after 30 mins due to the graphic sex scene. they didn’t show any nudity so what was so graphic about it?
and giving the show a single star because you have to read subtitles? if you don’t want to read subtitles then just don’t watch it. the reviews are for the show itself, not about how much effort you have to make to watch it.

i’d keep an open mind and give it at least a few episodes before casting it off. will update once i’m done with the first season.

DanushaReviewed in the United States on October 24, 2020
5.0 out of 5 stars
Great Swedish drama
Verified purchase
I love foreign movies because it is like taking a trip around the world. This series is excellent. The viewer easily becomes interested in the lives of the Lowander family who work a family-run restaurant in Stockholm. I binged on all three seasons. It will not disappoint.
41 people found this helpful

CharlesReviewed in the United States on December 19, 2020
5.0 out of 5 stars
Totally Absorbing. I was hooked from the first episode.
Verified purchase
I have been watching The Restaurant to keep my sessions on the treadmill from being boring. The only problem is that I am so hooked on this story - and cast - that I am spending longer and longer on the treadmill. It's hard to stop. This is an outstanding Swedish production with great views of Stockholm now and then.
13 people found this helpful

GiaJulianAReviewed in the United States on May 11, 2019
5.0 out of 5 stars
Phenomenal series, superb character development
Was hooked after 1st episode. Literally makes time stop for me, amazing characters, easy to watch even with subtitles (okay I speak German too) plot twists and unexpected turns. Thoroughly enjoyable. Sad that Season 2 is almost over already. Hopefully Sundance Now will air Season 3 before long. Highly recommended drama.
57 people found this helpful

RKDRReviewed in the United States on December 22, 2020
4.0 out of 5 stars
soap opera
Verified purchase
It starts as very promising intelligent show but gradually evolves into basically a soap opera.
10 people found this helpful

SmusebyReviewed in the United States on October 28, 2020
2.0 out of 5 stars
Very heavy handed
Verified purchase
Lacks subtlety and an interesting story line. Totally unbelievable and boring.
9 people found this helpful

Mark GreenReviewed in the United States on January 18, 2021
1.0 out of 5 stars
Not in English
Verified purchase
Purchased without knowledge that it not an English speaking series. Can't get $ back. I'm not in the mood to read subtitles and though this series sounds good, alas - even though the details say that the language is English, it's not. I'll have to try this sometime when I am ready to read subtitles. I only gave it one star due to the mis-information by Amazon.
7 people found this helpful
See all reviews
Back to top
Get to Know Us
Make Money with Us
Amazon Payment Products
Let Us Help You
EnglishChoose a language for shopping. United StatesChoose a country/region for shopping.
© 1996-2021, Amazon.com, Inc. or its affiliates