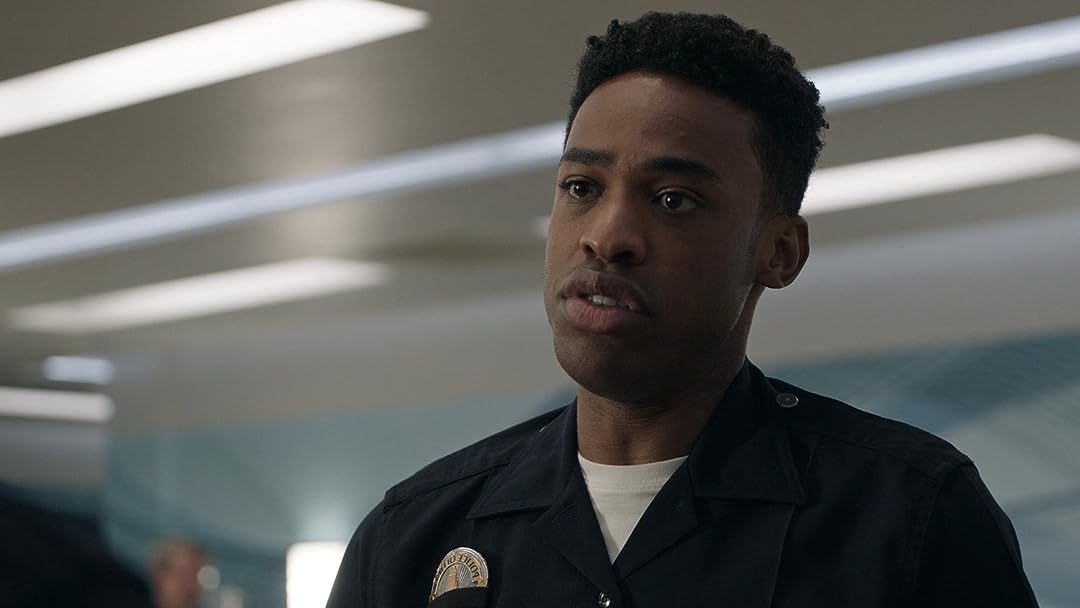 Amazon CustomerReviewed in the United States on January 4, 2021
1.0 out of 5 stars
Pandering during a pandemic
Used to like this show. Couldn't wait for it to return. Made it about 5 mins. into the show and they started talking about white-male privilege. Couldn't stomach any more of the episode past that. Wasted 3 dollars.
101 people found this helpful

Joshua GlowzinskiReviewed in the United States on January 18, 2021
1.0 out of 5 stars
What the heck happened to this show?
This was one of my favorite shows. One of only a few that my mom, stepfather and I watched the day it aired. It had humor, action, good acting and fun stories. I was excited when it went into season two and happy to see there was going to be a third season. That is until I watched the third season.

The show is all about sex and race now. I mean, really that is it.

Spoilers may be blow.

There is an episode with a cop that may be racist. The stuff he says, when they have him say it, it does not even seem like it is trying to see real. It is just said. If a cop were to talk like that around other cops of different race, they would be gone. Now a days even more. Then, to have the cop that heard it say something like “there is nothing I can do because I am black.” I mean, HELLO! Has the dude not watched the news?

Another time someone was giving birth. She was one race and the lady that owned the place she was doing so in was another. Then the doctor at the hospital was another race from the lady giving birth. They didn’t like what he said. A cop was with here that was the same race as she. The lady said she wanted another doctor. So, the cop went and found the doctor that just so happened to be the same race as her and the lady giving birth. I was just like, “this show is awful now.”

The episodes has either been about skin color or sex. What in the hell happened to the fun, light heated show this was? I will try one or two more episodes. Then I am done. It’s like a different show.

Stephen BottsReviewed in the United States on February 4, 2021
1.0 out of 5 stars
3rd Season is predictable. Worse, it’s preachy.
Verified purchase
For the 1st two seasons, this was great. It had a diverse, interesting cast and didn’t write all the characters as if they were white. This season, I guess it discovered BLM, which should be awesome, but isn’t. Suddenly every white character is completely clueless, every black character is suddenly Yoda. Even that might not be that far off. But the sermons are all the same, so predictable and so BORING, and the dialogue drones on and on. If you liked the three dimensionality of previous seasons, don’t bother with this one.
48 people found this helpful

Alex KlimovReviewed in the United States on February 24, 2021
1.0 out of 5 stars
Season 3 is horrible
Verified purchase
First two seasons were good. Season 3 degraded so fast and so hard. Wanted to return the money, but apparently I cannot. So, heed the warning and stay away.
27 people found this helpful

M. HolleyReviewed in the United States on March 5, 2021
3.0 out of 5 stars
Season 3 was good until episode 7. Episode 7= sucks
Verified purchase
Episode 7 totally was dumb. It was like they got a whole new director who didnt know what he was doing . It was just dumb, annoying, if episode 8 sucks like 7, i wont be watching season 4 if it takes place...If you watch, stop at episode 6. . Episode 7 = sucks
13 people found this helpful

Kelly CollinsReviewed in the United States on February 8, 2021
5.0 out of 5 stars
Love this show
Verified purchase
I love a fish out of water type of story, and what comes up better than a 42 year old man becoming a rookie cop? Nathan Fillion is a wonderful actor who can do it all, comedy drama, and action. Here he flexes his acting chops to their fullest. Fantastic supporting cast who just make me excited to see what is up with them!
8 people found this helpful

TechnologyReviewed in the United States on January 7, 2021
1.0 out of 5 stars
Terrible. Became pure propaganda.
Became pure propaganda. Could not watch anymore.
39 people found this helpful
See all reviews
Back to top
Get to Know Us
Make Money with Us
Amazon Payment Products
Let Us Help You
EnglishChoose a language for shopping. United StatesChoose a country/region for shopping.
© 1996-2021, Amazon.com, Inc. or its affiliates