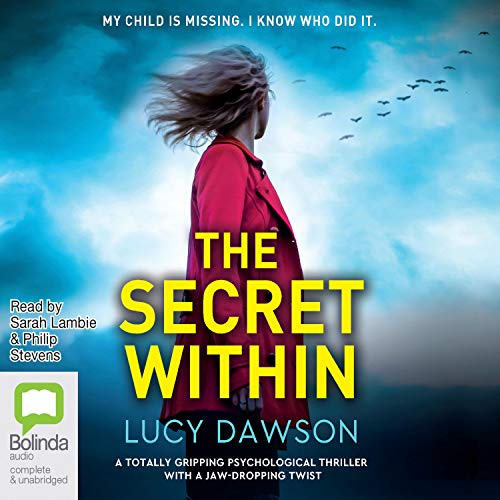 From the best-selling author of The Daughter and White Lies comes a thriller unlike anything you’ve heard before!

Julia Blythe is starting again. After blowing the whistle on a fellow surgeon at her hospital, resulting in him being let go, she found herself illegally bullied from the job by her male colleagues who closed ranks against her. No longer willing to endure their campaign of smears and intimidation, she packs her family up and moves to Devon, to start a new life in a new hospital. To Nathan Sloan, who abuses his role as a surgeon as fully and freely as he can, she couldn’t be more perfect. After all, he reasons, you can’t blow the whistle on two separate hospitals without starting to look like you’re the problem.

When Julia cannonballs into Nathan’s life, he finds that she very quickly manages to turn it upside down, and for one reason or another, he can’t get her out of his head. Pretty soon he would go to any lengths to control her, humiliate her, possess her. But Julia isn’t a woman who can be possessed, and when she discovers Nathan’s true nature, she becomes determined to expose him, no matter the cost. Nathan builds a web to snare her, and only one of them can emerge with their career and their life intact.

Special invitation from Audible!
Learn more about Membership
List Price: $38.17
You Save: $4.77 (12%)
By completing your purchase, you agree to Audible’s Conditions Of Use
Sold and delivered by Audible, an Amazon company
Share

2.0 out of 5 stars
2 out of 5
1 global rating
How are ratings calculated?
To calculate the overall star rating and percentage breakdown by star, we don’t use a simple average. Instead, our system considers things like how recent a review is and if the reviewer bought the item on Amazon. It also analyzes reviews to verify trustworthiness.