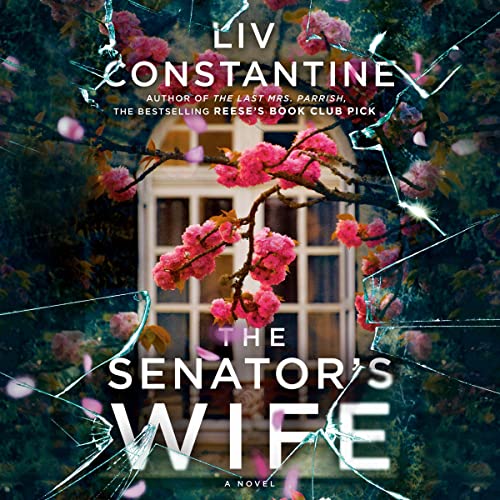 The Senator's Wife: A Novel

A D.C. philanthropist suspects that her seemingly perfect employee is secretly plotting to steal her husband, her reputation—even her life—in this seductive novel of psychological suspense from the internationally bestselling author of The Last Mrs. Parrish.

After a tragic chain of events led to the deaths of their spouses two years ago, D.C. philanthropist Sloane Chase and Senator Whit Montgomery are finally starting to move on. The horrifying ordeal drew them together, and now they're ready to settle down again—with each other.

As Sloane returns to the world of White House dinners and political small talk, this time with her new husband, she's also preparing for an upcoming hip replacement—the latest reminder of the lupus diagnosis she's managed since her twenties. With both of their hectic schedules, they decide that hiring a home health aide will give Sloane the support and independence she needs post-surgery. And they find the perfect fit in Athena Karras.

Seemingly a godsend, Athena tends to Sloane, and even helps her run her charitable foundation. But Sloane slowly begins to deteriorate—a complication, Athena explains, of Sloane's lupus. As weeks go by, Sloane becomes sicker, and her uncertainty quickly turns to paranoia as she begins to suspect the worst. Why is Athena asking her so many probing questions about her foundation—about her past? And could Sloane be imagining the sultry looks between Athena and her new husband?

Riveting, fast-paced, and full of unbelievable twists, The Senator's Wife is a psychological thriller that upends the private homes of those who walk the halls of power. Because when you have it all, you have everything to lose.

Pre-order purchase
Releases May 23, 2023
Learn more about membership
Sold and delivered by Audible, an Amazon company