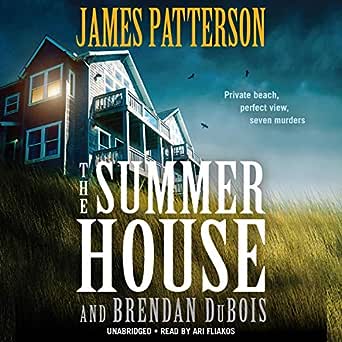 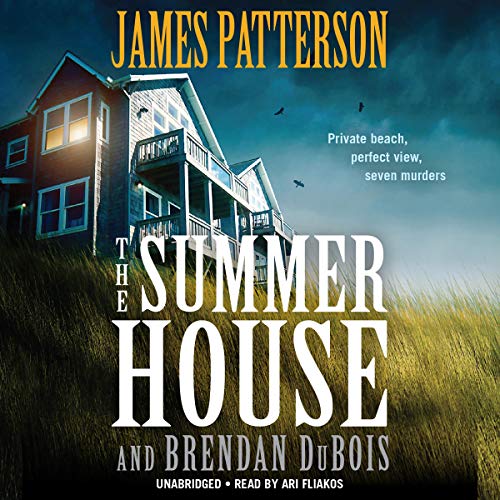 4.6 out of 5 stars
4.6 out of 5
1,055 customer ratings
How does Amazon calculate star ratings?
Amazon calculates a product’s star ratings based on a machine learned model instead of a raw data average. The model takes into account factors including the age of a rating, whether the ratings are from verified purchasers, and factors that establish reviewer trustworthiness.
Top Reviews

Larry
VINE VOICE
5.0 out of 5 stars THE SUMMER HOUSE is perfect for summer reading. Impossible to put down.
Reviewed in the United States on June 8, 2020
In rural Georgia, there is an old house, once grand, and now a dilapidated shack known as the Summer House. Seven people have been brutally murdered including a two-year-old girl. Evidence points to four Army Rangers known as the Ninja Squad for their ability to infiltrate a target and get out without being noticed. The four of them have been arrested and are in the local jail. The DA wants them to get the death penalty. The question is why would they do that? The Army sends a group of investigators to get to the bottom of the puzzle. They are headed by Major Jeremiah Cook, an injured vet and a former NYPD detective. As they investigate, what appears to be a slam dunk case starts to unravel with one clue after another. What they discover will bring them into conflict, not only with the local law enforcement, but, with their army superiors.
James Patterson does not need me to review one of his books. They sell by virtue of his name alone. However, his co- author, Brendan DuBois, is a friend of mine and for that reason this book is of interest to me. (Please note- if I didn't like it, I wouldn't have reviewed it. ) The plot is actually quite complex, at least, initially. Once the reader gets familiar with the characters, the pacing of the plot increasingly accelerates. The short chapters with characters’ alternate points of view, often with a cliffhanger ending, are reminiscent of the Patterson style of writing. This adds to the propulsive nature of the book. When the reader reaches the last 200 pages, the book is impossible to put down. I imagine the research that went into the book was supplied by Brendan, as well as, the solid characterizations. Both of these authors should be proud of this book. It is superb entertainment though a bit too long. Highly recommended.

Dr. Gerrie Colombraro
3.0 out of 5 stars Did I read the same book?
Reviewed in the United States on June 11, 2020
Verified Purchase
I have been a James Patterson fan for many years, and it is unusual for me not to like one of his books.
I did not like this one, sorry.
It was very convoluted and jumped around so much, I had trouble keeping up.
I am an avid reader, read voraciously, and found I had to push myself to finish it when all I really wanted to do was put it down and go on to something more enjoyable.
Sorry, this was not one of my favorites. James Patterson can do much better than this.

H. Patricia
5.0 out of 5 stars Great Book
Reviewed in the United States on June 11, 2020
Verified Purchase
I must admit that I've become a little disappointed in some of Mr. Patterson's recent books. Always with an unknown coauthor. However, this book was definitely a keeper!! Only took me 2 days to read it. Highly recommend!!
Read more
18 people found this helpful
Helpful
Comment Report abuse

Kindle Customer
2.0 out of 5 stars Disappointing
Reviewed in the United States on June 20, 2020
Verified Purchase
I can't say Brendan DuBois is the kind of author I who's style I enjoy. The book title The Summer House is misleading. This book isn't centered on a vacation house. Rather the house was an introductory device to lead into an investigation by a military Crime Investigation Division or DID just one of the many military acronyms in this book.
Although it's a military mystery the setting is rural Georgia. The characters are almost cliche. The crusty head of the unit, Major Cook; Special Agent Connie York, investigator; Captain Pierce, JAG; Lieutenant Huang, psychiatrist and Special Agent Sanchez, second investigator. The
While the plot was engaging, the drama felt forced and the pace was stilted. I don't recommend this book unless you enjoy military jargon and simple characters.

Sandra H. Hatfield
3.0 out of 5 stars Not up to snuff...
Reviewed in the United States on July 5, 2020
Verified Purchase
James Patterson has been my #1 author for years.... I have been an avid fan and a voracious reader enjoying almost every single novel. I did draw the line at the one co-authored by Bill Clinton...I didn't want to stain my dress and I hate the smell of cigars.

The Summer House was page turning expose on the ravages of present day war and warfare. It realistically showed the sad truths of training men and women to kill...and then assuming they could stop. It was a definite expose' on the looming mental health crisis in the world today. Ironically, that was the good part.

I could be entirely off base but the way this novel was written didn't appear to be JP's style of writing.... There were so many first person quotes beginning with , "I said, " I'd say, etc., that it seemed odd and totally out of character for him. The story was worthy of continuing but I found myself questioning who really penned the words.

I will, of course, continue reading each and every new release but I will be watching to see who co-authors each one.

Tom
VINE VOICE
5.0 out of 5 stars Fantastic book.
Reviewed in the United States on June 14, 2020
Verified Purchase
If there were more stars I would have so designated. This may be Patterson's best book ever, or Brandon DuBois, whomever did the actual writing. This is so full of mystery, great characters, great character development, and very fast paced. You just do not want to put it down. If you enjoy books about the military, it will exceed your expectations, even though it takes place in rural Georgia. There are murders, investigations, assaults, intimidation. This novel has it all. I am not going to give away the plot, you can read that elsewhere. Suffice to sat it is really exciting.
Read more
10 people found this helpful
Helpful
Comment Report abuse

N. Gargano
VINE VOICE
5.0 out of 5 stars Could not put it down.
Reviewed in the United States on June 13, 2020
Verified Purchase
I absolutely loved this book. I could not put it down. Adored the story, adored the characters, ( the good ones) hated the bad characters. It was a really good read.
Sometimes people complain about James Patterson’s collaborations with other authors, but I have found a few of them absolute must reads. Some are good and fun reads and I have come across a few I loved. I have discovered a few authors I did not read before and was glad to see a couple I have read regularly.
This is a loved one and I hope to see much more by this author.
Read more
9 people found this helpful
Helpful
Comment Report abuse

Rosalie Haas
5.0 out of 5 stars Never disappoints
Reviewed in the United States on June 13, 2020
Verified Purchase
James Patterson never disappoints, and this book continues to prove his skills as a story teller. Until the very end I could not imagine how the story would resolve. Kept me reading into the wee hours. Well done, sir.
Read more
9 people found this helpful
Helpful
Comment Report abuse
See all reviews from the United States