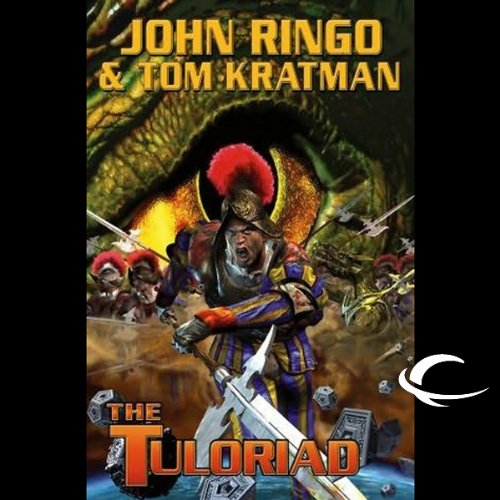 4.4 out of 5 stars
4.4 out of 5
200 global ratings
How are ratings calculated?
To calculate the overall star rating and percentage breakdown by star, we don’t use a simple average. Instead, our system considers things like how recent a review is and if the reviewer bought the item on Amazon. It also analyzes reviews to verify trustworthiness.
Top reviews

Daniel
3.0 out of 5 stars Average, lacking action, but must read for lore
Reviewed in the United States on January 9, 2018
Verified Purchase
This was not my favorite book in the series, but it is a must read for anyone wanting a deeper dive into the Universe of the series. While there is some action, most of the book focuses on the Posleen's past, present, and potential futures, answering some long-held questions along the way. If you want pure action, this may not be a book for you, and if you are a bigot, this is definitely not a book for you as several 1-star reviews can attest.

Most of those 1-star reviews would have you believe the book is preaching and making a case for the existence of God, but it does no such thing. Indeed, it goes out of its way to point out how many opposing and contradictory beliefs we hold--and how utterly ridiculous any of them might seem to an alien race. Such an alien handily defeats every religious argument levied against him except for one, and that one argument was recognized by all in attendance as a sneaky and inconsequential nothing. Even the one who made it did not take it seriously and was merely happy to have a tiny victory in the conversation. If that is preaching then my name is Santa, and I have a workshop full of Darhel I would love to sell you.

There is one truly religious alien, and the book makes it clear that he is not so rational and does not quite get it. He is a minister for two denominations, and he picks and chooses what he wants to believe from each. He also believes the jungle is a living entity that sleeps and wants to kill him. In short, he's a joke.

The one credit the book gives to religion is the power of faith to motivate and steel men against hardship. And doesn't it? As a confident agnostic, I can honestly say that if I truly believed the creator of the universe wanted me to do something, I would be more motivated and resilient in seeing it done. If I believed in heaven, I would fear death less, too. Recognizing this is not preaching. It is a rational--and rather obvious--observation.

But some people do not want to be rational. They are so intolerant that the mere presence of opposing beliefs, un-mocked, terrifies them and stirs them to anger. It is for this reason that I encourage you to ignore any part of any review which focuses on religion, unless you are also so insecure. Other criticisms of the book are generally valid, but preaching? No. Far from it.
Read more
8 people found this helpful
Helpful
Report abuse

Ian Brown
5.0 out of 5 stars Excellent book and fun read with so much new information
Reviewed in the United States on February 4, 2020
Verified Purchase
REally interesting and having read all the previous books this was the first book to truly reveal many of the secrets. i was surprised to see the Aldenata portray so badly and as such a$$ holes in what they had done to all the races but especially the Posleen. This was a real twist on the story to hear how amazing they could have been.

It was a bit sad the way the authors chose the end the confrontation between the old and 'new' religions but certainly great action.

After the many ways the Posleen have been to see how Guano had developed into having a 'wife' and son was very bizarre and unsettling but based on their 'true' previous way before the Aldenata I guess it does make sense.

So like almost all John Ringos books I enjoyed it and was keep captivated, John does some great collaborations with Tom Kratman. Often John Ringo's books after about book 4 tend to go down in quality but the this series of the Posleen is one that truly has been amazing even if he has had others pop in to assist him in differnet books in the series.

I think this one is a fitting finish to the series in many ways but with the previous book and threat of the new enemy perhaps not, perhaps a new series now the Darhel have been brought under control with their secrets revealed (previous book)
Read more
One person found this helpful
Helpful
Report abuse

James Oldham
2.0 out of 5 stars 2 stars and my 2 cents worth .
Reviewed in the United States on April 17, 2019
Verified Purchase
Since 1977 I have preached against Luke and Paul and not until around 2005 did I run into anyone of like heart . Did several Google searches throughout the years ; is Paul a LIAR or antichrist ?
Suddenly 7 million folks show up declaring Paul a liar and antichrist !
My conclusion . It is harvest time and our Redeemer has issued His command to His workmen to start bundling up the tares according to Matthew 13 : 24 - 30 .
Herbert Armstrong died before the harvest time though he set his church on the path of keeping the laws , feast days , and the testimony of our Messiah without declaring Paul a liar .
Isaiah 8 : 20 and Revelation 12 17 , 14 : 12 , and 15 : 1-4 all agree that keeping the laws ( Torah ) and the testimony Immanuel gave His disciples is consistent throughout the Bible .
1 John 2:4 declares that Acts 15 : 24-29 is a lie . Yes , Luke and Paul preached a different Gospel , a lawless Gospel .
Matthew 7 : 21 - 23 ... depart from Me for I never knew you you workers of lawlessness .
Read more
One person found this helpful
Helpful
Report abuse

Frank Zaran
5.0 out of 5 stars A great book and an important addition to the Aldenata series.
Reviewed in the United States on March 15, 2020
Verified Purchase
A very entertaining read. Much of it is written from the Posleen point of view and provides some information on their past and their relationship with the Aldenata. It’s an intriguing look into the role of religion/faith in war. The story shows an evolving relationship between the Posleen and humans and adds depth to the entire Aldenata universe. Toss in the return of some favorite characters from previous stories and you’ve got a winner. I’d say you’ll be sorry if you don’t read this, but if you don’t, you won’t know what you’ve missed. Saying this is a must read implies a degree of authority that I neither have nor desire, so I’ll just say, “Highly Recommended,” and leave it at that.
Read more
Helpful
Report abuse

Tarantula 24 "Bill"
5.0 out of 5 stars Wonderfull story and explaintion of the series
Reviewed in the United States on October 11, 2020
Verified Purchase
This is a great way to explain the series and how things started and how they ended. Reviewed this ten years ago and wanted to update the review, since Amazon takes reviews down. The development of this story is written well, the author is very good at story telling. Highly recommend this book to anyone.
Read more
Helpful
Report abuse
See all reviews

Charlie
3.0 out of 5 stars Diluted John Ringo
Reviewed in the United Kingdom on April 12, 2013
Verified Purchase
I really enjoyed the first 4 books, but this follows a different path, only a couple of good bits in it. I wish John Ringo would stick to writing books by himself, I would rather wait longer for a decent story than something you have to plough through. He had the same problem with the "Callys War" series.
Read more
3 people found this helpful
Report abuse

jad3703
5.0 out of 5 stars A good read
Reviewed in Canada on January 10, 2017
Verified Purchase
A good, fun read. Really like the Kindle format for ease of access / storage / carriage.
Read more
Report abuse

Callum
5.0 out of 5 stars Excellent member of the family
Reviewed in Germany on August 28, 2013
Verified Purchase
Once again John and Tom deliver an excellent addition to the Aldenata Legacy series. Well worth the read. I just hope that there will be more of these...
Read more
Report abuse

Amazon Kunde
5.0 out of 5 stars Do Posleen have a soul?
Reviewed in Germany on November 5, 2019
Verified Purchase
Another twist in the Posleen War. I thouroughly enjoyed reading it.
Read more
Report abuse
See all reviews
Back to top
Get to Know Us
Make Money with Us
Amazon Payment Products
Let Us Help You
EnglishChoose a language for shopping. United StatesChoose a country/region for shopping.
© 1996-2021, Amazon.com, Inc. or its affiliates