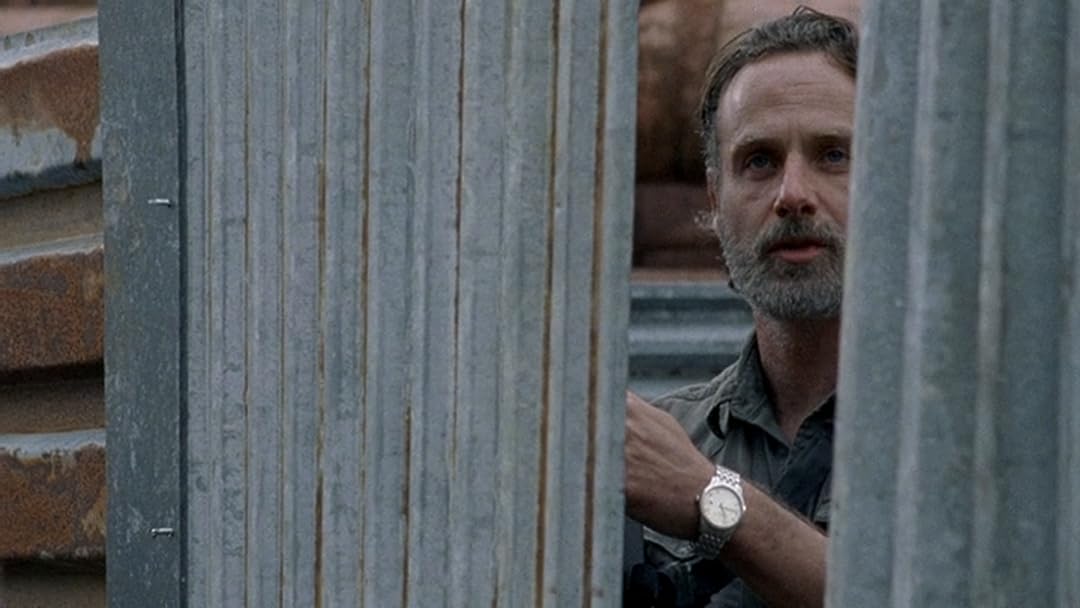 (6,414)
8.12018X-Ray18+
Rick and his survivors bring "All Out War" to Negan and his forces. The lines are drawn as they launch into a kinetic, action- packed battle for the promise of a brighter future.

Jacob SeibelReviewed in the United States on December 18, 2017
2.0 out of 5 stars
This was once one of my favorite shows, and now it's just complete garbage
Verified purchase
This was once one of my favorite shows, and now it's just complete garbage. I'm a huge fan of the comics, so I've stuck it out hoping it would get better. I'm waiting on events from the comics to happen to see if they can do justice to them, and constantly I am let down. Every plot element original to show is filled to the brim with terrible writing, from the trash people who forgot how to talk in less than three years to the stupid decisions the main characters constantly make to pad the running time of these plots. Even the interesting subplot of Eugene's trip to the dark side is chock full with "Eugene-speak" to a point where it becomes obnoxious! It's like the writers for this show have lost all ability to write with subtlety, with earned character development (characters act out of character to suit the plot constantly), and with any real sense of tension. The midseason finale has finally made me decide to drop this show. Without spoiling it, the showrunner Scott Gimple has seriously committed to a gigantic deviation from the comics. He's completely broken the narrative thread of the source material. What that means is we can look forward to more and more content like the trash people. No thanks, I'm done.
55 people found this helpful

Kenneth PierceReviewed in the United States on December 17, 2017
2.0 out of 5 stars
Least enjoyable and most expensive season to date.
Verified purchase
This review was written a week after the halfway point in the season.

This season has gone from bad to unwatchable in the first 8 episodes.

The writing has taken a drastic turn for the worse as our stalwart heroes bumble around with a "plan" that no one knows making decisions that boggle the mind.

Most expensive season to date on Amazon and not worth the purchase.

C. KuhlReviewed in the United States on December 28, 2017
2.0 out of 5 stars
Writing has been suffering, and Season 8 might've pushed me over the edge.
Verified purchase
I've been teetering on quality of the show since the end of season 6. Season 8 feels to me like the writers have simply given up on any semblance of plot aside from Rick being an ultimate survivor. I'm not sure I'll be shelling out $45 to Amazon for Season 9 when it returns. I'll likely just wait for it to hit Netflix or quit watching altogether.
29 people found this helpful

MovieskinnyReviewed in the United States on December 20, 2018
5.0 out of 5 stars
10 eaters outta 10
Verified purchase
OK, maybe 10 outta ten is a little too much at this point, but it is TWD. I cannot bring myself to rate it less than that. The plots are getting dumber and dumber, and missing conversations we'd like to hear, but it is all we got here. Maybe I'm wrong, and humans really would be the most dangerous creatures in a world gone bad. Zombies are just speed bumps to the plot at this point. Half the time now I yell at the TV, and try to tell them how to protect themselves from the evil doers. Here's one they axtually did. MINOR SPOILER__For several seasons I've yelled at the shows heroes to put spike strips or nails in the roads to keep the baddies from driving to their front door and killing them. So what did they finally do, they put the spike strips at their front door, and NOT 5 miles away from their front door. That is just dumb, but maybe people get dumber by breathing zombie atmosphere. hahaha.

Once a TWD fan always a TWD fan 'til the bitter end, whether the plots get dumb or the dialogue is wonky. The concept of the show wins in spite of its flaws. Like gasoline miraculously appearing in cars when no gas stations exist anywhere. Bullets for machine guns are as plentiful as wild berries? My suspension of disbelief does have boundaries, but this show seems to erase those goofy flaws in disbelief waving.

Just buy and watch it, and is still fun.
9 people found this helpful

Amazon CustomerReviewed in the United States on September 24, 2018
1.0 out of 5 stars
boring
Verified purchase
major let down and don't want to be beat over the head with moralism. Its a zombie show. Heads should roll especially maniacal characters that would have been dispatched without a second thought in the earlier seasons. Writers have run out of ideals. Last viewing season for me. Don't care about the characters anymore. Especially Rick
7 people found this helpful

Adam GallagherReviewed in the United States on September 21, 2018
5.0 out of 5 stars
Ignore the naysayers, yet another awesome season of our favorite show!
Verified purchase
I've been watching since the very first episode aired. I have no idea why some people have started hating on the show since season 7. This season is just as good as every one that has come before, my wife and I absolutely loved it!
5 people found this helpful

Social science professorReviewed in the United States on January 14, 2019
3.0 out of 5 stars
TWD: running out of gas
Verified purchase
Been following TWD since the beginning. The series has had plenty of highs and lows. The series has some great characters that you really get attached to, and some thrilling episodes (like the Governor's comeback and climactic battle with Rick's people at the prison). But it also has occasional dry spells.

Seasons 7 and 8 have been much the same, a few great episodes interspersed between so-so episodes. But it feels like the writers are running out of ideas. Neegan is a great bad guy, but the show feels trapped in a rut. I forced myself to watch 7 & 8 because I care about the characters and didn't want to give up on the show. But slogging through 7 & 8 felt like more work than joy.

I haven't watched a single episode of 9 and might give it a try. Some reviews and some fans say that the show is getting its mojo back. Maybe I'll check it out when it comes to Netflix.
One person found this helpful

Nickolas A. JohnsonReviewed in the United States on June 16, 2018
2.0 out of 5 stars
Worst season thus far.
Verified purchase
It became torture to watch these people, who are usually pretty crafty, make numerous idiotic decision after decision. The season was by far the worst the show has ever had and if you're wanting to stay current on the show I would suggest you simply read a summary of the season instead of watching it.
8 people found this helpful
See all reviews
Back to top
Get to Know Us
Make Money with Us
Amazon Payment Products
Let Us Help You
EnglishChoose a language for shopping. United StatesChoose a country/region for shopping.
© 1996-2022, Amazon.com, Inc. or its affiliates