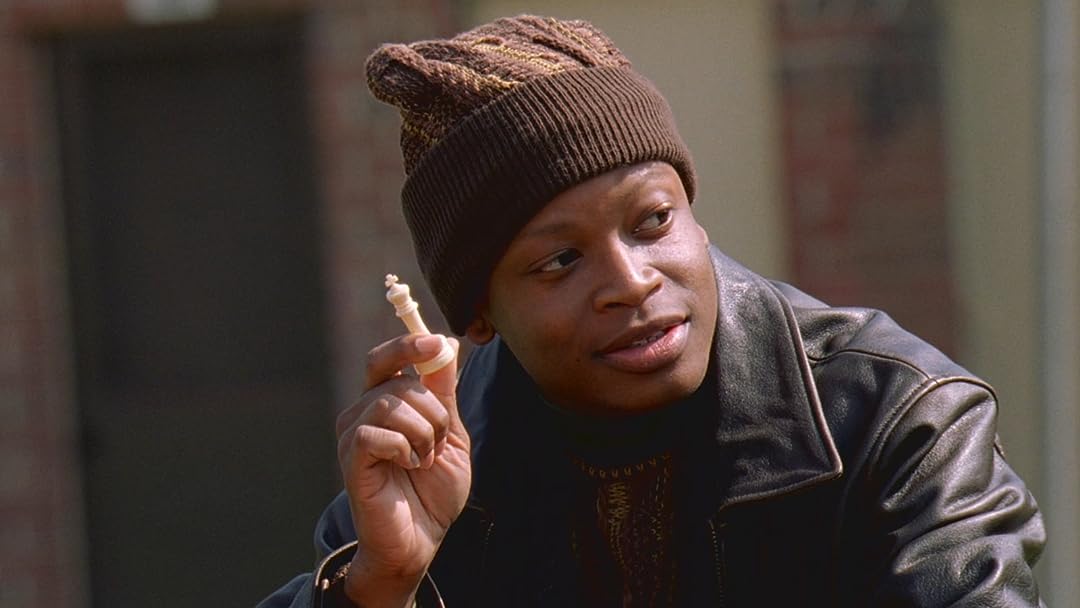 eboeReviewed in the United States on July 12, 2017
5.0 out of 5 stars
Haters gonna hate, but the rest of us got it straight.
Verified purchase
To everyone complaining that it was too dark, too violent, too much cursing, too much drug activity... WTF do you think happens in police work on a special detail made up of detectives from the homicide and NARCOTICS units? In B-MORE? C'mon, it was a cable show. If you want police lite, go find old episodes of CopRock somewhere. Maybe Moonlighting or at best, Miami Vice. Some of us appreciate amazing writing, gritty drama, and some of the most amazing acting in a police drama that I've ever seen. Idris Elba is a POWERHOUSE. Dominic West as McNulty is a wonderfully acted dichotomy of cop working hard yet with a not-so-perfect side. And you can't even question Michael K Williams as Omar Little. Damn, son. Poetry. One of the co-writers is a former Baltimore homicide detective. I'm pretty sure he has a good feel for how the city works. The creative staff is amazing. The show has slow points, but so does life and that kind of work, and the show isn't afraid to reflect that. Which makes it all the more realistic. If you can't appreciate it, move on. Your loss. The rest of us will feel all the more blessed for having seen this true work of creative genius.
97 people found this helpful

JL BrownReviewed in the United States on October 7, 2015
5.0 out of 5 stars
Impossibly good
Verified purchase
Hands down the best show ever. I have recommended The Wire to literally dozens of people, and all have come back with the same opinion, "It's amazing!". The characters, the interweaving storylines, the lack of network TV bull. You will never watch another cop show again without it feeling silly and unrealistic compared to The Wire. Law and Order, CSI and all the rest will seem like they were made for children after watching all 5 seasons of this show. Complex? Yes. Difficult to follow? Not at all. Deep characters? All of them, but not silly overcharacterization you'd find on network TV, they all seem real and most are based on real people. It may take a couple of episodes to really get into it, but I guarantee after 4 episodes you'll be hooked and you'll be sad it ends after season 5. Not because it's unsatisfying, but you'll feel so invested into so many characters it's hard to see them go. Almost every aspect of the dark side of modern society is touched on, but without any preachy editorializing. It's just there in all its grayness and ambiguity for the viewer to decide right and wrong, good and evil.
58 people found this helpful

AReviewed in the United States on May 14, 2016
5.0 out of 5 stars
Top 5 All Time
Verified purchase
My husband and I came late to this series. We didn't watch it until late last year (2015), but once we started, we totally could not stop. Brilliant, poignant, funny, prophetic, tragic, all of it - and by the end, not a character you don't feel for. Season 1 takes a while to really get going. And the series did not (IMO) really become brilliant (though it was excellent) until season 2. Stay with it. SO worth it, I promise you.

The violence can be brutal, and pretty much every character is at least somewhat compromised. But this is a beautiful show. One worth watching and rewatching. One of the best dramas ever. Perhaps THE best police drama ever.

Sab_FanReviewed in the United States on August 15, 2016
5.0 out of 5 stars
I know I'm late to the party, but this show is awesome
Verified purchase
I did not watch The Wire when it was on, but I've always heard what a great show it was. now watching it on Amazon Prime, just finished season 1, and it was everything they said. loved every episode, it has solid acting, writing and directing, and great use of music and location. also, now that I'm watching it 14 years after it came out, it's interesting to see how many actors on this show became stars later.

SanadaReviewed in the United States on June 19, 2016
5.0 out of 5 stars
Great for binge watching and now I have to see the rest of the seasons
Verified purchase
I'm not sure why I didn't watch this series when it was on TV. I thought it wouldn't interest me but now I see that it is just the kind of drama that I like. There certainly is a lot of adult themes including language, sex, and violence which I would not be comfortable watching with some family members. Mostly I binge watched the entire first season, although it was broken into just few episodes each session. There is something so satisfying about binge watching.

I found the story line intriguing. Even though the cop versus criminals theme is pretty common, I found this different enough to keep me watching. I also like several of the criminal characters and don't want to see them killed off. This wasn't a series that any of my friends talked about. The only reason I started watching it was that I didn't have access to regular TV and was looking for something to binge watch. I remembering seeing The Wire on a list of the best TV series so I thought I would give it a try. Now I am so glad that I did.
10 people found this helpful

Bob KReviewed in the United States on June 4, 2014
5.0 out of 5 stars
Ok, So You Are Wondering About the Wire
Verified purchase
So many superlatives, so little time. You are undoubtedly seeing all these rave reviews and wondering is this real? Is this some snobby critics scam to make it so classics along the lines of Hangin With Mr. Cooper will be looked down upon? Wonder no more. The Wire is amazing. A group of friends and I were talking about what we are watching. I was the only one who had watched the Wire at that time.

The question came up "If you only had a month to live, and you were bedridden, awake and alone for 40 hours what show would you binge watch." My answer is simple, Sister Wives, because it would seem like the month lasted 20 years and I would feel like I cheated death. Back to the Wire, though. There is a lot of debate about whether this is the Golden Age of TV. I think it is, the Sopranos, Breaking Bad, Justified, Mad Men, Kurt Sutter retelling Hamlet from the viewpoint of a motorcycle gang in Sons Of Anarchy. The Shield. Treme. Fargo. If you believe this is the golden age of television, then consider the Wire the Gold Standard of the Golden Age.

I still feel sad for Baltimore.
31 people found this helpful

TMaloneReviewed in the United States on April 7, 2017
5.0 out of 5 stars
Great, great series, worth a binge watch
Verified purchase
I was one of the many many ppl that heard of the hype surrounding the wire and chose not to watch. I can tell you years later that it was a mistake. Once you get past season 1, which is slow but very necessary to get you invested in the characters you will be following through 5 years of episodes, the stories seem to flow in an organic fashion. There is action yes but there is also alot of moves that are made in one episode that will pay off in later episodes. As the series is no longer broadcast, it does benefit from binge watching. The characters suck you in both the good and the bad. If you can stick through all 5 seasons, the final season really pays off and bring the whole series full circle to a conclusion.
6 people found this helpful
See all reviews
Back to top
Get to Know Us
Make Money with Us
Amazon Payment Products
Let Us Help You
EnglishChoose a language for shopping. United StatesChoose a country/region for shopping.
© 1996-2021, Amazon.com, Inc. or its affiliates