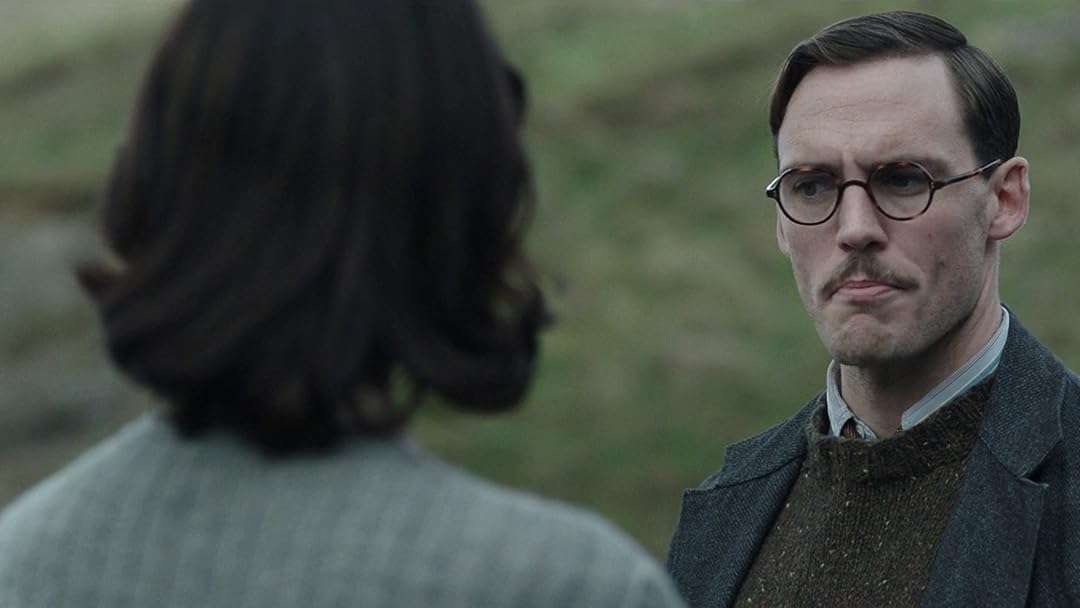 (819)
6.81 h 57 min2017X-RayR
HD. A young woman plays an unlikely role in inspiring WWII Britain when she takes a job as a script writer on a major propaganda film.

Olga GorelikReviewed in the United States on August 17, 2017
5.0 out of 5 stars
Very well written and acted. Want to watch it over and over again.
Verified purchase
Their Finest has a lot of humor, but I wouldn't call it a comedy. And I hate it when it is branded 'romantic comedy', even though there is a beautiful romance in it.

I first saw this film in a theater and now I saw it again on DVD and loved it even more second time around. This is the kind of movie where you want to catch every word. The dialogue is so good, I feel like every other line is worth quoting. But I will only quote one now. "Why do you think that people like films? It's because stories are structured; have a shape, a purpose, a meaning; and when things go bad they're still a part of a plan; there's a point to them. Unlike life." This line is about movies the characters are making but it is also about the movie they are in. It's a perfect example of something I found so special about this film - subtle parallels between it and the movie that is being made in it.

SOME SPOILERS FROM HERE ON.
The characters are fantastic and the journeys they make over the course of the film are fascinating to watch. We witness the main heroine Catrin Cole (a genuine and powerful performance by Gemma Arterton) discover that she has a knack for screenwriting and loves doing it. And we also watch a meek provincial girl, a mere smudge on her artist husband’s paintings transform into a confident, independent woman. There is an aging actor Ambrose Hilliard (Bill Nighy) who discovers a new path for his acting career. He is also someone who starts out a pompous, self absorbed jerk (When his Jewish agent mentions relatives from Poland visiting and adds that things are really bad there, Hilliard complains how the war caused shortage of good Italian waiters. This is 1940!), but as the movie progresses he learns to appreciate those around him (like the writers) and even care about them. Bill Nighy is very very funny in this role, but it is what he does when his character is faced with a tragedy that makes his performance so all around great.

And then there is Catrin's fellow screenwriter Tom Buckley (chameleonic Sam Claflin). He recognizes her talent from very early on, after all, he is the one who discovered her, yet he is condescending and demeaning to her. He is also clearly attracted to her from the start, but in a sleazy kind of way. And then he falls for her, quietly and painfully. He also realizes that as a writer she might actually be better than him. But what we witness in him is not so much a transformation as a series of revelations. Buckley is the most interesting, multi layered character in the film. It turns out that in this man who at first appears to be an arrogant, misogynistic jerk, despised by one female co-worker so much she literally wishes him dead, there is decency, a big heart, and a sensitive soul. And with all his cynicism about the screenwriting process, he longs to actually create something good, not what he’s been forced to make. There is so much internal intensity in Sam Claflin's performance, that I found myself rooting for Buckley at the first appearance of the aforementioned decency, but especially after his speech on why the movie about the sisters should still be made, even though they never made it to Dunkirk. I know I wasn’t the only one. During the wordless scene in which he is shown alone in the office having realized that he is in love, people in the audience literally went “Awww” – out loud. And I think it is because in Buckley’s last scene his passion, his hunger, and most importantly, his happiness are so palpable and vivid, what happens next is so extraordinarily traumatic – even for the time when death is a daily occurrence.

Like Buckley said in the quote I used earlier, “When things go bad they're still a part of a plan; there's a point to them.” A lesser movie would have, perhaps, chosen to have the ending of the love story parallel that of the movie within a movie, make everyone happy. But I found the parallel they chose to have instead much more poignant and powerful. In a heartbreaking irony it is the girl who ends up fixing the propeller and it is the woman who is left to finish the script. Hopefully she got the screen credit after all.

DAvid G. CenterReviewed in the United States on August 27, 2017
5.0 out of 5 stars
This middle aged volunteer firefighter loved this movie
Verified purchase
This middle aged volunteer firefighter loved this movie. I don't know that there is a good category for this film. I will say that it does what I always want movies to do, it tells a story that makes me care about the lives of the characters and transports me to another world. I was all in with this film, the characters aren't who they first seem, and it kept my attention. I loved the setting, costumes, the dialogue, etc. It is that rare film where everyone involved did their job so superbly well. This movie will make you cry, and I thought I was back in middle school watching ET for the first time, but it was because the characters and their losses felt so real. This is a film I plan to watch more than once.
20 people found this helpful

joel wingReviewed in the United States on March 19, 2021
4.0 out of 5 stars
Trying to create make-believe in the middle of a war
Verified purchase
Their Finest is about making movies in the middle of a war. It stars Gemma Aterton who is hired by the British government to help write scripts that have better female characters to raise morale during World War II. Ironically it reminds the viewer that any movie that says it’s based upon a true story is completely twisted around with all kinds of things made up and added so that it fits into a conventional film plot. The business is about make believe after all, not history. Mixed in with that are the strains of war with families, bombings, losses, etc. It’s also got funny bits like actors that don’t know how to act and others who talk about their art and just sound like idiots they’re so full of themselves. It’s very successful in the end and hits all the right notes.
One person found this helpful

Washington DCReviewed in the United States on July 20, 2017
5.0 out of 5 stars
A FINE PRODUCTION AND TIME IS WELL SPENT VIEWING THIS FILM
Verified purchase
This quality production has humor, romance, and tragedy. The film entertainingly pays homage to the strength of purpose, dedication, and character of the British -- civilians and military -- mid WWII peril. After I saw this film in a movie theater I wanted to purchase the DVD when available (and purchased it via Amazon as soon as it was available) . Their Finest will not be the finest time you spend in your life but it will be time well spent.
9 people found this helpful

RescuepetsruleReviewed in the United States on June 19, 2021
4.0 out of 5 stars
Slow at first, but it gets better
Verified purchase
Nice film-and neither Dog dies, so that's a big plus.
SPOILER: Before Buckley gets smashed, they might as well just say something heavy is about to fall- if you listen to the background dialogue, they go overboard saying "Don't lean on it" and "Be careful". It's so bad and so obvious.
Lots has been said about Goebbels manipulating people with propaganda, but all governments did the same thing. They have always been able to fool the Sheep among us, and in 2021, they still do.

Vanessa GrayReviewed in the United States on July 18, 2017
5.0 out of 5 stars
Sophisticated,Touching War time Romance !!
Verified purchase
Perfectly written,excellent cast along with touching love story set in war torn England. One of the best films of the past five years !
I was fortunate to view at cinema but had to add this gem to my collection !!
23 people found this helpful

StgoReviewed in the United States on July 18, 2017
5.0 out of 5 stars
You will laugh you will cry. See this movie!
Verified purchase
I really enjoyed this movie. I saw it in a theater when it came out in the UK. I wanted friends to see it who had missed it on its short limited release back here in the States. Great cast, good well acted script. Laughs and tears both.
7 people found this helpful
See all reviews
Back to top
Get to Know Us
Make Money with Us
Amazon Payment Products
Let Us Help You
EnglishChoose a language for shopping. United StatesChoose a country/region for shopping.
© 1996-2022, Amazon.com, Inc. or its affiliates