Their Golden Bride (Bridgewater Brides) and millions of other books are available for Amazon Kindle. Learn more
Share <Embed> 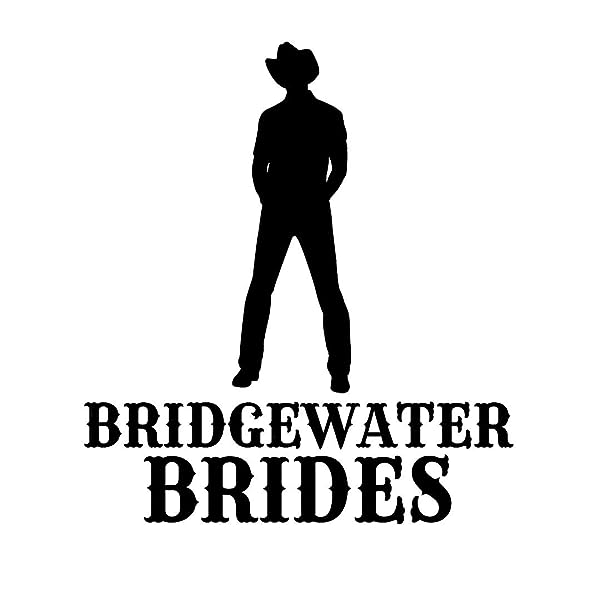 Start reading Their Golden Bride (Bridgewater Brides) on your Kindle in under a minute.

4.4 out of 5 stars
4.4 out of 5
222 global ratings
How are ratings calculated?
To calculate the overall star rating and percentage breakdown by star, we don’t use a simple average. Instead, our system considers things like how recent a review is and if the reviewer bought the item on Amazon. It also analyzes reviews to verify trustworthiness.
Top reviews

Beverly Ann McCall
4.0 out of 5 stars Their Golden Bride
Reviewed in the United States on October 8, 2020
Verified Purchase
Ann Mayburn’s Their Golden Bride is one of the books in the Bridgewater Brides series. In this book, we meet Rowan Larsen, Edward Huxley, and Garret Finley. Circumstance led Rowan to be in Butte disguising herself as a young lad, Roger. Her brother, Ted, left her to go to San Francisco for a bricklaying job. Rowan remains and waits for him to return. While waiting she assumes the role of a shoeshine boy to survive. However, she has difficulty avoiding one of the town’s worst citizens, a pimp named Mr. Charles. One of her customers is a resident of Bridgewater. Noting that Roger’s faced is bruised, her customer realizes the lad needs help, he seeks the aid of his friend. An act of kindness brings Rowan, Edward, and Garret together. They witness Mr. Charles, and his goons are beating her when the two friends intervene. They get Rowan medical attention and that is when they realize she is a woman. But more importantly, they realize that she is theirs. She is the one they want as a wife. These two Bridgewater men embrace the tradition of Mohamir wherein two or more men share, protect, and love the same woman. Bridgewater is the community that respects this custom and provides safety for their residents. Will Rowan agree to marry the two men? What happens with Mr. Charles? Will Rowan ever re-connect with her brother, Ted? To find out you must read this book.

I love that Ms. Mayburn continues the trend of the original Bridgewater series by Vanessa Vale wherein a damsel in distress is rescued by strong, dominant, brave men who embrace the tradition of Mohamir. This book was well-written. Her characters are well-developed. This includes both her primary and secondary characters. The main characters are strong, determined, focused, confident yet vulnerable. They grow as the story progresses. I enjoyed her use of strong dialog. I thought the use of a dual point of view to tell this tale was great. One point of view is Rowan’s. The other is a combined point of view for Edward and Garret. Ms. Mayburn’s use of descriptive language paints vibrant scenes. For example, Rowan’s adventure disguising as a man was ingenious. It speaks to her strength of character. The scenes at the Inn with Rowan experiences bouts of jealousy are precious. I also thought that the climactic scene where Mr. Charles holds her at gun point ratchets up the suspense. Scenes like this draw readers into her story while endearing her characters to readers.
Read more
4 people found this helpful
Helpful
Report abuse

Florida Book Addict
4.0 out of 5 stars Sexy Menage Story
Reviewed in the United States on October 7, 2020
Verified Purchase
I am always a bit wary of reading books by different authors but set in the same world. You never know what you will get - some are a tribute to the original author’s books and others manage to ruin the world. This book definitely falls into the first category. The author has taken the Bridgewater Brides series and added a story that fits seamlessly into this world. You do not have to read that series to enjoy this book, but the experience will be enhanced (Plus, the books by Vanessa Vale are great!) and you will recognize familiar characters.

I enjoyed this story - it stayed true to the original series, featured familiar characters, and had some very sexy scenes. You can feel the emotions of the characters - love, fear, loneliness, happiness, pain and even the sexual longing - from the great writing by the author. I had a hard time putting this book down until the end. For any fan of Vanessa Vale, this book is a must read!
Read more
4 people found this helpful
Helpful
Report abuse

D. Cooper
3.0 out of 5 stars Needs Major Editing
Reviewed in the United States on February 9, 2021
Verified Purchase
This is a typical Bridgewater story. However, for someone like me editing errors throughout the book make me wish I hadn't spent the money to purchase the book. For instance, one major character's eyes go from the description of "blue or green" to later being described as turquoise. What the heck! Turquoise is turquoise and is a separate color from both blue and green. The bride's eyes also have conflicting descriptions. One description is her eyes are a "pale blue like ice" and later on are described as "crystal blue rimmed with a line of the purest black." The latter part of the description would surely stand out and should have been noted in the first description. Also, there are missing words in many sentences and extra words having no connection to the structure of the sentence. There are many misspelled words. One or two errors I can understand, but the number of errors is overwhelming. Save your money!
Read more
2 people found this helpful
Helpful
Report abuse

Kindle Customer
2.0 out of 5 stars Waste of money
Reviewed in the United States on October 9, 2020
Verified Purchase
Too short no context..i paid4.99 for a twentyminute read . Piece nonsense..dribble...dont buy it like i did why did vanessa push it off as hers ..cheap shot
Read more
5 people found this helpful
Helpful
Report abuse

Bobbie Johnson
5.0 out of 5 stars Their Golden Bride
Reviewed in the United States on October 8, 2020
Verified Purchase
A beautiful love story. This story had all the makings of a hallmark movie. The stress, hurt, pain, homelessness and the betrayal that was felt by the heroine but when she was saved by our heroes it was awesome.
Read more
4 people found this helpful
Helpful
Report abuse

ChasnTrav
5.0 out of 5 stars 5 Stars for Their Golden Bride!
Reviewed in the United States on October 7, 2020
Verified Purchase
Garret, Edward and Rowan’s story was the first book that I’ve read by this author and I loved it. I look forward to reading more. The characters were written so well I could imagine them. Their connection was intense. Cannot wait to see what happens next in the Bridgewater world!
Read more
4 people found this helpful
Helpful
Report abuse

Izza77
4.0 out of 5 stars Innocent curiosity....
Reviewed in the United States on October 8, 2020
Verified Purchase
During a time of darkness in her life just trying to survive long enough for her brother. Two strangers show her she doesn't have to fight to survive on her own. She's known no kindness and now it's being offered by not 1 but 2 men ... scandalous doesn't begin to describe what she feels but her innocent curiosity will tempt her in ways she can't even begin to deny.
Read more
3 people found this helpful
Helpful
Report abuse

Kindle Customer
5.0 out of 5 stars WOW! So Good!
Reviewed in the United States on October 7, 2020
Verified Purchase
Well written story and well developed characters! If you like the Bridgewater series then you will love these books! I couldn't put this book down and read it in just one afternoon!
Read more
One person found this helpful
Helpful
Report abuse
See all reviews