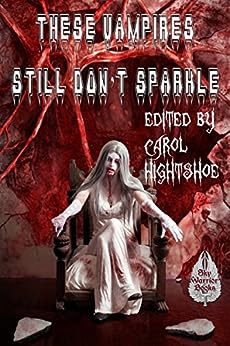 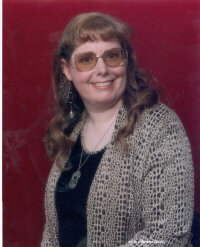 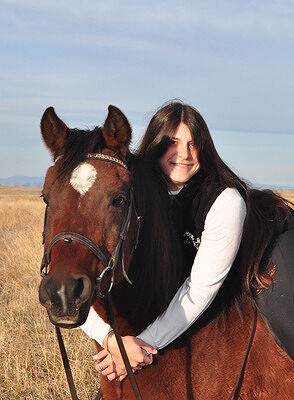 Thomas Howard
4.0 out of 5 stars Igor, This Isn't Ketchup, Is It?
Reviewed in the United States on July 4, 2015
These Vampires Still Don’t Sparkle Edited by Carol Hightshoe (2014, 245 pages) – A sequel to These Vampires Don’t Sparkle, this collection of various vampire tales contains a short story by my daughter, Botheri45, so I’ll skip that one to appear unbiased in my review. This collection contains some interesting and entertaining ideas about vampires, and I enjoyed reading it even though I haven’t read a vampire book since Dracula.

As usual, I’ll deal with each story individually, and skip any poems as they seem to be in a foreign language to me (sorry, poets).

Among the Herd by Rebecca McFarland Kyle – This robust vampire is a private detective hired to protect a beautiful Native American. He uses his “condition” for good, protecting the sheep of humanity and hunting those that consider themselves above the law.

The Devil in a Red Silk Dress by Grant Eager is a clever tale about a new vampiress who can’t seem to get a break (or a vein). When she’s dragged before the magistrate for attempting to fang a vampire hunter, she manages to use her ample attributes to not only free herself but send her captor to jail.

Miss Transylvania by Jean Martin – Many of these vampire stories deal with an obvious question – what to do with yourself after you’ve turned? One enterprising young lady has found college and ongoing education to be the perfect shelter and hunting ground as she moves from one educational institution to another, including Transylvania University in Lexington, Kentucky.

Doc, Vampire Hunting Dog Sheep Interrupted by J.A. Campbell – I suspect the editor had trouble deciding which of these clever stories to include in this collection, but I doubt if this is one of them. Told from the other side – vampire hunter and a dog – it’s very original and exciting. All Doc wants to do is herd sheep but his vampire hunting human keeps encountering bothersome bloodsuckers.

The Cup of Life by Carol Hightshoe – A historical tale of pagan and Christian forces coming together to lay the previous Merlin to rest. Lurking in the shadows is a Roman captain who wants immortality at any price and is willing to kill for the Grail to achieve it. Might be a first vampire story.

The Thing Called Zoy by Paul Du Jat – Not one of my favorites, but the story of an aged vampire who tries to give up blood for his dead wife and ends up killing everyone (babies, homeless, local police) he crosses paths with, certainly keeps your interest.

Better When You Sparkle by Angela Magee – I like these kinds of stories where the hunter turns out to be the hunted. A sexist bully attempts to take out the biggest badass vampire in town but ends up learning a few things about life and the unliving.

Midnight by Russell Scott O’Neal – A stereotypical story of a young woman, a successful vampire author, and a ghostly Master starts several stories focusing on using vampiric powers for revenge. Nice characterization but a little predictable.

My Dark Genesis by Alex C. Telander – The prologue was unnecessary (“This is how I became a vampire.”) but the concept of the first vampire is original. A dying caveman finds a cup of blood and drinks it. Afterwards, he starts killing off his tribe and those in the surrounding countryside. Is this what really killed off the Neanderthals?

A Vampire Amongst Us by R.G. Halstead – Another subgenre I like – the impoverished pulp writer. This one’s in a boarding house where people tells him he needs to switch to vampire tales instead of true crime. Another predictable ending, but well-written and very atmospheric.

Not as it Seems by Lee Pletzers – I definitely had a feeling of “They Live Among Us” when a call center employee sees the company’s new management sucking the blood out of a fellow office worker at his employee review. Afterwards, he sees real vampire ghouls everywhere. Mysterious people appear to tell him what’s going on (aliens) and goad him into killing his boss (the queen of the vampires). Only by extreme self-sacrifice does he manage to save the day.

All Creatures Like to Drink by T. Fox Dunham – This was the most frightening story in the entire collection and the second best written. A young captain of a Yankee brigade is trapped in the fog when they meet a young woman who offers them shelter and food but explains that she and her sisters are starving. Run away, run away!

Throwing the Dice by Stephanie Ellis – What happens when two powerful vampires compete to see how many people they can kill in a town in 24-hours? The winner gets a seat on the vampire council and the loser gets staked through the heart dead.

Red Georgia Clay by Ariel Jay – A heavily pregnant black woman in the South watches a crowd of whites lynch her husband. Traumatized and helpless, she’s attacked after dark by a vampire while trying to bury her husband’s body. The next morning, she stops by the vampire’s plantation to stab the bastard on her way North. Really good.

Vendetta by Scott Harper – A new take on the vampire hunter. Two brothers, one dead, one not, are locked in perpetual battle as they struggle through the ages to avenge the death of the hunter’s wife by his vampire brother.

The Vampire and the Mermaid by Denarose Fukushima – Come on, the title alone is enough to make me read it. A vampire and a mermaid agree to trade places for a week to see who has more difficult job – the vampire sucking blood or the mermaid dragging sailors to their deaths. A great romp.

Different Now by DJ Tyrer – A nice piece of writing about a man who slowly comes to his senses after being bitten by a “wild animal” in Egypt and accidentally buried alive. The slow realization of who he was and what he’s become is extremely well written and captivating. I wondered if maybe he wasn’t Jack the Ripper by the end, but I may just be caught up in the tale.

Adaptive Strategies by William RD Wood – This story has a couple great things going for it – a female protagonist (a linguistic scientist and not a teen-ager with a wooden stake although there’s nothing wrong with that), a sympathetic vampire, and a hell of a twist at the end. One of my favorites.

Happy Undead Day by Jeff Provine – A different story from a Renfield’s viewpoint. What does one get one’s master for this five hundredth deathday? Why, a lizard, of course!

The Judas Goat by Edward Ahern – A story about a vampire hunter who really is just helping his winged monster master eat regularly. A haunting twist on who hunts the hunters.

One Day in the Sun by Jonathan Hildeman and Eric Hildeman – Malko is an unusual vampire. He leaves his clan’s forest to visit a nearby village, striking fear into the hearts of locals and discovering sunburn and mob mentality. He can’t believe everything his elders have told him is untrue and tries to convince the humans they can live in harmony if they’ll just offer up a vein or two occasionally. After they burn his librarian girlfriend as a witch and try to drive a stake through his heart, he decides to run to fight another day. After all, they’ve got to sleep sometime.
Read more
Helpful
Report abuse
See all reviews
Back to top
Get to Know Us
Make Money with Us
Amazon Payment Products
Let Us Help You
EnglishChoose a language for shopping. United StatesChoose a country/region for shopping.
© 1996-2021, Amazon.com, Inc. or its affiliates