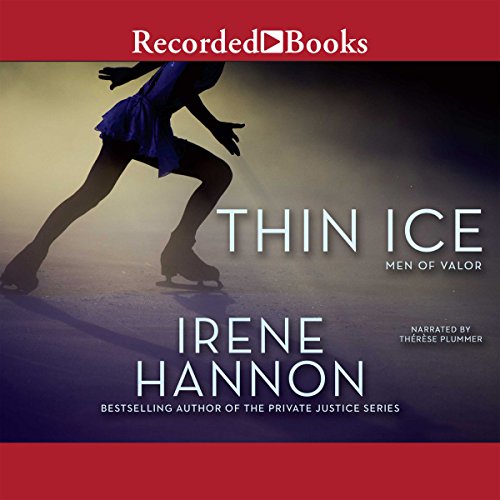 After losing her parents in a car accident and her sister to a house fire, Christy Reed has been mired in grief. Life is finally starting to feel normal again when an envelope arrives in the mail - addressed in her sister's handwriting. And the note inside claims she is still alive.

FBI Special Agent Lance McGregor, a former Delta Force operator, is assigned to reopen the case, but he's coming up with more questions than answers. If Ginny Reed is still alive - who is the woman buried in her grave? Where is Ginny? And is Christy a pawn in a twisted cat-and-mouse game - or the target of a sinister plot? As he digs deeper, one thing becomes clear: Whoever is behind the bizarre ruse has a deadly agenda.

Best-selling author and two-time Christy Award finalist Irene Hannon warms listeners' hearts as they root for a romance between Lance and Christy, but she pulls out all the stops as this high-stakes thriller chills to the bone in a race to the finish.

4.7 out of 5 stars
4.7 out of 5
429 global ratings
How are ratings calculated?
To calculate the overall star rating and percentage breakdown by star, we don’t use a simple average. Instead, our system considers things like how recent a review is and if the reviewer bought the item on Amazon. It also analyzes reviews to verify trustworthiness.

Michelle Krimaschewicz
5.0 out of 5 stars Expertly crafted story
Reviewed in the United States on February 14, 2016
Verified Purchase
Irene Hannon is one of the best at romantic suspense and Thin Ice is an expertly crafted story that will keep you turning the pages. It was well-paced with plenty of twists and it kept me intrigued until the end. I loved that the hero was a brand new FBI agent on his first case. It was an interesting perspective to see him learning the ropes through this investigation. I liked having the bad guy's point of view as well as the main characters. Even knowing the bad guy's name, there were still the unanswered questions of why he's targeting Christy and how he's connected to her, so the story stayed unpredictable.

Plot: Christy Reed's sister Ginny was killed in a house fire just a few months after their parents died in a car accident. Six months later she receives a letter, addressed in Ginny's handwriting claiming her sister is still alive. When Christy seeks help from the FBI, she contacts Lance McGregor, who's just joined the bureau after ending his career in Special Forces. It quickly becomes apparent that Christy has a stalker who will stop at nothing to get his revenge.

I'd highly recommend reading this book if you enjoy romantic suspense. The second book in the Men of Valor series, it can stand alone, but you'll probably want to read Buried Secrets first. I've enjoyed the close knit family of McGregor brothers and how the stories are tied together, so we get a better introduction to Finn's life and can anticipate his adventures coming up next.
Read more
Helpful
Report abuse

Emystew
4.0 out of 5 stars I normally don't like villains, but the way that the author wrote ...
Reviewed in the United States on October 16, 2017
Verified Purchase
Rating: 4.5 stars

This was an intense book. The characters were so well developed. The villain was a larger part of the story than usual in this genre, which was interesting. I normally don't like villains, but the way that the author wrote this one into the story made me actually feel something about him instead of just not liking him because he was the villain - I *strongly* disliked this guy. It made the plot that much more intense.

The relationships throughout the book were believable and the story was well-paced. It kept me up late into the night reading because I couldn't put it down! Highly recommend.

There was only one thing that I was unsure about - the author writes at one point that the FBI only protects the President and the Attorney General. I'm not convinced that that is true, but perhaps I'm wrong?

I also really liked the brother's character. If there isn't already a book about his story, I'd love to see that one written!
Read more
3 people found this helpful
Helpful
Report abuse

Irene Hannon has a deft touch with the macabre nature of suspense and mystery. Her latest foray into the genre is Thin Ice, releasing this month. Irene constructs twists and turns only the most adept mystery solvers will penetrate, all the while giving us flawed but believable characters and romance.

Thin Ice is the second in the Men of Valor series whose heroes are ex-special forces guys now working to save civilians from villains. Thin Ice introduces us to Special Agent Lance McGregor, a former Delta Force officer, who carries deep guilt from his last mission. Enter Christy Reed, former Olympic ice skating star now teaching skating. Christy, wracked with grief over the loss of her parents, saw her sister’s house burn to the ground with Ginny in it.

Christy felt she was handling the tragedies fairly well until she receives a letter from beyond the grave: a letter from Ginny that seems to indicate she is still alive but in the hands of a kidnapper. Despite warnings to the contrary, Christy turns to the FBI for assistance. Special Agent McGregor lands the case as his first with the Bureau.

Lance, assigned to open the cold case, comes up with more questions than answers. Ginny seemed to have no enemies. Christy’s parent’s auto accident may be murder. Could Christy be the target instead of her family? As they follow slim leads and faint trails, the kidnapper/murder creeps closer.

I could not put this book down. Page after page of drama and excitement and twists and turns. And an ever-building attraction between Christy and Lance. The denouement is exciting. You’ll be cheering Lance and his cohorts on and shivering with Christy as the evil advances toward her. Five stars! Well-done, Irene! Thin Ice is a winner!

Irene is the best-selling and award-winning author of more than fifty novels. She is the seven-time nominee and three-time winner of the RITA Award from the Romance Writers of America (RWA) and is a member of the RWA Hall of Fame. Her romance/suspense series are Heroes of Quantico, Guardians of Justice, Private Justice,/, and this new series, Men of Valor. You’ll want the first book in that series, Buried Secrets, as well as Thin Ice. To quote her bio, “when not otherwise occupied, Irene and her husband enjoy traveling, Saturday mornings at their favorite coffee shop and spending time with family. They make their home in Missouri.” For more information, check out IreneHannon.com.

Revell, a division of Barker Publishing Group, gave me a copy of Thin Ice in exchange for my unbiased review.
Read more
One person found this helpful
Helpful
Report abuse

Nicki T. Walker
5.0 out of 5 stars Lots of twists and turns in this one
Reviewed in the United States on March 8, 2018
Verified Purchase
Christy Reed lost her parents and her sister in two separate accidents in less than a year. She has struggled to move forward but finally has until she receives a letter addressed to her in her dead sister's handwriting. Lance McGregor is a new FBI agent who takes Christy's call. He is drawn to her from their first meeting. Lance becomes determined to get to the bottom of what is happening to Christy and to protect her in the meantime. Christy develops feelings for Lance as well. This story takes twist after turn after twist before coming to a final eventful conclusion.

This is the second in a series. I have not read the first yet. I didn't feel as though I was missing out on anything by not reading Book 1 first.
Read more
Helpful
Report abuse
See all reviews

Mitchell
4.0 out of 5 stars Good read
Reviewed in the United Kingdom on October 3, 2016
Verified Purchase
Excellent. Better than book 1 , but just as compelling. V good application of faith Waiting for book 3 in the series
Read more
Report abuse

Lesley
5.0 out of 5 stars Super suspense story
Reviewed in the United Kingdom on January 30, 2016
Verified Purchase
I really enjoyed reading this book and the suspense side was good always kept you wondering what was going to happen next. The touch of romance was the right amount, a great author!
Read more
Report abuse

kizzy
5.0 out of 5 stars A great read
Reviewed in the United Kingdom on December 30, 2015
Verified Purchase
A great follow on from book 1. Kept my interest all the way through and as usual I could not put the book down. Plenty to keep me hooked.
Read more
Report abuse

Amazon Customer
4.0 out of 5 stars Four Stars
Reviewed in the United Kingdom on April 8, 2016
Verified Purchase
A really good holiday read
Read more
Report abuse
See all reviews
Back to top
Get to Know Us
Make Money with Us
Amazon Payment Products
Let Us Help You
EnglishChoose a language for shopping. United StatesChoose a country/region for shopping.
© 1996-2021, Amazon.com, Inc. or its affiliates