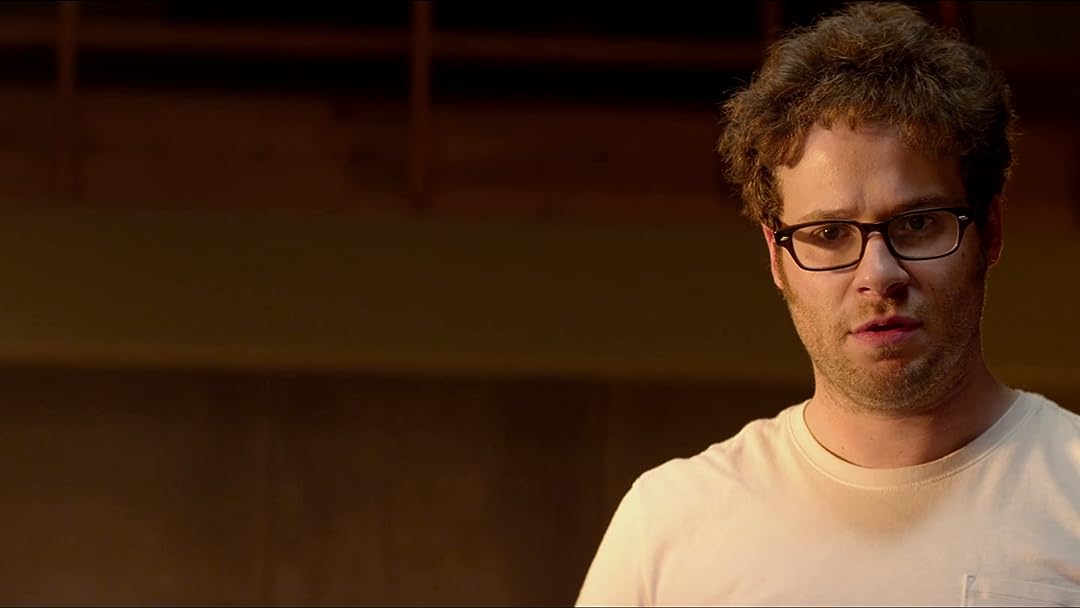 This Is the End

(26,252)
1 h 46 min2013X-RayUHDR
While attending a party at James Franco's house, Seth Rogen, Jay Baruchel and many other celebrities are faced with the apocalypse.

Andy WaitstillReviewed in the United States on January 23, 2017
4.0 out of 5 stars
Neurotically Funny But Be Aware of the Caveats
Verified purchase
You will not like this movie if: 1) you are expecting a horror film - this is much more like "Shaun of the Dead"; 2) you find blasphemy offensive; 3) you have a low vulgarity threshold; 4) you do not have a decent knowledge of pop culture; 5) you do not know who these celebrities are; 6) you do not like neurotic humor. That said, there are few things more enjoyable than watching celebrities mock themselves and the images they present to the public - and given that this is a survivalist fiasco, the performances are deservedly over-the-top, with hilarious results (Michael Cera's brutal, against-type character is one of the most memorable I've ever seen). The pace of the film seldom lags as the actors find bizarre ways to undermine each other while the world outside goes to hell. (One may ask whether the real hell is outside or closer to home.) The movie does seem to introduce a certain milky morality at the end, which blunts some of the otherwise razor-sharp impact. But the film does stand well on its merits, those being the caustic, ironic and absurd comedic qualities of the cast itself.
57 people found this helpful

Chris WolfeReviewed in the United States on April 26, 2020
1.0 out of 5 stars
Worst movie ever
Verified purchase
IMHO
There is no forgiveness for this one. They HAD a good cast and they COULD have come up with a good script but no. Instead, they threw together a lot of profanity and bizarre, dysfunctional male posturing, and called it good.
The storyline was absurd and ridiculous (and not in a good way). However, since I paid 3.99, for this piece of garbage, I was determined to make it through. I didn't make it. 30 minutes into it, I fell asleep.
I woke up after 15 minutes and it was as if I hadn't gone to sleep. NOTHING had changed. Just a bunch of adult men acting like they're the 13-year-old kid on the block that everyone hates to be around SO I wound up falling asleep AGAIN. I woke up 10 minutes before the end of the movie and even the ENDING was horrible.
There's not much more I can say without giving specifics and since the movie doesn't have much to it, telling a few specifics would give away the whole story so ...
My suggestion? Go see a WELL made movie with an actual plot to it. This one was abominable.

Mark BeckfordReviewed in the United States on October 10, 2020
5.0 out of 5 stars
Has Seth Rogen ever been in a bad movie?
Verified purchase
This Is the End is a laugh riot. Has Seth Rogen ever been in a bad movie? His lowest rated movie per RottenTomatoes is The Watch (16%), but I thought that was a pretty funny and entertaining movie. I think The Green Hornet is the limpest of the bunch. If you are offended by that adjective, you definitely should NOT watch this movie as there are more male body/sex/potty jokes than I've encountered in any other movie in my lifetime (and I am old enough to remember Porky's).

At face value, it seems like it would be pretty hard to screw this movie up with Seth Rogen, James Franco, Jonah Hill, Danny McBride, Michael Cera and a dozen others playing themselves during the Apocalypse. Even Rihanna and Harry Potter's Emma-freaking-Watson have extended cameos. There is one cameo that is so absurd and crazy that it would be a major spoiler to reveal it.

Speaking of spoiler alerts, you'd think that the cause of the Apocalypse wouldn't be revealed, but that hasn't been the case. One reviewer mentions that it it is a literal interpretation of the Bible's Book of Revelations. You're at least 45 minutes into the movie before the reveal of what is really happening (unless you were raised reading the Bible. Then you get it pretty early on).

Yeah, it's also a riff on the egocentricity of Hollywood celebrities, but who really cares unless you are an avid reader of TMZ or Perez Hilton. The real brilliance is in the dialogue, a ton of which has to be ad-lib/improv. There are so many jokes in this movie told in the context of the story it would fill a TV comedy series for multiple seasons. This is a two-hour comedy movie. Do they make any comedy movie that long? I just hope it has a Lord of the Rings-style Extended Edition on DVD.

joel wingReviewed in the United States on October 18, 2021
4.0 out of 5 stars
Celebrities playing themselves have to survive each other and the end of the world
Verified purchase
What would happen if you were totally high and made a horror movie? That’s the case with This Is The End which was written and directed by Seth Rogen and Evan Goldberg. All the characters play themselves starting with Rogen who is stuck in a house with James Franco, Jonah Hill, Jay Baruchel, Craig Robinson and Danny McBride when the Rapture begins.

There’s one hilarious moment after another starting with a giant celebrity filled party at Franco’s house. Emma Watson ends up robbing them and there are great spoofs of Rosemary’s Baby and The Exorcist. The ending is especially funny with Rogen and Baruchel trying to save each other with I Will Always Love You by Whitney Houston playing in the background and a giant nude demon trying to kill them.

Added bonus there’s some mocking of Hollywood celebrities as well.

It’s definitely a guys movie about a bunch of men childs but it’s very entertaining.
4 people found this helpful

ShellyReviewed in the United States on June 22, 2021
2.0 out of 5 stars
Controversial with incorrect biblical message.
Verified purchase
I would not have purchased nor watched it if I had known in advance the message it was advocating. This movie has false teaching that is misguiding, controversial and obscene, and would only appeal to the mind of a juvenile. It can only be enjoyed by those with no understanding of the Bible, heaven, or eternal life. I’m very thankful Jesus was never mentioned and scripture was not quoted, but the concept of heaven comes from God who inspired chosen men to write His message so the world could hear the Good News of His saving grace He offers to all who chose to follow Him. Heaven is the place being prepared for those who accept God’s son, Jesus, as their Savior who would in turn accept His grace and all His teachings as our Creator.
4 people found this helpful

Benjamin BennyReviewed in the United States on March 7, 2017
5.0 out of 5 stars
Cult Classic
Verified purchase
Of the funniest movies I've ever seen, and hilarious from start to end. Really caught me off-guard how great this was, with nary a non-entertaining moment. Irreverent but not disrespectful. You may be the type who doesn't appreciate Hollywood actors making fun of themselves, seemingly for their own amusement, but this is done to perfection. I'm generally snobby and not easy to please. I wasn't hoping for much out of Danny McBride after having been made to watch a few episodes of "Eastbound and Down," but he and the whole cast were killer. Should be a cult classic if it isn't already. Self-deprecating humor is taken to a new level. Perhaps too hardcore for the pious, but it's always fun to see a depiction of the Book of Revelation!
23 people found this helpful

SaraReviewed in the United States on January 14, 2021
5.0 out of 5 stars
Fyi
Verified purchase
The movie is in widescreen. I was wondering why things felt so different compared to the free version on tbs on demand. It turns out the one offered through the tbs network is fullscreen. I wish Amazon had a way of letting us know if were buying widescreen or fullscreen. Just for information purposes, you know? I looked and looked and then I contacted customer service and have no answers as to how to tell if it will be in widescreen or fullscreen. And it’s not my TV. Some movies on my amazon prime app are fullscreen and some are widescreen. This happens on our other TVs too. So it’s definitely how they format it.
4 people found this helpful

RomroseReviewed in the United States on April 19, 2021
1.0 out of 5 stars
Shame on you Hollywood and all the actors involved in this disgusting mockery!!!
Verified purchase
Horrible horrible movie. Of course Hollywood is only capable of this kind of twisted entertainment. I do not recommend this stupid movie, a waste of time and money. I want my money back at least, since I can’t recover the wasted time and I can’t erase my memory of the stupid and disgusting things I saw and heard. Shame on you Hollywood and all of you actors who participated in this disgusting mockery.
5 people found this helpful
See all reviews
Back to top
Get to Know Us
Make Money with Us
Amazon Payment Products
Let Us Help You
EnglishChoose a language for shopping. United StatesChoose a country/region for shopping.
© 1996-2022, Amazon.com, Inc. or its affiliates