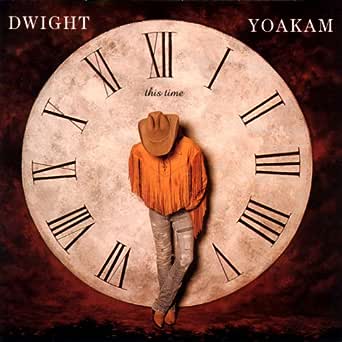 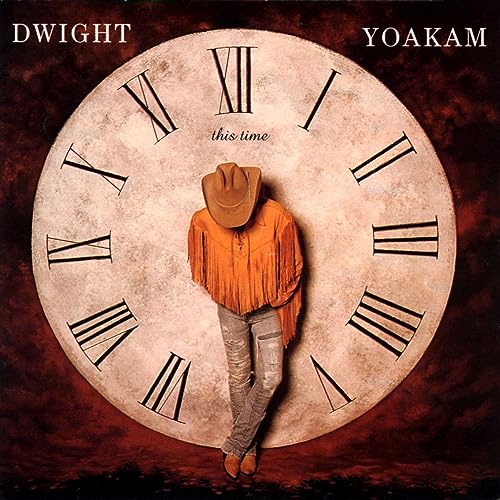 Listen Now
Buy MP3 Album $9.49
Your Amazon Music account is currently associated with a different marketplace. To enjoy Prime Music, go to Your Music Library and transfer your account to Amazon.com (US).

4.8 out of 5 stars
4.8 out of 5
170 customer ratings
How does Amazon calculate star ratings?
Amazon calculates a product’s star ratings based on a machine learned model instead of a raw data average. The model takes into account factors including the age of a rating, whether the ratings are from verified purchasers, and factors that establish reviewer trustworthiness.

Joseph Sousa
5.0 out of 5 stars Absolutely awesome classic country music!
Reviewed in the United States on September 9, 2011
Verified Purchase
I was addicted to this cd a few year ago. I just kept listening to the whole cd over and over for a while. Somehow I lost the cd. I recently thought about it and decided to get it again. Once again, I listen to the whole cd over and over again. As a musician, I absolutely love the music in the album; the vocal and instrumental melodies and the solos. I just love it. And as for lyrics, it really takes me back to what I keep hearing modern music is absolutely NOT! Now it's like country mixed with pop, rock and all sorts of other new sounds. Not that that's bad, but it's very refreshing to hear some old-school sounding classic country music. It's poetic, sad, powerful, and just plain clever most of the time. I might just have to label Dwight Yoakam as a musical genius for this album!! And the fact that he actually writes almost every song on this cd just makes me admire him much more!
Read more
10 people found this helpful
Helpful
Comment Report abuse

Jhimi Island
5.0 out of 5 stars Best of his albums
Reviewed in the United States on April 24, 2016
Verified Purchase
Best of his albums. This is almost a tribute to other C&W singers (Geo. Jones, Buck Owens, Roy Clark). there are songs on there that would have been perfect for them in their heyday. I always wondered it that was intentional. I love it. So there.
Read more
6 people found this helpful
Helpful
Comment Report abuse

Jess
5.0 out of 5 stars One of the best
Reviewed in the United States on September 14, 2005
Verified Purchase
Outstanding album; one of the best ever released by any artist. I'd say this is one of the top 3 in Dwight's catalog of releases. There really are no words to describe the sound and mood found on these tracks, but this is definately "it". There seems to be a wide-open, vast, lonely feeling throughout this album, and whether the setting of the song begins in the desert or on a bar stool, you cannot help but feel damn near every word of the songs. I have always felt (and probably always will) that Dwight has no peers; but the mixing and outstanding engineering of the sound found here, deserves special mention. Well worth your money.
Read more
24 people found this helpful
Helpful
Comment Report abuse

Clyde Spicer
5.0 out of 5 stars Outstanding Variety of Styles
Reviewed in the United States on February 28, 2008
Verified Purchase
This is a much more varied CD stylistically than earlier Dwight Yoakam CDs like "Guitars, Cadillacs, Etc., Etc." and "Buenas Noches From A Lonely Room." There are some really great songs here. When I first listened to the CD, certain songs made me think of certain other artists: "Pocket Of A Clown" and "Fast As You" both made me think of Roy Orbison, and "A Thousand Miles From Nowhere" would have fit in comfortably on a Traveling Wilburys album. The title track "This Time" was reminiscent of Buck Owens, while "Wild Ride" had a Bruce Springsteen feel to it. And "Ain't That Lonely Yet" brought to mind Warren Zevon. And yet, all of these were authentically Dwight Yoakam as well. These are really enjoyable songs that hold up well.
Read more
5 people found this helpful
Helpful
Comment Report abuse

LL
5.0 out of 5 stars Must have for 90s country fans
Reviewed in the United States on February 21, 2017
Verified Purchase
Very good album. If you were a country fan in the 90s, this is a must have album
Read more
One person found this helpful
Helpful
Comment Report abuse

Neal Swayne
5.0 out of 5 stars great
Reviewed in the United States on October 11, 2019
Verified Purchase
One of his best albums
Read more
Helpful
Comment Report abuse

KaleHawkwood
5.0 out of 5 stars "Come on take the wild ride"
Reviewed in the United Kingdom on April 17, 2011
Verified Purchase
I can`t stop playing this stunningly good collection of eleven great songs by a man who sounds, with each new album, like the finest country singer-songwriter east of Texas.
Aside from the obvious Bakersfield/Buck Owens connection, DY is here channelling that doyen of country, the peerless George Jones. His offbeat phrasing, hitting a note with just the right aplomb, and the sheer ornery panache of it all, with a band who sound at times more like the Stones or even the late Tim Buckley`s backing group, make for bracingly un-easy listening. (Dwight even sounds like Buckley at his raunchiest at the beginning of the superb Wild Ride.) This ain`t slick Nashville, thank God! If you want a Garth Brooks pop-country veneer - well, you know where to go.
This is one of those rare, haloed albums with no highlights as such, each song being as memorable as any other, but the opening Pocket Of A Clown gets things off to a terrific start, and the songs just seem to get better as the album goes on.
Dwight won a Grammy for Best Male Country Performance of the Year in 1993 for the wonderful Ain`t That Lonely Yet, one of those songs that sounds like it`s always been around.
Two Doors Down is that country staple, the lovelorn, crying-into-a-bottle ballad exemplified by Jim Reeves`s Blue Side Of Lonesome, or even Heartbreak Hotel. The lyrics are as maudlin as in those two classics, but what a song.
Wild Ride gives Dwight`s band, headed by guitarist-producer Pete Anderson (who`s incredible throughout) a workout that`ll leave you as drained as they must have been. Ain`t That lonely Yet might have won the award, but this one`ll have you playing air guitar as surely as anything by the Stones or Creedence, then putting it on again. I play this song all the time. In fact, come to think of it, I play this album all the time.
A word for the ubiquitous Greek-American Kostas Lazarides, who co-wrote several of the tracks, and whose songs have been covered by Patti Loveless, The Mavericks & others. I`m not clear whether he`s responsible for lyrics or music, but whatever he`s responsible for, he sure adds something very fine to the mix. No wonder he`s so welcome in Country circles.
Outside of Texas, from whence most of the truly original Country artists seem to hail, Dwight Yoakam can be rated alongside only a handful as offering something a little different from the usual CMA/Nashville fodder. The man`s for real, and this is the real thing. If you like this one, try the follow-up, the slightly more `experimental`, but no less fine album, Gone.
This Time is an uplifting, joyously, thunderously musical album from one of American music`s most vital and unpredictable stetson wearers. If you want the truth, it`s one of the best contemporary albums, in any genre, that I`ve heard in a long time. Absolutely bloody wonderful.

Ted Keeley
5.0 out of 5 stars The Last Great Dwight Album
Reviewed in the United Kingdom on September 28, 2013
Verified Purchase
For me, This Time represents the last truly great Dwight Yoakam album. The first three were brilliant. Then ‘If There Was A Way’ signaled an expansion in Dwight’s musical direction. Apart from some great country shuffles, This Time follows on from If There Was A Way with generous helpings of Hammond B3 , an almost Stonesy feel with Wild Ride and Fast As You (which is a full tilt rock and roll song with echoes of Pretty Woman in the opening riff). Add some great ballads and the cinematic expanse of Thousand Miles From Nowhere, and you have an almost flawless album that country and rock and roll fans alike will appreciate.
Read more
Helpful
Sending feedback...
Thank you for your feedback.
Sorry, we failed to record your vote. Please try again
Report abuse

jackrobbin
5.0 out of 5 stars Five Stars
Reviewed in the United Kingdom on March 10, 2017
Verified Purchase
but its is sold as words in song wos missing
Read more
Helpful
Sending feedback...
Thank you for your feedback.
Sorry, we failed to record your vote. Please try again
Report abuse

Jennifer
5.0 out of 5 stars Great
Reviewed in Canada on October 28, 2018
Verified Purchase
Have always loved Dwight Yokum and his music
Read more
Helpful
Sending feedback...
Thank you for your feedback.
Sorry, we failed to record your vote. Please try again
Report abuse