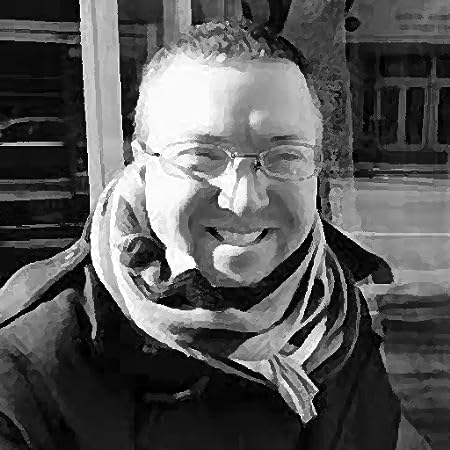 About Thomas A. Mays

Thomas A. Mays (Tom) is an 23-years-and-counting veteran of the US Navy, working as a Commander in the surface fleet aboard destroyers and amphibious ships, as well as teaching and assisting with research into electromagnetic weapons and ballistic missile defense. His current position is as the Commanding Officer of Assault Craft Unit TWO, leading a crew of 300 sailors, chiefs, and officers in operating the Navy's oldest operational platforms, 16 of the 135-foot Landing Craft Utility ship-to-shore connectors. He has two degrees in applied physics, but his passion is writing (he tries not to let what he actually knows get in the way of telling a good story). "The Mutineer's Daughter", part one of the In Revolution Born series with author Chris Kennedy is due out in March, 2018. "A Sword Into Darkness" is his first published novel, but he is working on a sequel (among other projects), has produced a collection of his shorts in "REMO", and has short stories appearing in numerous magazines and anthologies. Tom usually lives wherever the Navy tells him to (currently Virginia Beach, VA), making a for his three precocious/maddening kids, an insane Hawaiian mutt, and a hot, geeky girlfriend he doesn't deserve. Tom's blog, The Improbable Author, can be found at: http://improbableauthor.com/ 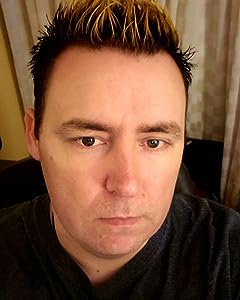 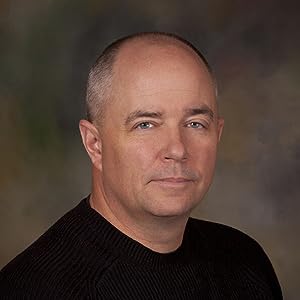 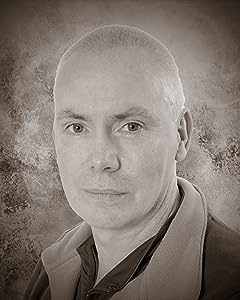 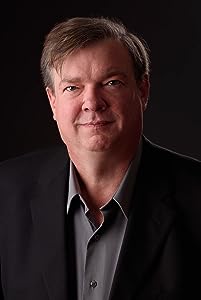 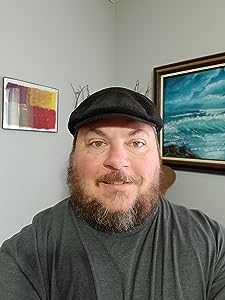 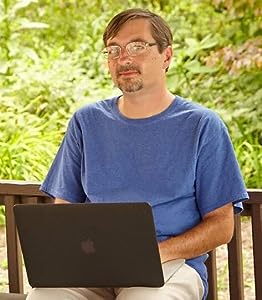 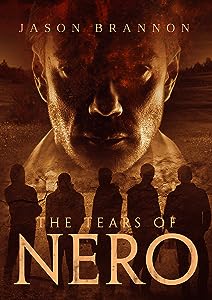 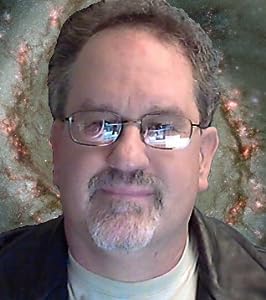 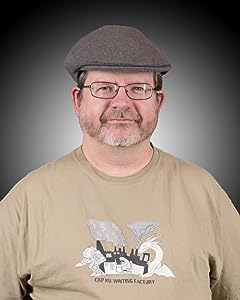 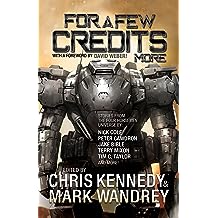 Welcome back to the Four Horsemen universe, where only a willingness to fight and die for money separates Humans from the majority of the other races. While some of the stories inside deal with mercenaries, others introduce readers to the other guilds, organizations, and races that make up the landscape of the Four Horsemen universe, and many of them provide background information to the mainline novels. There’s even a new form of life to get acquainted with and a look at alien interaction at its youngest level!

Edited by bestselling authors and universe creators Mark Wandrey and Chris Kennedy, “For a Few Credits More” includes sixteen all-new stories in the Four Horsemen universe by a variety of bestselling authors—and some you may not have heard of…yet. It’s a world where you can get anything you want. Some things, though, are only available for a few credits more!

Inside you’ll find:
Foreword by David Weber
“Butch and Sundance” by Peter Cawdron
“Where Enemies Sit” by Rob Howell
“Boss” by Scott Moon
“Leverage” by Josh Hayes
“Luck of the Draw” by JR Handley & Corey D. Truax
“Contract Fulfilled” by Tim C. Taylor
“Emancipation” by Mark Wandrey
“Forbidden Science” by Terry Mixon
“Change of Command” by Thomas A. Mays
“A Family Tradition” by Ian J. Malone
“Go for Bait” by Troy Carrol Bucher
“The Kra’daar” by Chris Winder
“Blood of Innocents” by James Young
“Messenger” by Nick Cole
“Faith” by Chris Kennedy
“Tinkerman” by Jake Bible
“The Start of Something Beautiful” by Kacey Ezell

Want to keep up with the Four Horsemen universe? Visit Chris Kennedy Publishing and subscribe to the mailing list!
Read more
Other Formats: Audible Audiobook , Paperback 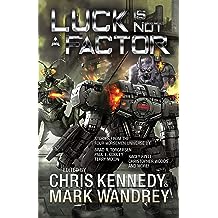 Inside, you’ll find:
Preface by Chris Kennedy
“Luck is Not a Factor” by Mark Wandrey
“Jury-Rigged” by Paul E. Cooley
“Hunting Trip” by Jon R. Osborne
“To Sell Your Cloak” by Joseph Capdepon, II
“Sattara” by Christopher Woods
“Test and Devaluation” by Thomas A. Mays
“The Humans Inside” by Jamie Ibson
“A Sword for Striking” by Rob Howell
“Confluence” by Lee Dunning
“Hell Hath No Fury” by Brad R. Torgersen
“All’s Fair in Love and Mercs” by Jon Del Arroz
“The Price of Devotion” by Michael Ciaravella
“A Simple Recon Mission” by Philip Wohlrab
“Three Gladiators” by T. Allen Diaz
“Target of Opportunity” by Terry Maggert
“Scooping the Competition” by Terry Mixon
“A Token of Affection” by Kacey Ezell
“To Save the Earth” by Chris Kennedy
“CASPer’s Widow: The Last Goodbye” by JR Handley
Read more
Other Formats: Audible Audiobook , Paperback 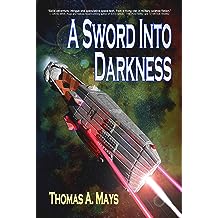 A Sword Into Darkness (The Patron Cycle Book 1) Jan 10, 2014
by Thomas A. Mays
( 515 )
$3.99
Experience the acclaimed hard science fiction, military sci-fi blockbuster TODAY before the sequel arrives this Summer!

HUMANITY IS NO LONGER ALONE IN THE UNIVERSE. AN UNKNOWABLE THREAT APPROACHES EARTH . . . AND WE ARE COMPLETELY UNPREPARED TO FACE WHAT'S COMING.

Aerospace tycoon Gordon Elliot Lee cannot stand idly by while a mysterious alien presence from Delta Pavonis bears down upon mankind's only home. Shut out from NASA and military support, Gordon is forced to go it alone, to sow the seeds for an entirely new sort of planetary defense: a space-based naval force.

Joined by Nathan Kelley -- a bloodied naval warrior, scarred by his own actions in the waters off North Korea -- and Kris Munoz -- an avant garde scientific genius with more ideas than sense -- these three will scour the very edges of fringe science and engineering to attempt development of Earth's first space navy in time to oppose the Deltan invasion.

Beset by ridicule, government obstruction, industrial espionage, and their own personal demons, it will take a miracle just to get off the ground. But the challenges on Earth are nothing compared to what awaits them in space. Against an unknown alien enemy with vastly superior technology, a handful of human scientists and warriors must become the sword that holds the darkness at bay.

MISSILES WILL FLASH, RAILGUNS WILL RUMBLE, LASERS WILL BURN, AND DEFENDERS WILL DIE.

IF THEY FAIL, OUR END IS AT HAND.

“There are brilliant first contact stories, great space combat stories, and amazing stories of technological discovery. Rarely do you find all three in the same novel. Remember the name Thomas A. Mays. You’re going to be seeing it on the bestseller list.” — JEFF EDWARDS, Award-winning author of ‘SEA OF SHADOWS,’ and ‘THE SEVENTH ANGEL’ 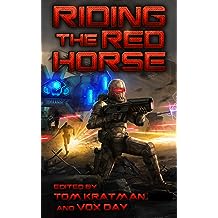 Riding the Red Horse Dec 12, 2014
by Vox Day, Christopher Nuttall, Jerry Pournelle, Thomas Mays, Rolf Nelson, Chris Kennedy, William S. Lind, Brad Torgersen, Tom Kratman
( 107 )
$4.99
The spectre of war once more looms on the global horizon. A new generation of writers and military theorists are addressing the new forms of warfare that now challenge the nation-state’s monopoly on war. Terrorism, technology, 4th Generation warfare, the decline of the Pax Americana, and the rise of China are among the issues contemplated by the 20 contributors to RIDING THE RED HORSE, the new annual anthology of military science fiction.

RIDING THE RED HORSE is a collection of 24 essays and short stories from technologists, military strategists, military historians, and the leading authors of military science fiction. From the Old Guard to the New, the anthology features some of the keenest minds and bestselling authors writing in the genre today. Three national militaries and three service branches are represented by the contributors, the majority of whom are veterans. 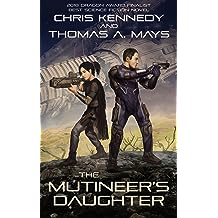 Chief Warrant Officer Benjamin “Benno” Sanchez has devoted over 20 years of his life to the Alliance of Liberated Systems’ Navy, defending his colony world from the continued encroachment of the Terran Union. His young daughter has been virtually orphaned for years, but his time away is coming to an end. His debts are paid, their lives and prospects have been secured, and he will soon achieve his dreams of freedom and a better life for his child.

On Adelaide, fourteen-year-old Mio Sanchez chafes at the limitations placed upon her. With her father away and her mother long since passed, she struggles with an indifferent foster family, too young, too poor, too female to be taken seriously. She yearns to leave her simple life and join her father in the Alliance Navy…or be anywhere but Adelaide.

Now, with all-out war underway, Benno’s devotion and sacrifice have been betrayed—Adelaide has been invaded, and his Mio is under threat by the implacable Terran forces. And the aristocrats of the Alliance plan to do…nothing.

Benno must now make a choice: Honor his oath and leave his daughter’s fate to chance…Or do the unthinkable and rise up in mutiny against his own.

And on Adelaide, Mio must also make a choice: Keep her head down and survive…Or fight against the invaders and endure hardships, horrors, and dangers far beyond what a “just a girl” is prepared for.

Sacrifices must be made…but how far will a father and daughter go to be reunited?
Read more
Other Formats: Audible Audiobook , Paperback 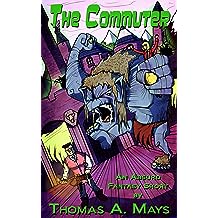 The Commuter Apr 23, 2015
by Thomas A. Mays
( 14 )
$0.99
A new, absurd short fantasy by the author of A Sword Into Darkness and REMO! Jack is a regular sort of fellow -- a father, a husband, an office drone, and a daily commuter -- living in a fantastical, changed world. Jack lives in the Fractured Lands, our Earth intermixed with the realm of Faerie after the Great Stumbling of 1888. But Jack lives his life as non-fantastically as he can, sticking to the human areas and Never Getting Off The Damned Train. However, when Faerie intrudes upon his life and endangers his daughter, everyone is going to find out that he stayed away from the Fae for THEIR benefit, not his own. Because Jack is not just a dad and an office drone. Jack is a former Marine, trained to fight the Fae, and fight them he will . . . .
Read more 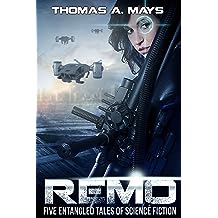 With the advent of reliable AI, the UAVs of today will only become more ubiquitous, more autonomous . . . but would Man ever allow himself to be totally removed from the equation? Enter the world of the REMO, Remote Operators leading squads of autonomous, intelligent combat units in the air . . . on the ground . . . beneath the waves . . . and to the furthest reaches of outer space.

From the acclaimed author of A Sword Into Darkness comes five tales of military and AI science fiction that will remain on your mind long after the pages are done. Includes: