You've subscribed to The Phases of Mars! We will preorder your items within 24 hours of when they become available. When new books are released, we'll charge your default payment method for the lowest price available during the pre-order period.
Update your device or payment method, cancel individual pre-orders or your subscription at
Your Memberships & Subscriptions
There was an error. We were unable to process your subscription due to an error. Please refresh and try again. 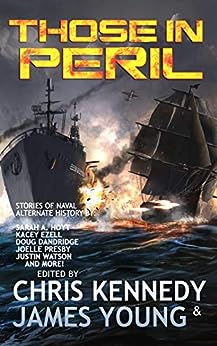 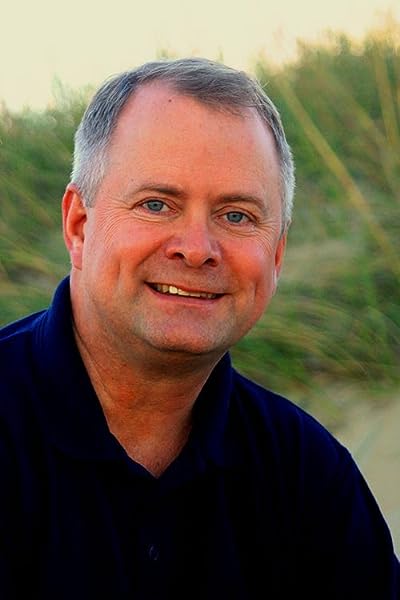 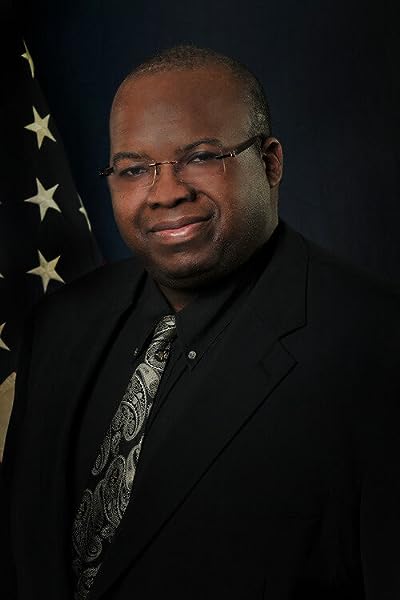 Those in Peril (The Phases of Mars Book 1) Kindle Edition

Those in Peril presents some intriguing concepts by reshuffling naval history's deck of cards.  The US and Royal navies on opposite sides in World War I, and contending along our east coast 10 years later.  Then the U.S. allied with Japan in "The Oahu Pact" during the next world war.  Along the way we see pirates, the Spanish-American War refought, another look at the Falklands-Malvinas battle, and perhaps most interesting of all: a Japanese submarine freelancing against the French during the 1950s Indochina campaign.  Full credit to all the authors for originality!
--Barrett Tillman
On Wave and Wing: The 100-Year Quest to Perfect the Aircraft Carrier
It kept me engrossed until I turned the last page, and there were a few I would love to see turned into full novels.
-- Mike Durkin, Internet Reviewer
Really good alternate history can make you do one of new things: paint actual events in a new light, or really make you think about what might have been. Excellent alternate history, like this anthology, can make you do both.
-- Mike Romero, Internet Reviewer
--This text refers to the paperback edition.

4.1 out of 5 stars
4.1 out of 5
121 global ratings
How are ratings calculated?
To calculate the overall star rating and percentage breakdown by star, we don’t use a simple average. Instead, our system considers things like how recent a review is and if the reviewer bought the item on Amazon. It also analyzes reviews to verify trustworthiness.
Top reviews

Jonathan Minion Bolder
5.0 out of 5 stars Something for anyone that ever thought, "But what if...".
Reviewed in the United States on February 15, 2019
Verified Purchase
This anthology was thoroughly enjoyable. From the heart string pulling first story through all of the what if situations of the rest. I was drawn in and happily read the fictional alternatives to the history i learned. Some amazing story tellers put their voices into this work.
Read more
13 people found this helpful
Helpful
Report abuse

DCH1400
5.0 out of 5 stars Naval Alternate History
Reviewed in the United States on February 25, 2019
Verified Purchase
This is an alternate history short story anthology that focuses almost entirely on naval combat (there are a couple of stories that actually take place almost entirely on the ground though). The alternate histories in this book are excellent (for the most part, there is one in particular that I won't mention further that I think was poorly thought out). Every single one, even the one with the poorly thought out (in my opinion) history had engaging concepts or characters, and the vast majority had both. This was a very good anthology that exposed me to a bunch of new authors who I definitely want to read more from and some worlds I would be willing to read an entire book in. The scale of the alternate histories differs, but are generally larger, with larger geopolitical differences occurring in the background, sometimes many years previously. In a special few, you witness the event that changed history, and I really liked all of those stories. It made them more engaging in a way. Am definitely looking forwards to the next in the series. I also very much appreciated that all of the stories were short, and that they didn't have a couple of novellas shoehorned into an anthology of short stories for whatever reason.
Read more
One person found this helpful
Helpful
Report abuse

Kate Vine
1.0 out of 5 stars Different.
Reviewed in the United States on March 15, 2019
Verified Purchase
An interesting series of alternative pasts/presents in various places. One thing I did notice, though, was a distinct anti-British bias. It was rather noticable to me as British born, and now Australian resident.

If this trend continues in the projected two books to follow, I don't think I'll bother to buy them.

G. Jacobs
4.0 out of 5 stars Interesting Alt-History Anthology
Reviewed in the United States on March 21, 2019
Verified Purchase
I haven't quite finished, but I read a story this morning that motivated me to get a review up. "For A Few Camels More" is simply outstanding. Justin Watson, despite his ground-pounder background, really captures the fear and unknowns of submarine combat in a world where the Cold War is being fought between U.S and Nazi Germany. Sarah Hoyt put together an exquisite character study in "For Want Of A Pin". I went from disliking the character to feeling sympathy for her as she dealt with a world beyond her control. KC Ezell's "Naked" is a tale from her Psyche of War universe. Most of the rest of the stories are pure alt-history and fun thought experiments of "what if U.S. battleships fought these guys". The only story I just could not get into was "Nothing Can Be Said Sufficient to Describe It"
Read more
Helpful
Report abuse

Rex the Cat
2.0 out of 5 stars Meh. . . .
Reviewed in the United States on May 9, 2020
Verified Purchase
I am being a bit generous in giving this 2 stars - mostly because the writing and editing are okay; however, I am giving only two stars because the story-telling in these alt-history naval warfare is close to boring. It is mostly repetitive and implausible plots of a bunch of treacherous British warships being blasted out of the water by a bunch of heroic American warships in "what if" WW 1 history had been a bit different. Not my cup of tea. I will not be buying the subsequent books in this series.
Read more
One person found this helpful
Helpful
Report abuse

David Hallquist
5.0 out of 5 stars This is a must for any fan of naval historical fiction.
Reviewed in the United States on July 20, 2020
Verified Purchase
How would the war have turned out if...
That's the question raised in “Those in Peril”. Centering on a naval theme, this anthology looks into how war at sea would have looked from a variety of different perspectives, if something had been different. From the golden age or piracy to a World War III that never was, the stories in Peril deal with the complex issues that bring about war, the strategy involved, and gripping action without ever loosing sight of stories of the brave sailors who fight such battles.
Read more
Helpful
Report abuse

Vallon Davis
5.0 out of 5 stars Outstanding Collection of Alternate History
Reviewed in the United States on February 19, 2019
Verified Purchase
What drew me to this anthology was the fact that James Young was involved, having read the first two his "Usurpers War" series I knew that this collection was going to be a great read. From the first story to the very last, readers are treated to alternate naval history stories from the Civil War, Napoleonic War, The Great War, World War 2, the Falklands, and wars in an altered time where the Greater German Reich and the U.S. are waging a new type of proxy war in Asia. Some of these could become full novels somewhere in the future. All in all this was a great anthology. Looking forward to the following two books.
Read more
Helpful
Report abuse

Dekoh
4.0 out of 5 stars Alternate military is always interesting when different decisions are made to change the course
Reviewed in the United States on February 18, 2019
Verified Purchase
Great alternate military action stories ranging from the 1600s to modern day. I particularly liked Naked, Captain Bellamy's War, and Fate of the Falklands.
Read more
One person found this helpful
Helpful
Report abuse
See all reviews

Michael B
3.0 out of 5 stars Not exactly inspiring
Reviewed in the United Kingdom on July 4, 2021
Verified Purchase
None of the stories were exactly inspiring. In spite of that I would have given the book four stars except that 20% were straight excerpts from novels. Filling short story collections with ads is a rip off.
Read more
Report abuse

Big B
4.0 out of 5 stars A good verity of stories
Reviewed in the United Kingdom on January 13, 2020
Verified Purchase
A great way to find new authers to read
The short stories cover 3 books, land, sea and air. This edition was sea and alternate events to battles, great reading
Read more
Report abuse

Scott Osmond
4.0 out of 5 stars Some Great Tales
Reviewed in Australia on March 17, 2019
Verified Purchase
I enjoyed this collection. From the thundering line of battle to aircraft carriers some great authors play around in the sandpit of what if? A genre which is a favourite of mine. Like all collections some stories are stronger than others but no real duds. For Want of a Pin didn't quite work for me but taste is subjective. I'll be reading the next collection.
Read more
Report abuse
See all reviews