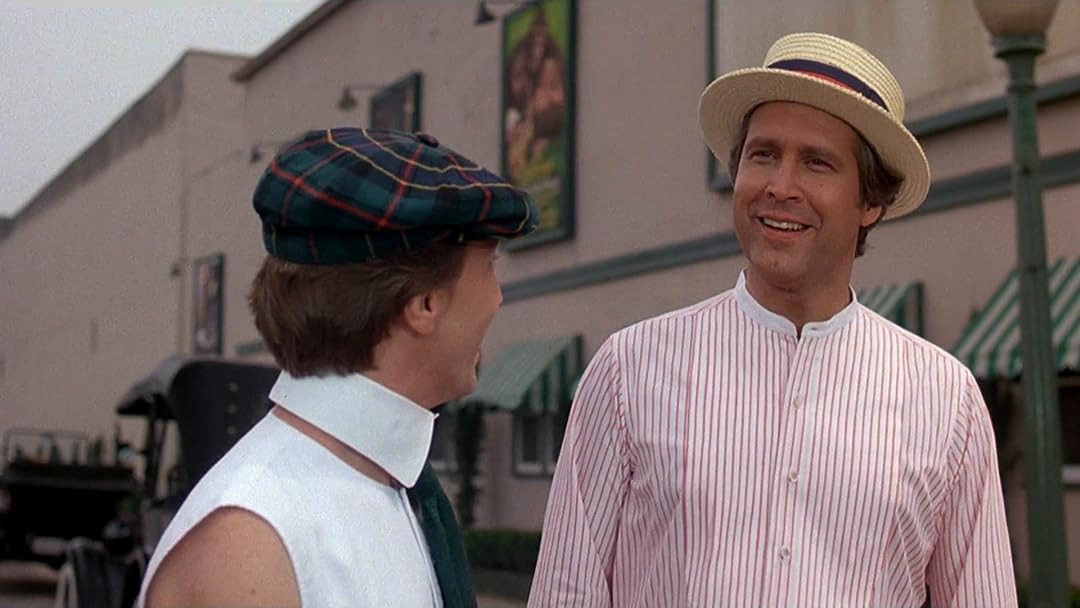 (12,110)
6.51 h 43 min1986X-RayPG
A trio of silver-screen Western heroes are summoned to the town of Santa Poco, Mexico, which is under siege by bloodthirsty bandits. Believing it's just a 'personal appearance,' they answer the call and find they're up against real banditos!

TomDelongeReviewed in the United States on April 19, 2017
5.0 out of 5 stars
I love this infamous movie.
Verified purchase
If I could have, I would've purchased a plethora of these.
106 people found this helpful

BoneWizzoReviewed in the United States on December 2, 2018
1.0 out of 5 stars
NOT MULTI-FORMAT!
Verified purchase
I LOVE this movie... But I ordered the “multi-format disc and received only the Blu-Ray. Don’t get me wrong, I’ll still be saying the magic words to summon the invisible swordsman, but if I order “multi-format” I expect to receive multi-format.
36 people found this helpful

Amazon CustomerReviewed in the United States on July 13, 2019
1.0 out of 5 stars
Poor video transfer quality has the streaming version shaking like an earthquake the entire time
Verified purchase
The Prime Video streaming version quality is TERRIBLE. Whoever did the transfer from film to video did an awful job. The screen shakes the entire movie. This is most noticeable with titles and vertical surfaces, which vibrate on the screen.

This needs to be remastered or at least retransferred by the distributor. Until it is, Amazon should not be charging $4 for an HD version of it.

NaySayReviewed in the United States on June 29, 2020
4.0 out of 5 stars
A family favorite
Verified purchase
Yes, it may seem a corny movie but this has become a family favorite for three generations of our family. The movie is a character study of how one can rise to the top and be the best version of oneself. Unfortunately, there is some gun violence but nothing gory. There is no profanity that I can recall. The time period is set during the silent movie era and an untamed Mexico is where most of the story unfolds. This is purely an entertainment movie, the actors do a great job with their characters and there actually is a logical storyline with a happy ending. There are phrases from this movie that our family has recited for years. The spouses of our children initially looked at us in bewilderment during their first screening but the movie has won them over.
5 people found this helpful

Dave H.Reviewed in the United States on April 11, 2019
5.0 out of 5 stars
Classic movie is just as funny now as it was 20+ years ago
Verified purchase
My 9 year old and his two friends were dressing up as the 3 amigos for Halloween so they had to watch the movie for inspiration right? Best thing is that they learned the arms crossing move and would do it together. Great halloween costume idea inspired by one of the classic comedies of all time. If you haven't seen this do yourself a favor and take a peek at this hilarious movie.
8 people found this helpful

Simon MagusReviewed in the United States on June 13, 2020
3.0 out of 5 stars
holds up better than I expected
Verified purchase
I saw this when it came out, and I haven't seen it since. A lot of the comedies from this era are simply cringe-worthy today and difficult to sit through. This doesn't fall into that category, though. I was expecting to be met with lots of insensitive humor and racial stereotypes, and while some of that exists in a broad manner, none of it comes across as particularly malicious. Most of the humor of the movie comes at the expense of the 3 main characters and their lack of self-awareness. Adam Sandler could stand to take some notes from this. All of that being said, it's still a dumb comedy. As a movie in general, it's 2/5 stars for me, but when compared to other comedies of the era, it's probably 3.5/5 stars.
3 people found this helpful

HoiPolloiReviewed in the United States on January 16, 2020
2.0 out of 5 stars
You want it to be funnier
Verified purchase
Here's a movie with a few hilarious scenes. But otherwise it's kind of boring and just doesn't click. It's actually funnier seeing Steve Martin or Martin Short _talk_ about the movie on various late night shows than it is watching the film. It's worth watching once. But otherwise it's a sub-par effort, and a lazy movie-about-the-movie-business script.
4 people found this helpful

joel wingReviewed in the United States on January 18, 2022
2.0 out of 5 stars
The comedy is just too tame
Verified purchase
Many consider this a comedy classic but I’ve never seen it all the way through. The story is a spoof of 7 Samurai as a poor town turns to the Three Amigos to save it from bandits. The Amigos however are actually actors not heroes.

The problem with The Three Amigos is that it is so tame. It’s like a family comedy that you’re supposed to bring your little kids to. That means I laughed a couple times but I never felt it was really funny.