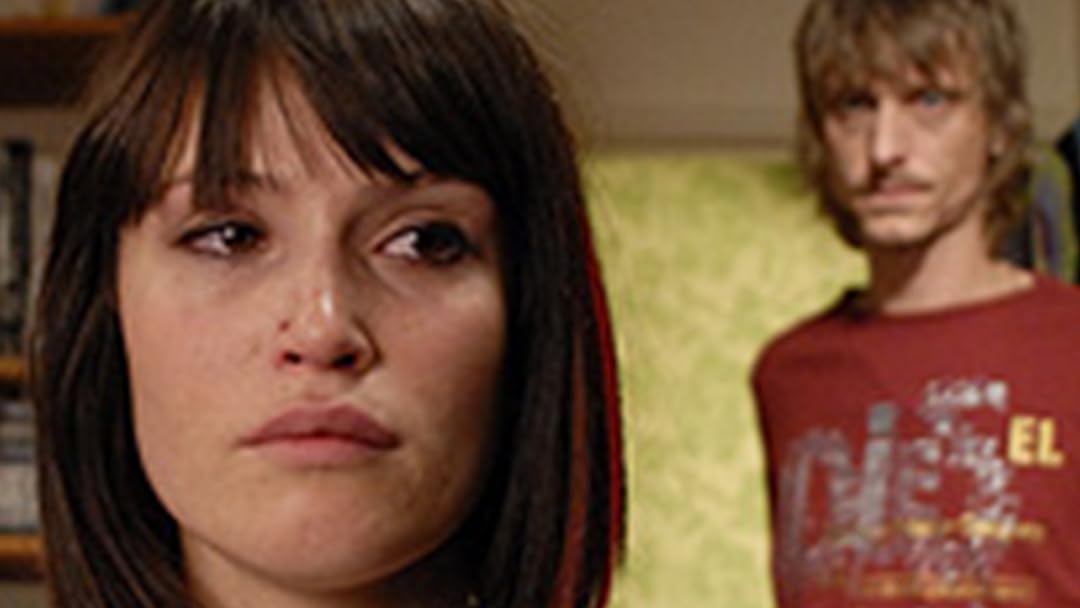 R HudsonReviewed in the United States on March 4, 2021
5.0 out of 5 stars
An Under-Appreciated Gem
Verified purchase
This movie flew under the radar for most of us in the United States and the rest of the world. It’s a hilarious and unexpectedly sweet love story, set against a darkly comical story about realistic issues with depression and suicide. Believe me that it really does achieve the perfect balance of poignancy with hilarity!! This movie is like lemonade: It has a sour flavor that’s perfectly complimented by its unconventionally sugary sweetness.

Suicide is one of the LEADING CAUSES OF DEATH FOR MEN around the world, and yet it seems like we never seen any movies or other stories that really take a bracing look at that...while also showing there is hope and more to life. This movie doesn’t flinch at stating that hard topic in the face, while magically managing to make it believable, poignant and even funny.

I’m not giving anything away in saying I think that the second to last scene is why this movie didn’t play well in other places in the world. Just be opened to seeing all sides of a difficult topic, with frankness and good humor. It’s not REAL, after all, but it’s still full of meaning. Not everyone will get it or be willing to accept the premise, but you have to be willing to accept that not every story has to have the ending we expect for it to still be happy. I find this story heartwarming in a way almost no other movie I’ve seen has ever been. Maybe it’s because I’ve actually BEEN a railroad conductor, that I know how much this story means...but I saw it before I ever worked on the railroad and I loved it then too.

I think any of you who gives this movie a try will agree with me that it’s a forgotten treasure, and I bet that if you don’t buy it here, then you may never see it available anywhere else. It’s full of awesome 1990s Englishness and punk/goth reminiscence, while keeping you on your toes as far as where the story is going...

This is a comedy like you’ve never seen before, no matter how many dark comedies you may have seen. Give it a try and I think you’ll be glad you did. If you already have seen it, then you might as well purchase it while you still can...This movie isn’t well-known enough to be easy to get in the future!!

This is a great movie for the true dark comedy movie-lover!! If you have a girlfriend who has an appreciation of atypical romantic comedies, this has them all beat...It will stick with you, making you laugh while making you think all the way.

errin spellingReviewed in the United States on July 3, 2019
4.0 out of 5 stars
What a strange rule
Verified purchase
If 3 people commit suicide ,in front of your train, the company considers it so traumatic, you get 10 years pay and leave,if this happens in a month. Is it not just as traumatic if this happens in 35 days or 95 days. This was a very good script and the acting was wonderful. How can you not enjoy watching this film. You have friendship, love, bad health,burglary , sharks and funny happenings.
One person found this helpful

Amazon CustomerReviewed in the United States on November 12, 2019
3.0 out of 5 stars
amusing story with a fun premise
Verified purchase
crook has a very unique look, and style. you can’t help but watch this guy. the story is kind of fun, as is the premise. a number of pretty amusing events take place, and imelda staunton steals the scenes she is in. a fun film to watch, entertaining and likable people. not great cinema but certainly worth a watch.
One person found this helpful

WesManReviewed in the United States on September 29, 2019
4.0 out of 5 stars
Great little Gem...
Verified purchase
Very original plot twist, and I'm glad to see not all films shy away from reality, and add a bit of catharsis. MacKenzie and Colm are solid, but the woman playing Rose was exceptionally good. I gave it four stars only because there were some plot holes. Still.... well done!
One person found this helpful

WKEReviewed in the United States on September 23, 2019
5.0 out of 5 stars
Mackenzie Crook, Sharon Duncan-Brewster, Colm Meaney Are Knock OUts
Verified purchase
A hum dinger of a film, without compromise, tells a tale in quirky, straight no chaser that light up the screen, and sends you to the moon.
2 people found this helpful

pjReviewed in the United States on June 8, 2019
1.0 out of 5 stars
Crappy subject matter poorly acted
Verified purchase
The premise of this show is in very poor taste and is not at all well acted or presented. Watched about 10 minutes before switching it off and watching something else it was that bad. And I paid for that privilege!!!!
One person found this helpful

K. WoodReviewed in the United States on May 23, 2014
5.0 out of 5 stars
A suicide pact with a twist
Verified purchase
Two individuals make a suicide pact. The individual who will assist, meets the family of the proposed 'victim'.
Gemma Arterton (St Trinians) and Mackenzie Crook (Pirates of the Caribbean) make this film (Although Colm Meaney (Star Trek Next Generation) preforms brilliantly).
Despite the rather gruesome plot, the storyline has a happy outcome.
9 people found this helpful

FineWineAgingReviewed in the United States on October 29, 2020
3.0 out of 5 stars
Oh......
Verified purchase
What is the difference between depression and this movie? One thankfully ends.
See all reviews
Back to top
Get to Know Us
Make Money with Us
Amazon Payment Products
Let Us Help You
EnglishChoose a language for shopping. United StatesChoose a country/region for shopping.
© 1996-2022, Amazon.com, Inc. or its affiliates