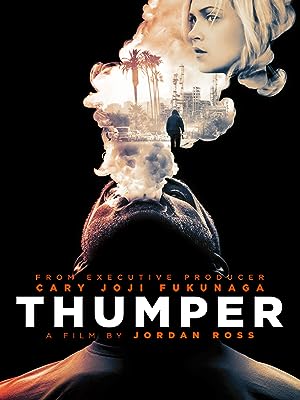 (104)5.91 h 32 min201718+
Teens in a low income neighborhood are lured into working for a violent and dangerous drug dealer. When a new girl harboring a dark secret arrives in town, their relationship jeopardizes everything.

Remy ChevalierReviewed in the United States on November 18, 2017
4.0 out of 5 stars
Feel sorry for everybody!
Verified purchase
Good film. Absolutely love Eliza Taylor, who played her role perfectly. Big fan of the 100. But (spoiler alert) would have really like to know what happened to the Beaver character at the end... His fate in all this is never addressed. The consequences of his decision? Kinda strange and unsatisfying.
5 people found this helpful

AJReviewed in the United States on December 30, 2017
4.0 out of 5 stars
Honestly a solid movie
Verified purchase
Why is this movie rated so bad on Imdb? I honestly really liked it. Solid plot, good ending, pretty exciting overall. It dragged on at parts, but it was an interesting plot, though I admit the plot is a mashup of a bunch of plots you have probably seen before. Overall, a good watch, and I will probably watch it again.
2 people found this helpful

Debrina MariaReviewed in the United States on November 23, 2017
4.0 out of 5 stars
Really Good Movie.
Verified purchase
Really good movie. Outstanding acting. We really enjoyed the movie. Can't seem to find too many that Im crazy about here lately. Watch a ton of movies regularly.
5 people found this helpful

PhoebeFeedReviewed in the United States on November 8, 2017
5.0 out of 5 stars
Worth the Wait
Verified purchase
I love Eliza Taylor in [[ASIN:B00IUX4VQ8 The 100]] and Pablo Schreiber in [[ASIN:B06XW95BJF American Gods]] so this movie was a must see for me and they were the main reasons I was drawn to this film. I've been watching trailers and publicity clips of the movie for months since its debut at Tribeca and have been not so patiently waiting for it to be available to rent. I like films that go beneath the surface of public issues - the war on drugs, the challenges of veterans, poverty... This film hits all these areas and shows things are never as black and white or neat and tidy as we'd like or expect.

Pablo Schreiber is terrifying and predictable in his role as a drug dealer yet complex in other dimensions of his character's life - father, father-figure and veteran. Eliza Taylor is an actress whose star I want to see continue to see rise. I love her in the lead role of Clarke on The 100 and her performance in Thumper shows she has true talent and range. Her character here, Kat Carter, has her heart in the right place but has trouble keeping it on track. She's failing in all areas of her life and Eliza plays all those facets well. I especially enjoyed seeing her in a maternal role - something she'll be doing more of on The 100 in season 5 so it was nice to get a glimpse of that here. Though I'm used to seeing Eliza's life in jeopardy on The 100, there were several times in this film where I had to pause and walk away because I feared for Kat's life and it was too intense. There are definitely some heart-pumping moments.

Ultimately, there are no winners in this game of life/world of struggle and you find yourself feeling sorry for the life some people live simply because of circumstances they were born into or forced into by chance. This is not my standard genre so I don't have other films to compare it to but I felt like the main actors put up solid performances. I was disappointed Lena Headey didn't have a bigger role and found I really enjoyed Daniel Webber (who I haven't seen before) in his role as Beaver. I felt the ending was a bit rushed but not so much that I would lower my rating. I definitely recommend if you are a fan of any of the stars or if you enjoy this type of film.

kristi WinchesterReviewed in the United States on October 1, 2020
5.0 out of 5 stars
Great
Verified purchase
Great movie
One person found this helpful

Amazon CustomerReviewed in the United States on August 21, 2021
4.0 out of 5 stars
Add to your Pablo watchlist
Verified purchase
Interesting story. He plays a bad boy well.

CrissyReviewed in the United States on April 24, 2019
4.0 out of 5 stars
Good movie
Verified purchase
Very realistic movie.
One person found this helpful
See all reviews
Back to top
Get to Know Us
Make Money with Us
Amazon Payment Products
Let Us Help You
EnglishChoose a language for shopping. United StatesChoose a country/region for shopping.
© 1996-2021, Amazon.com, Inc. or its affiliates