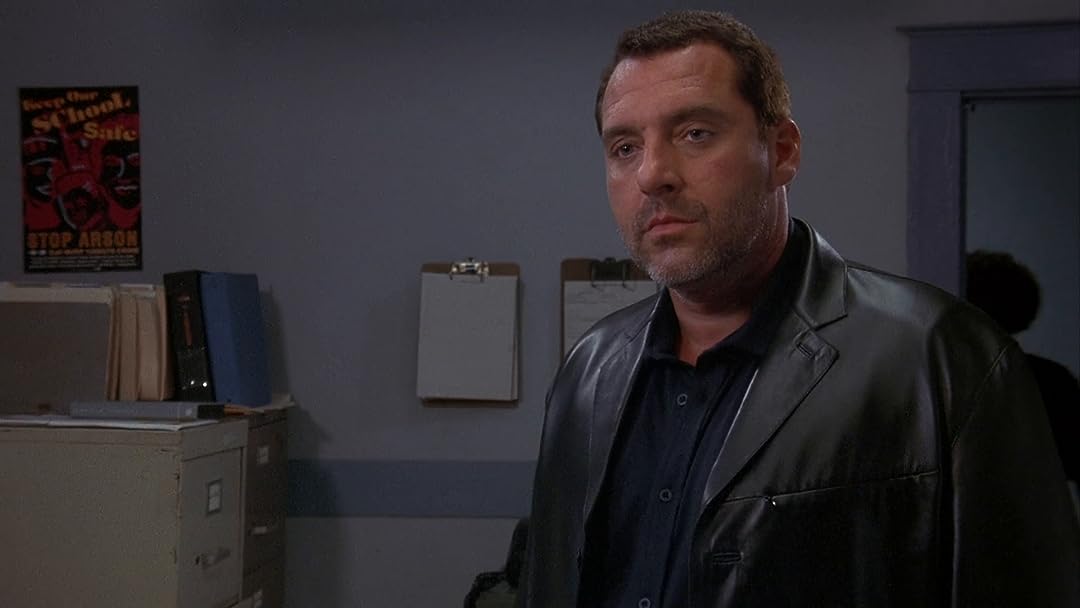 (181)
1 h 31 min2001R
When a mad bomber (Dennis Hopper) descends on San Francisco, it's up to two men to uncover his plot and find the massive bomb hidden somewhere in the city.

James E. AddisonReviewed in the United States on July 3, 2021
1.0 out of 5 stars
1.5 stars.
Verified purchase
HEY PRIME. PLEASE MAKE SEEING YOUR PREVIEWS AN OPTION SETTING SO I CAN STOP THEM FOREVER!
1 stars: Couldn't watch more than 15 minutes. Unwatchable, or language not as described.
1.5 stars: Just started it to get if off my, "movies we think you'll like", list permanently.
2 stars: Jumped my way to the end for the ending. Unwatchable, but interested in how this turd ended.
2.5 stars: I fell asleep, or closed my eyes for most of it.
3 stars: Watched it all, but not happy about it. Nothing better to do.
4 stars: I watched it, liked it well enough. Would never watch it again.
5 stars: Great moving picture show! I'll watch it again, and maybe again in a few years.

Bruce WinningReviewed in the United States on June 12, 2019
5.0 out of 5 stars
Steven Seagal
Verified purchase
He is my favorite. He always provides the violence and excitement that I require. There is quite a lot of explosions. There is the standard Kung Fu that I love about Steven Seagal. Thank you Amazon Prime Video for sending a link for a list of movies that are like what I have already enjoyed. I got 7 and only aborted 1 because I was not in the mood to read. This one is straight up American English.
2 people found this helpful

AliKatzzzReviewed in the United States on March 2, 2020
5.0 out of 5 stars
I really liked it
Verified purchase
I didn't think I was going to like this movie, but it was good. Good cast, Tom Sizemore did a good job as did Segal! He wasn't his usual arrogant self...hahaha.
2 people found this helpful

errin spellingReviewed in the United States on November 6, 2020
3.0 out of 5 stars
"it's called a device, not a bomb"
Verified purchase
why is dennis hopper so mean. the church lady tried to explain, that perhaps it was Satan. we have three stars listed, but there is a fourth, a woman. there are lots of explosions, because dennis hopper is mad, in every way. how can Seagal stop him.

DominickReviewed in the United States on May 23, 2021
1.0 out of 5 stars
Written by a high school drama class?
Verified purchase
Kept waiting for some improvement, but bailed after half an hour. It just got worse as it moved along. Just a very poor script for these usually good actors, Seagal aside. Plays out more like a comedy, than drama.

The story, in short:
San Francisco is plagued by the antics of a dangerous demolitions expert (Dennis Hopper, [[ASIN:6305176299 Speed]]), pursued by Ray Nettles (Tom Sizemore, "Saving Private Ryan") - a vengeful detective looking to avenge the death of his partner (Nasir "Nas" Jones) - and the city's bomb squad, led by the Zen-practicing martial artist Frank Glass (Steven Seagal, [[ASIN:0790732238 Under Siege]]). They must seize the criminal before his plot to rain destruction down on the entire city is realized.

For starters, even though this is a movie of diverse theatrical talent - including Jaime Pressly ("My Name is Earl") as the bomber's girlfriend - the acting leaves very, very much to be desired: the fact that "Mumbles" Seagal gives a performance to cry about is a given, but not only does Sizemore lose his edge in between shouting at Nas and Pressly, but the usually-adamant Dennis Hopper features the most amazing disappearing accent. Yes, a disappearing accent - he's Irish in one scene, and not Irish in another. No rhyme or reason to it. I hate to say it, but no-name actress Linda Castro gives the best performance of the film as a schizophrenic homeless woman.

The film plays like an uninteresting thriller: the bomber plays cat & mouse with the police, blowing up things at will while Nettles runs around as clueless as a beheaded chicken and Glass spouts Zen nonsense from behind his desk. Other than the shooting of Nettles' partner (Nas is featured on the cover of the film, but his total screentime doesn't top five minutes), nothing really exciting happens until the end - no car chases, no sex scenes, and sparse shootouts. Even when we do get to the end, the only thing we're treated to is a silly gunfight and the two absolute worst hand-to-hand fights that Seagal has ever been involved in. Blah.

What decisively kills the movie for me, however, is that it seems so very small. The scale of the film pales in comparison to anything that the cast has done before, and makes it seem like most of the movie was shot in the parking lot behind the production building. Add to that the fact that the film liberally incorporates footage from the Dolph Lundgren movies [[ASIN:6305669562 Sweepers]] and [[ASIN:B0000203YZ The Peacekeeper]], and what you're left with is a certified bomb, even where direct-to-video releases are concerned.

Luckily for Sizemore, he was immediately able to salvage his career with [[ASIN:B000065U1N Black Hawk Down]]. Hopper and Seagal, however, continue drift rather listlessly from project to project, with the latter's face not having seen the inside of a movie theater since the release of his following film, [[ASIN:B0000844MD Half Past Dead]]. While I don't contribute their ensuing lack of success to "Ticker", the movie best serves to show where the careers of these actors were headed at that time - nowhere.
7 people found this helpful

NateReviewed in the United States on December 25, 2005
1.0 out of 5 stars
Crapper
Verified purchase
'Ticker'...oh where to begin?

Usually I write pretty in-depth reviews about Lord Steven's films but with 'Ticker' I'm not even going to bother. Here's the only way that I can explain this film: take the laziest and most ineptly made film you've ever seen, take a dump on it, then throw it against a wall, and then wipe yourself with it. That is 'Ticker'.

Lord Steven is nothing but supporting cast as a hippie bomb squad leader. Tom Sizemore apparently took some time off from rehab or jail or wherever he was supposed to be to play the burnout cop. Some various annoying rappers show up and are all killed off in a matter of seconds. Dennis Hopper rolled out of bed to obviously just get an easy paycheck to play a mad bomber with no real agenda and throws in a constantly disappearing/reappearing terrible Irish accent just for kicks. The director(Albert Pyun, auteur of other direct-to-video hunks of crap)must have been trying to one up crapmaster Uwe Boll for complete disregard for filmmaking. Oh, and there must have been a sale of black leather jackets somewhere because every single character in this film wears one. Every single person. Even extras sport them.

'Ticker' is, by approximately five thousand times, the worst film Lord Steven has ever been in. And that is saying something if you have seen other Seagal flicks such as 'Today You Die' or 'Out Of Reach'.

Pure, unadulterated fecal matter. I'd rather burn my privates with cigarettes than watch this stinker again.
7 people found this helpful

LCowboysFANReviewed in the United States on January 3, 2019
2.0 out of 5 stars
One of the weakest S Seagal movie out there
Verified purchase
Kind of lame story, Dennis Hopper collecting a paycheck. Like others noticed the production got a bulk price on black leather jackets. Lol
Not that great.
See all reviews
Back to top
Get to Know Us
Make Money with Us
Amazon Payment Products
Let Us Help You
EnglishChoose a language for shopping. United StatesChoose a country/region for shopping.
© 1996-2022, Amazon.com, Inc. or its affiliates