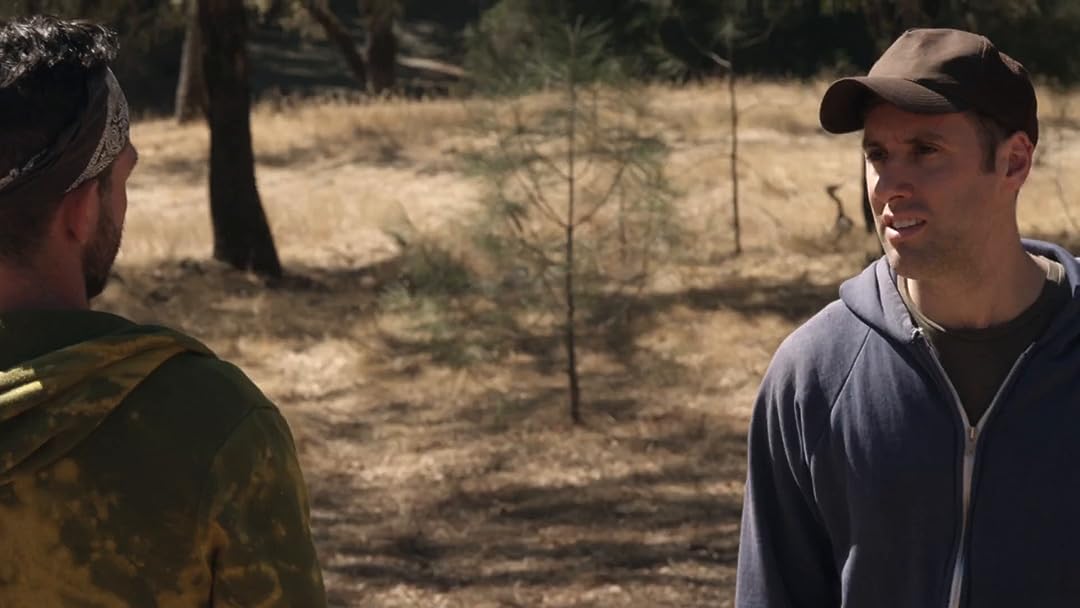 (118)
6.51 h 15 min201518+
Chet and Todd, estranged gay brothers, grew up in a small town in Central California with a homophobic, working class single father. While Todd ran off to Los Angeles and is now out and proud, Chet stayed at home and remained mostly closeted. Broke and homeless, Todd returns to the brother he left behind. Resentments boil to the surface as "Tiger Orange" serves a depiction of family dynamics.

There were two scenes (one minor and one major) that, while brief, were really quite good. The minor occurs when the female assistant at the hardware store arrives to work on her day off when the younger brother didn’t show up to help out. Clearly, she knew the younger brother’s history. It’s a quick moment but telling and she’s quite wonderful. The second is the male buyer who returns to the store to buy the tiger orange paint. An old-timer, straight, but has quietly accepted that, after all these years, the older brother is gay, but that’s OK. He (the straight guy) will continue doing business at that particular hardware store. It was, for me, the best scene in the movie. Understated, but effective.

Tmm BReviewed in the United States on August 31, 2015
4.0 out of 5 stars
Really good sleeper movie..
Verified purchase
Nice movie about two gay brothers who have taken different paths in life and how they have come back together after years apart. Johnny Hazzard plays one brother who is outspoken, a major flirt, and a party type guy who does what he wants when he wants and to whomever. He is easy on the eyes and makes no bones about his sexuality. Mark Strano plays the other brother he is a homebody who has stayed in the family home and continued to run the family business. He is not the social butterfly, more protected and straight acting. The two brothers find themselves back together as the fancy free brother is broke and homeless and needs somewhere to land and the more put together brother needs to open up himself more and be true to who he is.

K T MReviewed in the United States on May 12, 2020
5.0 out of 5 stars
Probably 4-1/2 stars and enjoyable
Verified purchase
I liked that it's a bit different from the run-of-the-mill gay films, especially in style. Scenes shift quickly, backwards and forwards in time. And they start and end abruptly. It requires your attention. I think the focus was a little muddled and the "free" brother was a bit exaggerated for belief, but overall a good film that kept my attention. I wanted to spend more time with the main characters.
2 people found this helpful

James ShortReviewed in the United States on August 18, 2021
4.0 out of 5 stars
Gay brothers - I can identify, Thank You.
Verified purchase
Gay brothers have a special and challenging bond, take it from one who knows. Excellent depiction of the family stressors and challenges between gay brothers. My relationship with my brother corresponds quite well to these 2. I loved the movie, the characters, and the memories it brought up. Thank you.
One person found this helpful

TpoppReviewed in the United States on May 10, 2022
4.0 out of 5 stars
Great slower chilled paced movie
Verified purchase
One of the brothers (Chet) hit home for me living in a smaller town. Even in '22 I hear a lot of bigot talk and the expectation/shame you to never talk about being gay or show it. The tale of two jealous brothers over the other's life while not original felt like it told its story nicely. Acting wasnt as bad as other reviews, just dont expect oscar award winning. For being a kickstarter movie it was 5/5 stars. But they never explained what happened to the store at the end.

LohengrinReviewed in the United States on September 24, 2020
4.0 out of 5 stars
Interesting situation
Verified purchase
and interesting characters. I thought the two leads provided excellent performances. I'm not sure how we get from the scene by the creek to the Christmas scene. Around then the script gets quite flashbacky. But, recommendable.
2 people found this helpful

LiyaReviewed in the United States on April 24, 2022
4.0 out of 5 stars
Expected but Informative
Verified purchase
This movie reminds me of GBF (if you ever saw it), but the kin version. The concept does not read cliche to me, but it teeters on preconceived notions you might develop from the description itself. Chet wanted to be Todd all his life; the out, proud, unapologetic and free-spirited spitfire who lived his truth. Chet living a closeted lifestyle and resenting his brother for it, all because his father made him internalize that homophobia, I thought it was a real message. Being gay needs acceptance and living in your truth makes your life so much more better. It is a movie you can follow passively and still know what is happening.

1_DemanReviewed in the United States on September 16, 2020
4.0 out of 5 stars
Easy watch.
Verified purchase
The movie is a nice take on two gay brothers and their life after a domineering father the could not deal with the knowledge of having gay son. I found part to be a bit difficult to believe such as how after "Chet" treated "Brandon" after "Todd" tried to kiss him. Over all it is one of the better made gay dramas I have seen.
One person found this helpful
See all reviews
Back to top
Get to Know Us
Make Money with Us
Amazon Payment Products
Let Us Help You
EnglishChoose a language for shopping. United StatesChoose a country/region for shopping.
© 1996-2022, Amazon.com, Inc. or its affiliates