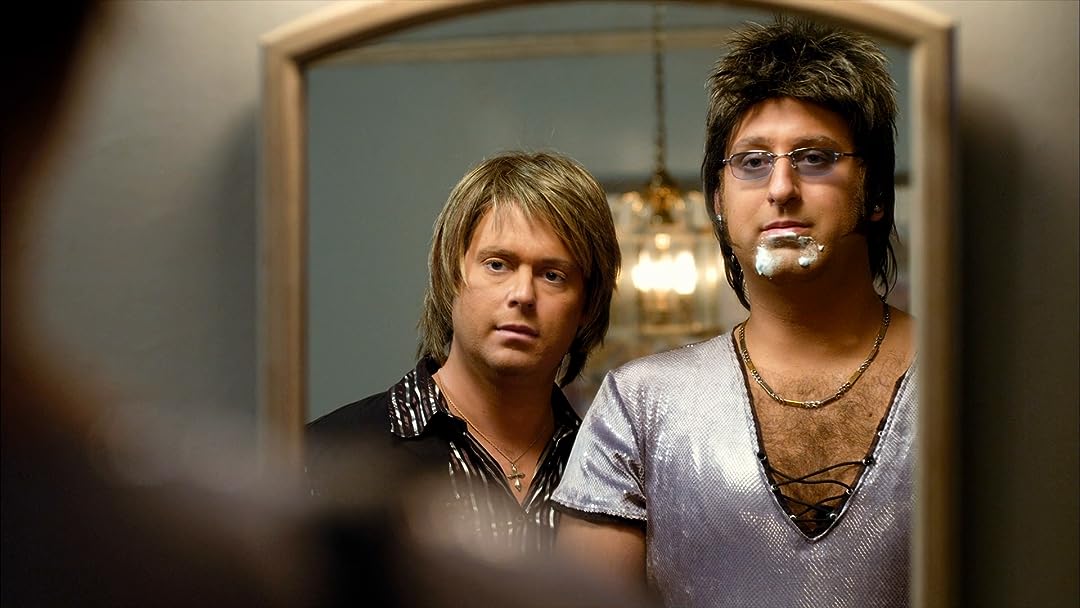 (589)
5.31 h 33 min2012X-RayR
An all new feature film from the twisted minds of cult comedy heroes Tim Heidecker and Eric Wareheim ("Tim and Eric Awesome Show, Great Job") featuring cameos from "Awesome Show" regulars and some of the biggest names in comedy today!

Feo AmanteReviewed in the United States on March 29, 2021
1.0 out of 5 stars
Reeks of Desperation
Verified purchase
Whew! I finally stopped at around the 16 minute mark, but it felt like an hour.

With a desperation so powerful I could nearly smell it, Tim and Eric do nothing funny yet obliviously grip their self-own as if, by holding the jokes underwater long enough, a bubble of something funny will surface and *POP*, just because they're so committed to suffocating it.

In only 16 minutes they repeated (many times over) all the jokes they didn't already telegraph - as if they felt contempt for their audience and felt they had to virtually spoon feed them.

Humor is subjective of course. My Pop had a sense of humor over his old tapes of Looney Tunes, Three Stooges, and (ugh) Jerry Lewis, but he could never so much as smile over Monty Python, Southpark, or Courage the Cowardly Dog. Mom likes Full House and Golden Girls, but can't stand Archer or Rick and Morty.

As for me, I still have no idea what anyone sees in Andy Sandburg or Adam Sandler (two stars who collided in That's My Boy, which came out the same year as Tim and Eric's movie). So there's my bandwidth if you share it.

If the day ever comes when Tim Heidecker and Eric Wareheim admit they merely ordered a sticky note cube of rejected Saturday Night Live bits for this movie, and through repetition padded them out to feature length, I will not be surprised.

Joe A. TunonReviewed in the United States on March 9, 2021
2.0 out of 5 stars
Typical awesomeness except involving kids
Verified purchase
Was psyched to watch Tim and Eric do their thing after having cracked me up with their twisted sense of humor for so many years on TV. The movie did not disappoint... until some young boys were brought into it. Really? Having the one boy playing Eric's "son" with a couple of very uncomfortable moments, and having the group of boys crapping on Tim and a couple of other clearly inappropriate scenes to involve these young boys took this from Tim and Eric awesomeness to simply not cool. And not funny any more.
9 people found this helpful

kirkReviewed in the United States on March 20, 2021
1.0 out of 5 stars
not very good
Verified purchase
has about 10 mins of funny moments the rest of the film is pretty much garbage. There's also some questionably awkward moments that are borderline criminal involving kids. These guys are hollyweird scumbags for sure. I would say not worth watching
12 people found this helpful

Michael A.Reviewed in the United States on January 18, 2022
1.0 out of 5 stars
Not funny
Verified purchase
I've seen a few reviews saying "it's just like the show". Such reviews are using this as a compliment and giving the movie a high score.

As someone who enjoys comedy but has never seen the show this fim is based on, I can only conclude the positive reviews are sarcasm or it's some sort of cult thing. This movie is definitely not funny. If you enjoy the show, all indications are that you will enjoy this movie.

However, if you like comedy, something light, and a few laughs, then definitely skip this. I actually went through the whole thing, skipping ahead when yet another gag or "joke" missed the mark. There's nothing funny here.

There are cameos, but they amount to nothing. If you like any of the actors with a cameo, you're better served watching one of their movies that you know you like.

Basically, I watched this movie so that you don't have to. Don't repeat my mistake of thinking there must be something funny or interesting ahead. There isn't.
5 people found this helpful

CurtWReviewed in the United States on March 23, 2021
1.0 out of 5 stars
Nothing to see here, unless you are a sick pervert
Verified purchase
What a tasteless piece of garbage. And to use kids in filthy scenes? C'mon guys, takes alot to offend me, but seriously, this movie should just go in the can. I'm trying not to be mean, but it really is that bad. Ferrell? Forte? Why would you be part of this? You sorry suckers.
9 people found this helpful

AWPReviewed in the United States on February 24, 2022
1.0 out of 5 stars
Can't believe I watched that
Verified purchase
Amazon programming has gotten so incredibly bad--all the movies they have, the original productions. Honestly thinking of canceling my membership over all this trash and the woke drivel they are making. This was horrific.
3 people found this helpful

Mortal FrailtyReviewed in the United States on January 27, 2020
5.0 out of 5 stars
I give this film Cinco stars!
Verified purchase
Ridiculous, raunchy, cheesy, hilarious.
Typical Tim & Eric.

Lots of comedic cameos, just like the TV show.

An FYI that this film is a bit more mature in content than the show because it didn't air (as far as I'm aware) on TV, so expect a bit more language and adult content is all.

Otherwise, this film made me laugh out loud several times with its over-the-top stupid humor- especially the bath tub scene....

If you're a fan of the show, then check out this movie, ya dingus!
4 people found this helpful

What am I supposed to do? Who am I?Reviewed in the United States on February 8, 2021
5.0 out of 5 stars
Awesome movie - Great job!
Verified purchase
Absolutely worth every penny of your billion dollars. It's got shrim and Diamond Jim (played by the amazing John Depp). What more could you want? Go get this movie. Maybe snag Top Gun on VHS if you have some money left on the gift card you got from a family member or friend. Give it two watches back to back. Amazing. I give it 6 stars, but Amazon will not allow me to display the sixth one accurately, but it's still there. Great job!
2 people found this helpful
See all reviews
Back to top
Get to Know Us
Make Money with Us
Amazon Payment Products
Let Us Help You
EnglishChoose a language for shopping. United StatesChoose a country/region for shopping.
© 1996-2022, Amazon.com, Inc. or its affiliates